PHOTOS: While most stores are closed, some retail activity remains at Tysons Corner mall

One of the hubs of commercial activity in Northern Virginia showed signs of life on Saturday, as some shoppers trickled into Tysons Corner Center. While the mall itself had not been officially closed during the coronavirus pandemic at any point, many stores chose to close on their own.

A few stores, such as Kay Jewelers, Forever 21 and Altar’d State, were open. According to Northern Virginia resident Dorothy Gundy, who provided the photos to WTOP, stores were asking shoppers to line up in the concourse and letting a few people in at a time.

A number of the mall’s restaurants are open for takeout and curbside pick-up.

The last time the mall was open with regular hours was close to two months ago. It is currently open from 11 a.m. to 7 p.m. Monday through Saturday, and noon to 6 p.m. on Sunday.

While much of Virginia began to open up commerce again on May 15, Fairfax County continues to be exempted from Gov. Ralph Northam’s “Phase One,” until at least May 28. 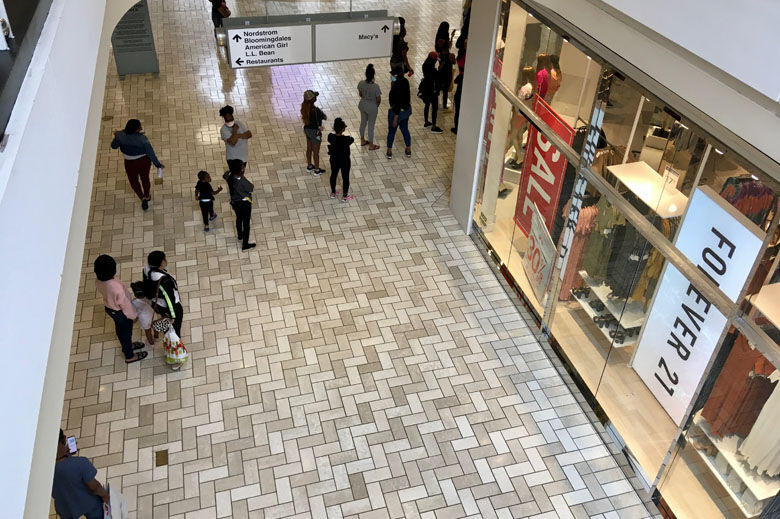 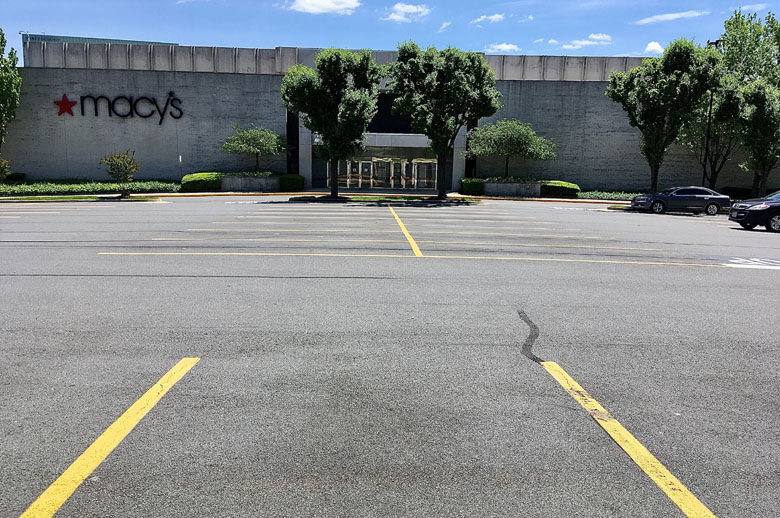 2/8
An empty parking lot near the Macy’s entrance at Tysons Corner Center on May 16. Photo courtesy Dorothy Gundy. 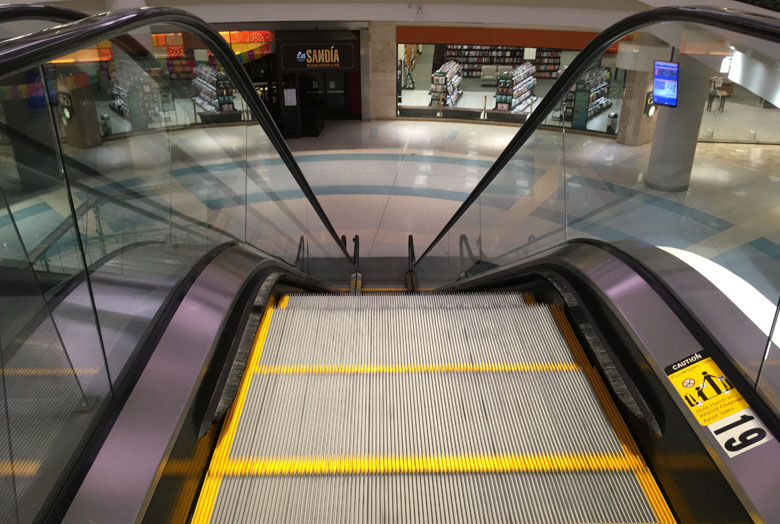 3/8
The escalator usually ferries shoppers down to the lower level in front of Barnes and Noble. Photo courtesy Dorothy Gundy. 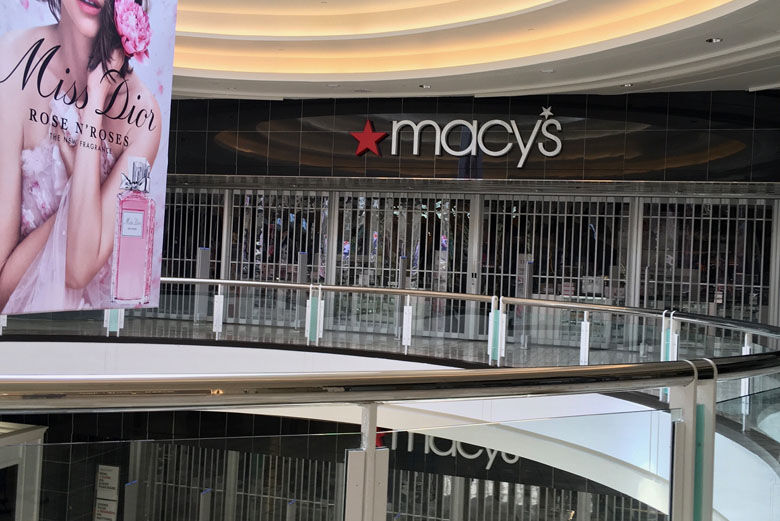 4/8
The locked and gated Macy’s storefront at the mall. Photo courtesy Dorothy Gundy. 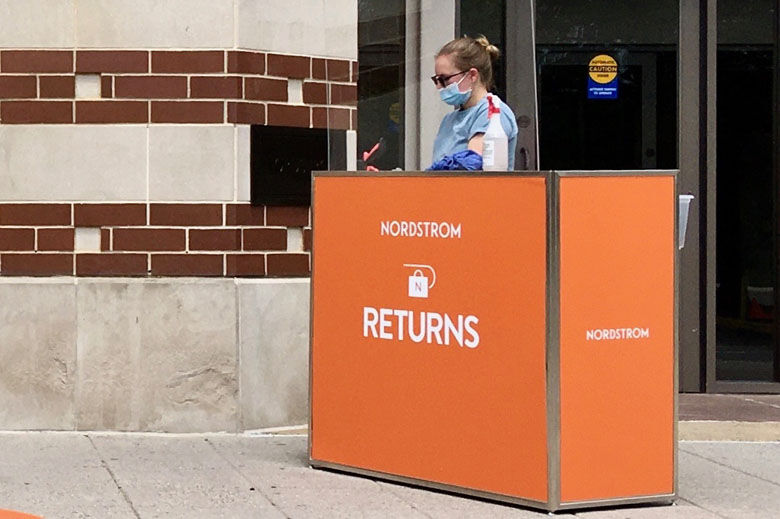 5/8
An employee waits to take returns for Nordstrom outside of the mall. Photo courtesy Dorothy Gundy. 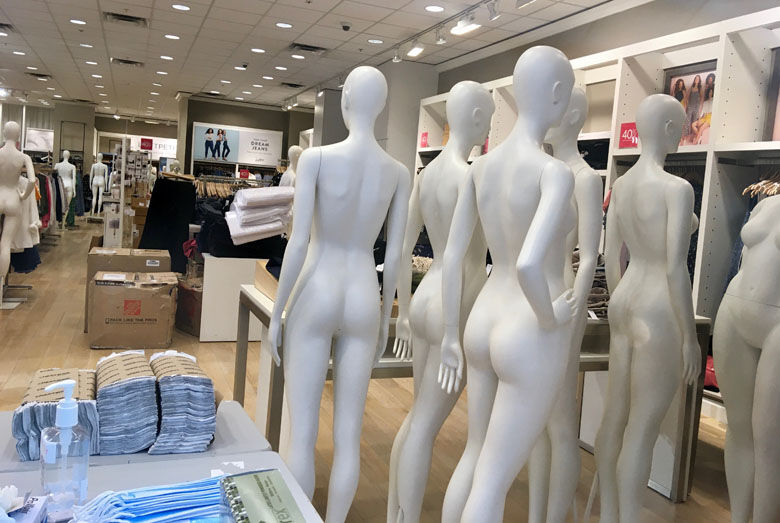 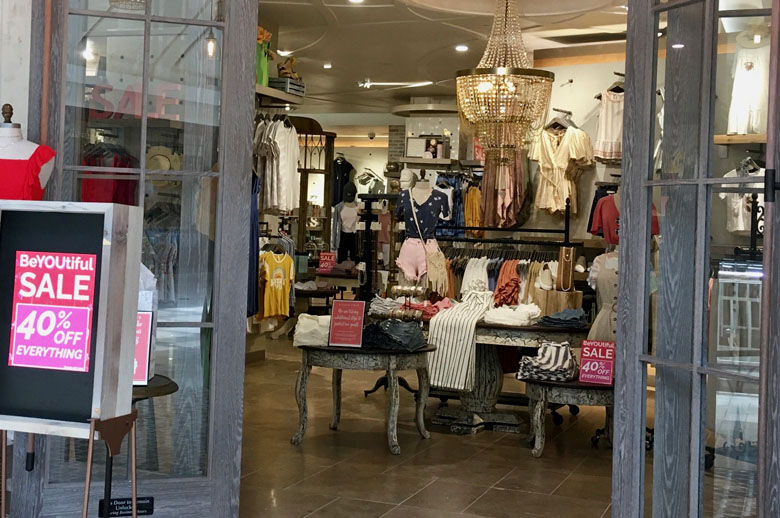 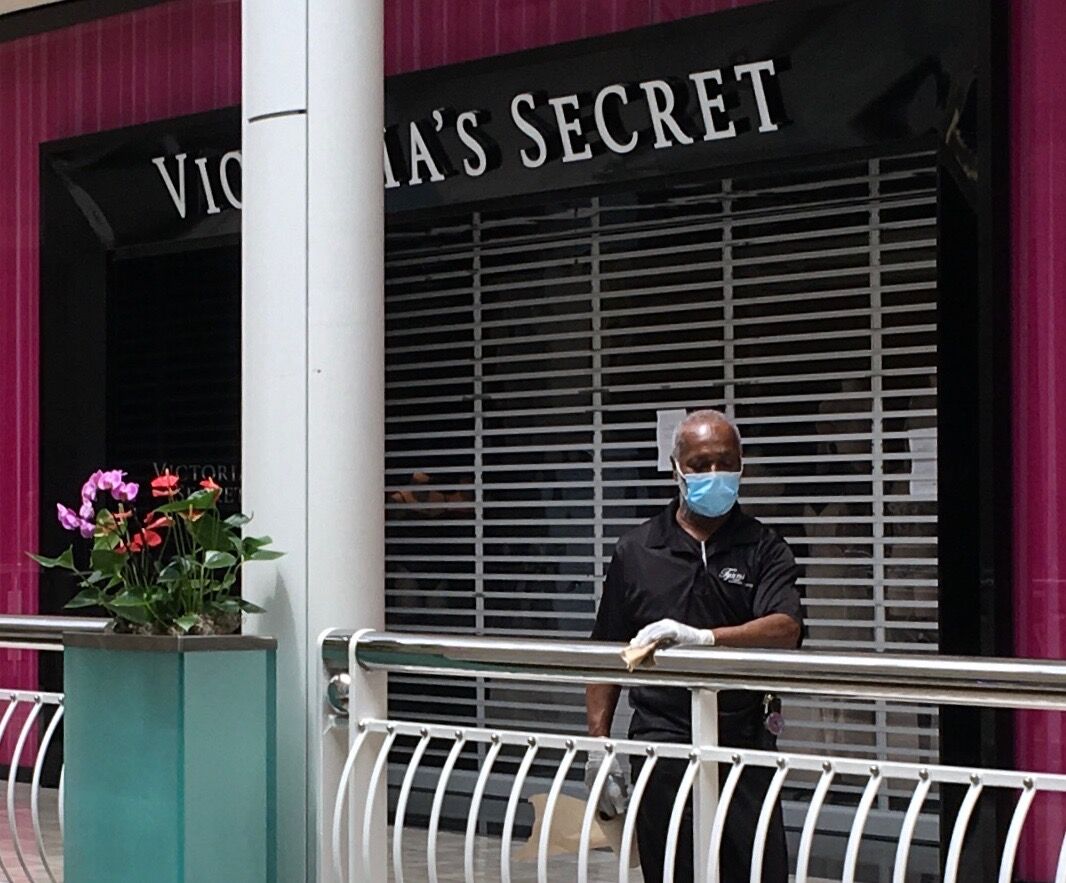 8/8
A worker wipes a handrail outside of Victoria’s Secret. Photo courtesy Dorothy Gundy.