Sean Blackmon, with the Party for Socialism and Liberation, called for an end to racist policing and justice for Wright and his family.

“We have to stay in the streets. We have to keep up the struggle,” Blackmon addressed the some 25 people in the rally.

Different demonstrations began during the evening in downtown D.C. with the same demands for change in policing. WTOP news partner NBC Washington reported more than 200 people started marching on Black Lives Matter Plaza before going up to 14th Street Northwest. 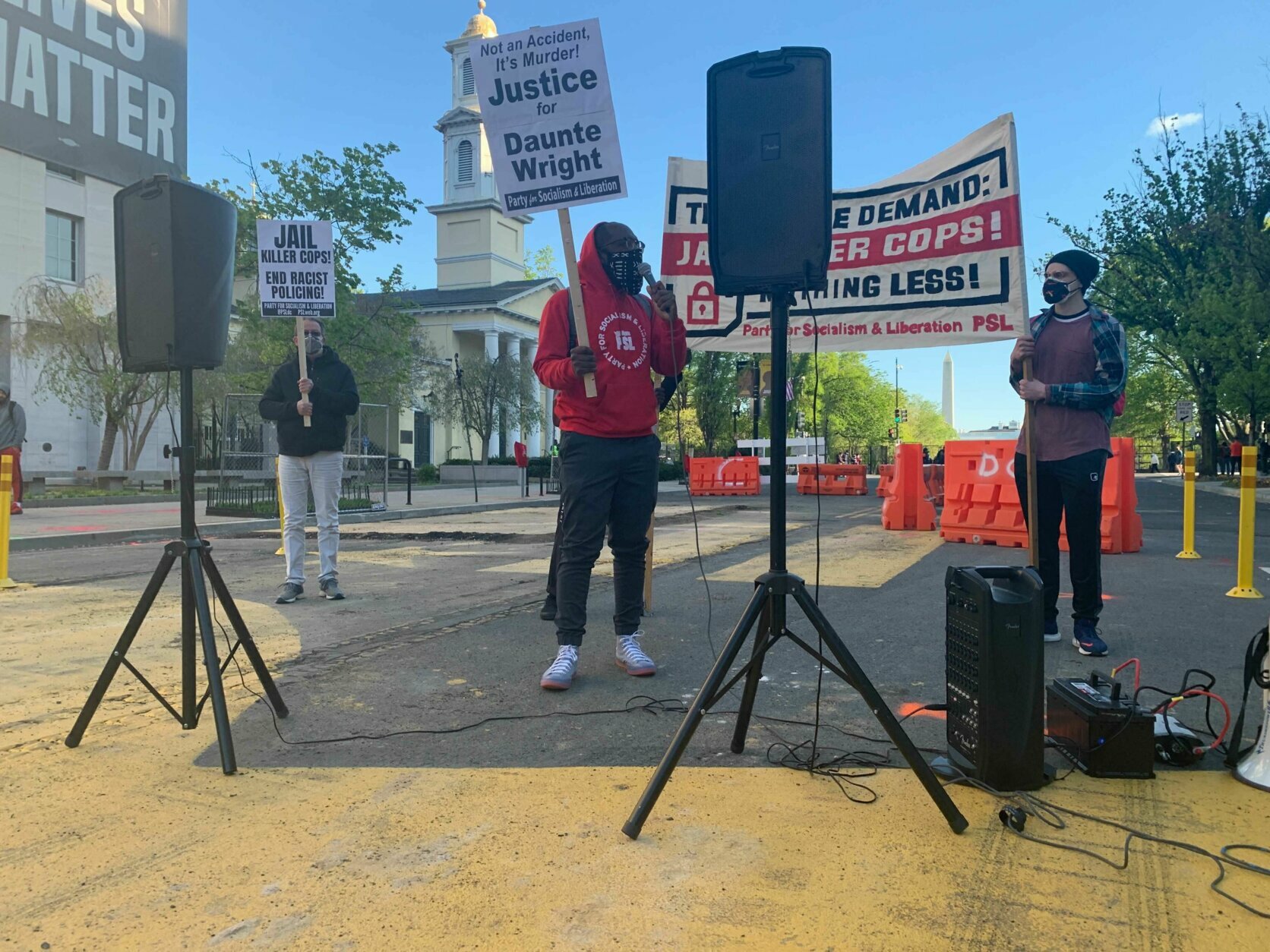 2/5
People gather Friday at Black Lives Matter Plaza in protest of the deaths of Daunte Wright in Minneapolis and two men in Maryland at the hands of law enforcement. (WTOP/Kyle Cooper) 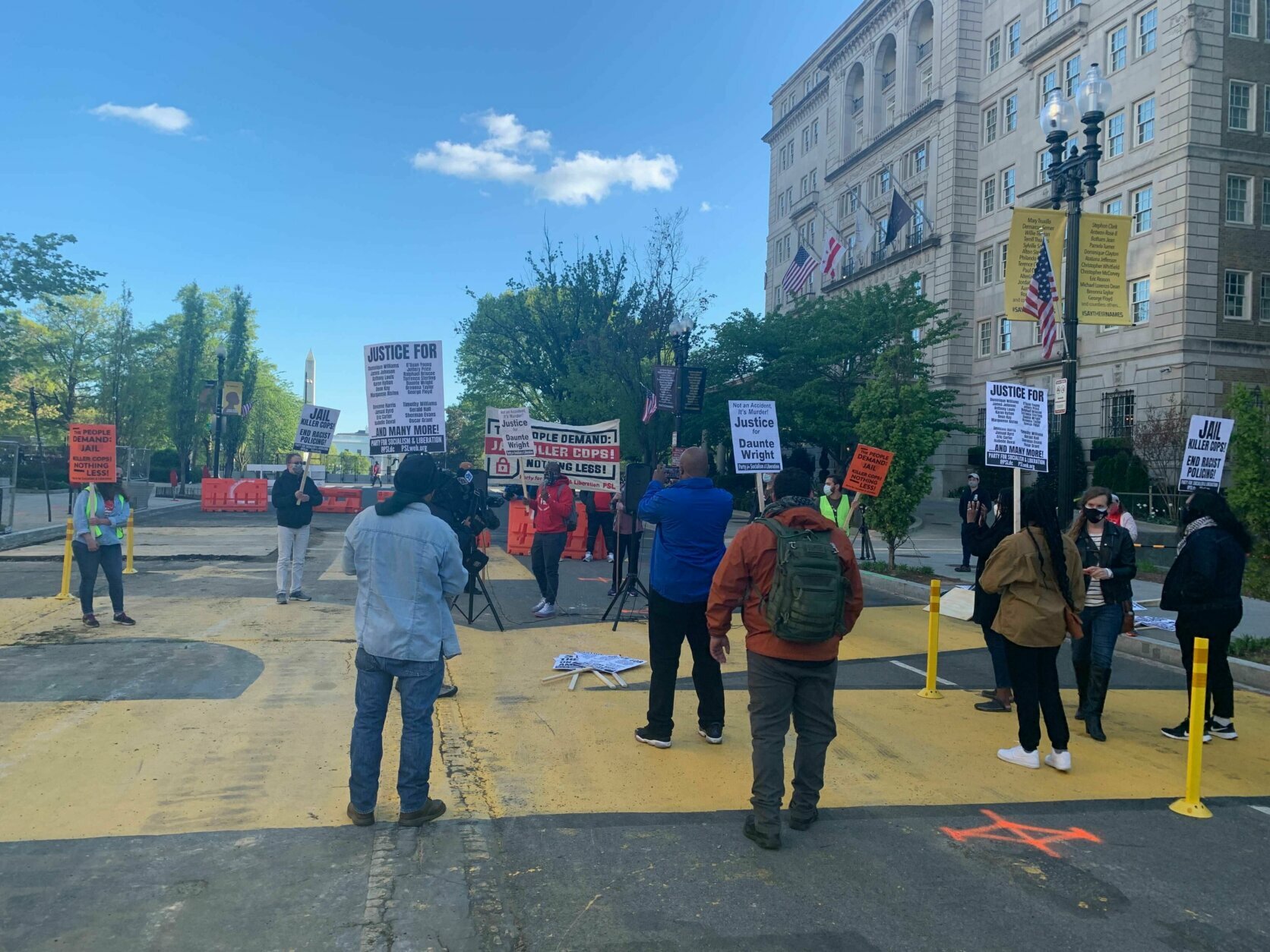 3/5
Protesters call for change in what they called racist policing. (WTOP/Kyle Cooper) 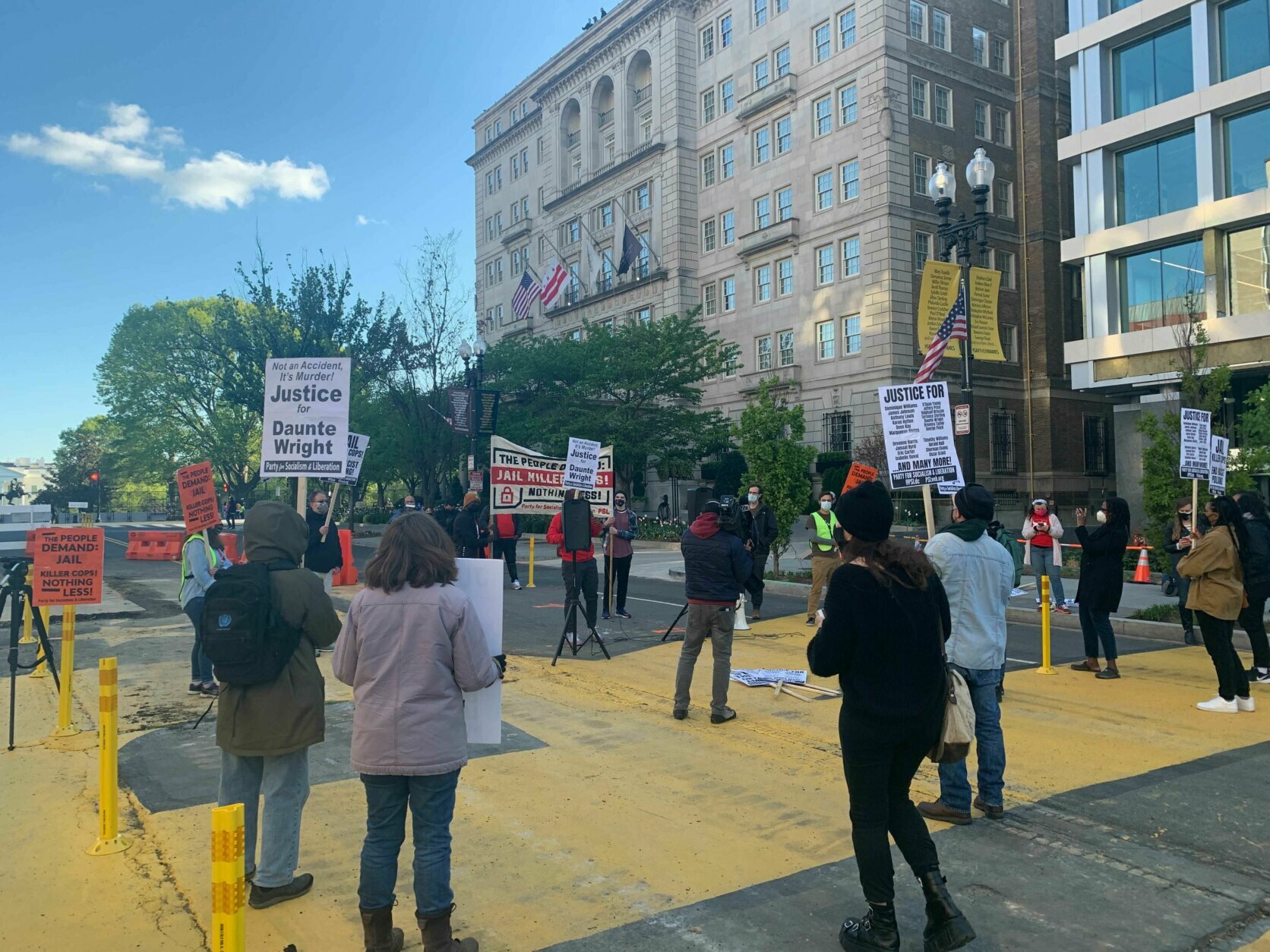