You say “compact SUV” or “crossover” and many vehicles probably pop up in your head. Some people might not think of the Subaru Forster at first. Maybe Toyota or Honda steals the limelight.

But the Forester Touring seems to go its own route to a capable compact Ute. 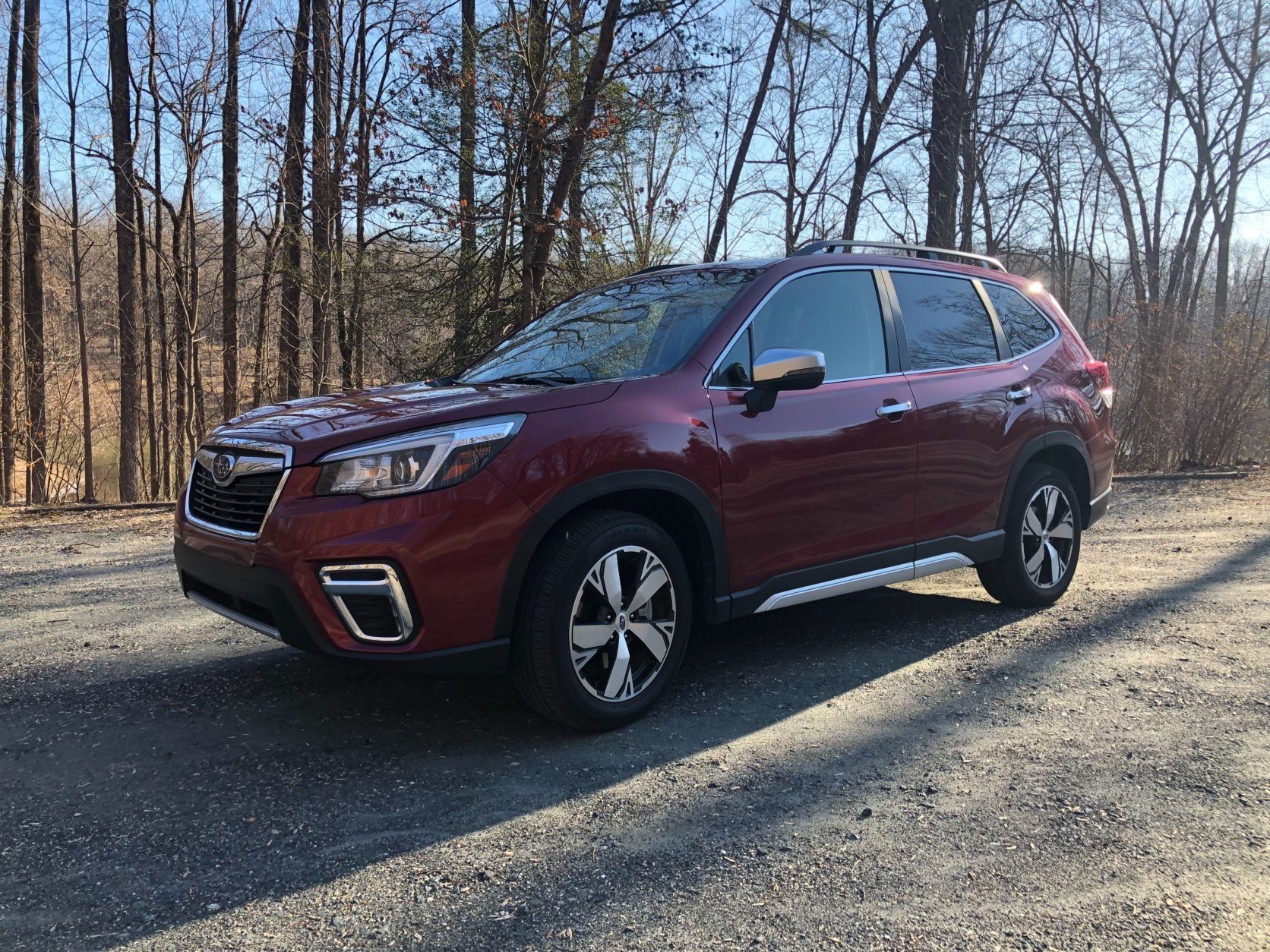 I looked at a last-generation Forester a few years back and came away happy with the concept of a capable compact machine, but was cool to the loud cabin and NAV that seem to be a few steps behind the competition. So when I saw the 2019 Forester land at my doorstep I took it for a quick trip to see what was new.

The standard AWD gives the Subaru Forester a go-just-about-anywhere-without-any-fuss attitude. With 8.7 inches of ground clearance it means not much will stop it on the road either.

There’s a touch of modern with LED lighting up front. That larger grill ushers in a new face for the Subaru. 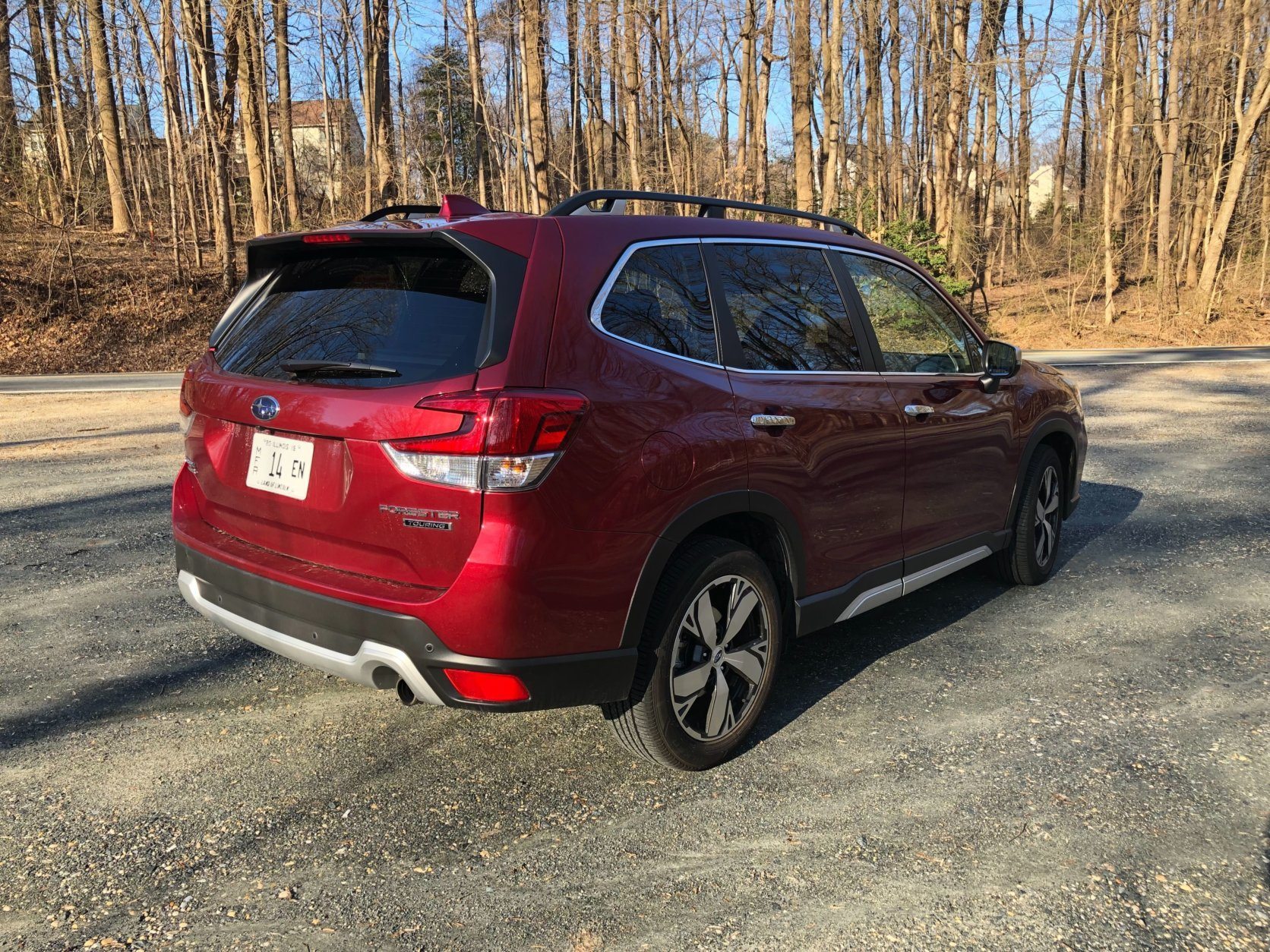 What the new Subaru lacks is grunt from the 2.5L Boxer engine with 182hp. Around town with just me in the car, it seems OK with aggressive throttle response it’s pretty peppy. However, I wanted more power once I loaded up the seats and filled the cargo space for a trip.

The power rear lift gate is wider than before, allowing easier access. 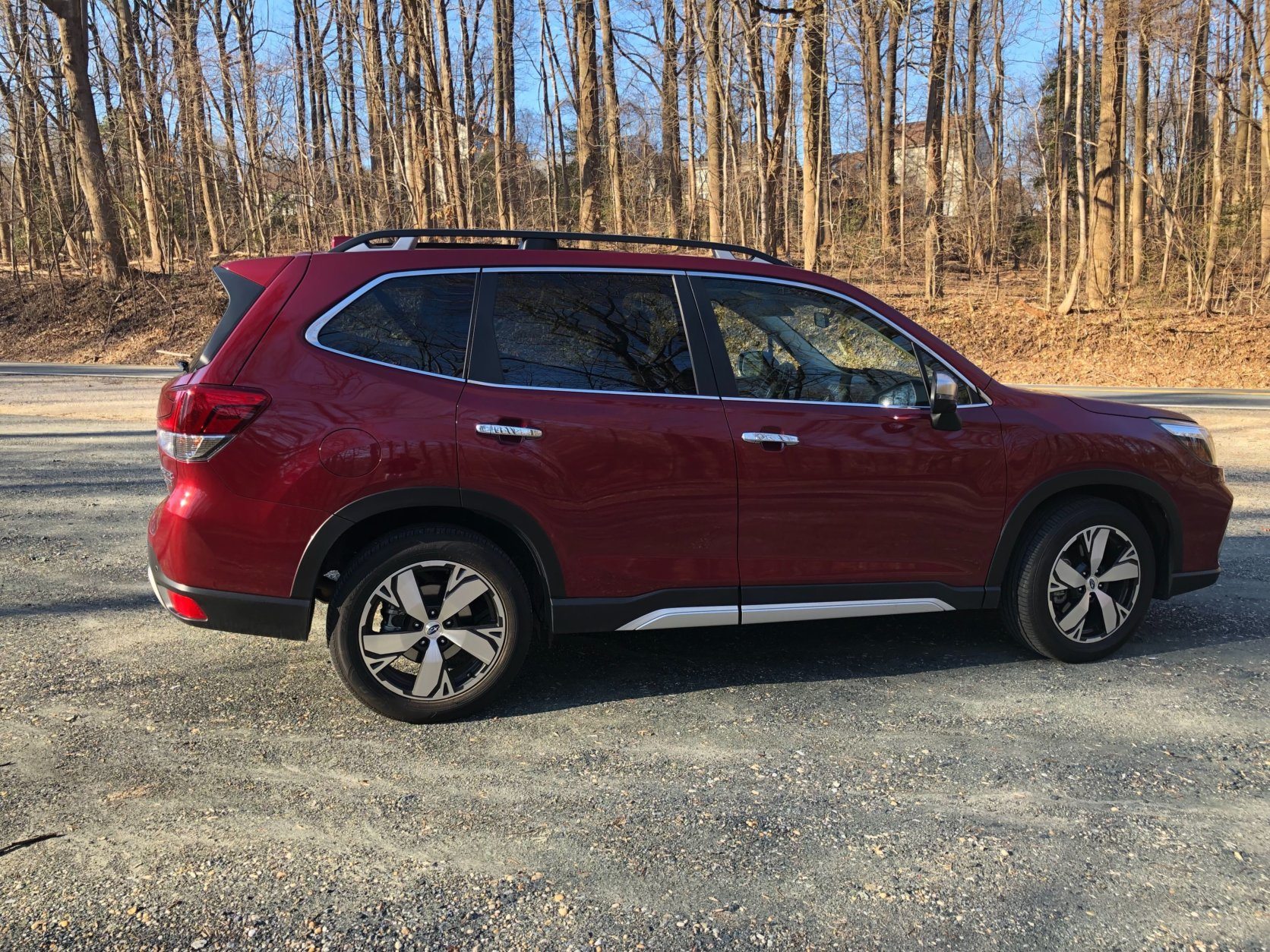 The optional powerful turbo engine from the old Forester is no longer available. The CVT transmission was a surprise with its smoother operation. It acts like a normal automatic with less droning on acceleration.

Fuel economy was good too. I managed 28 mpg for my week of driving. 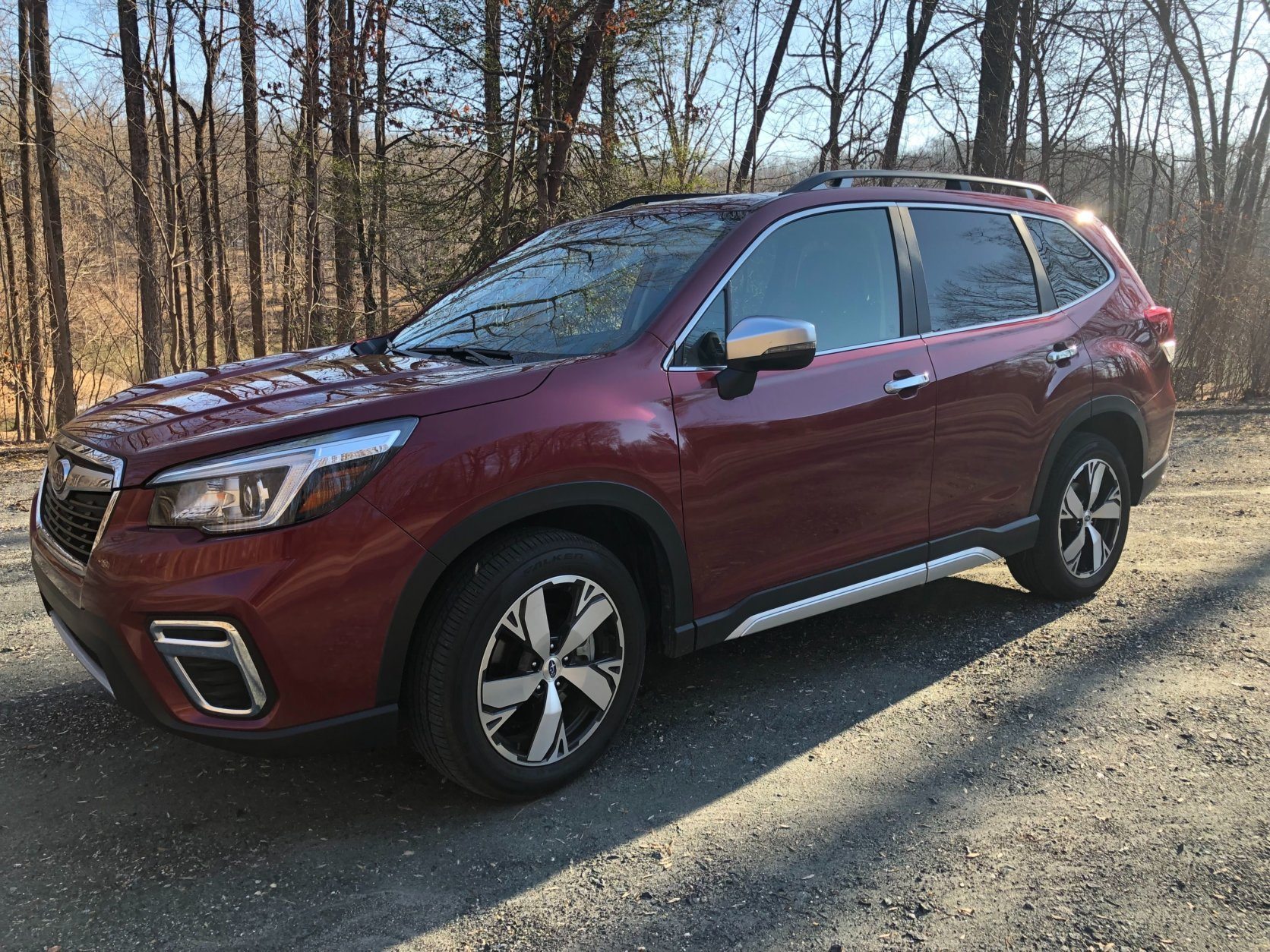 This new Subaru Forester has more of an SUV look than the larger, taller wagon from before. It’s not a huge change but a more squared and chiseled — a more rugged appearance.

It’s still a bit more car-like than full on SUV and its welcome for some who want all capability and size without hulking size. The Forester sits up high but it doesn’t seem very tall and cumbersome like some other compact crossovers. 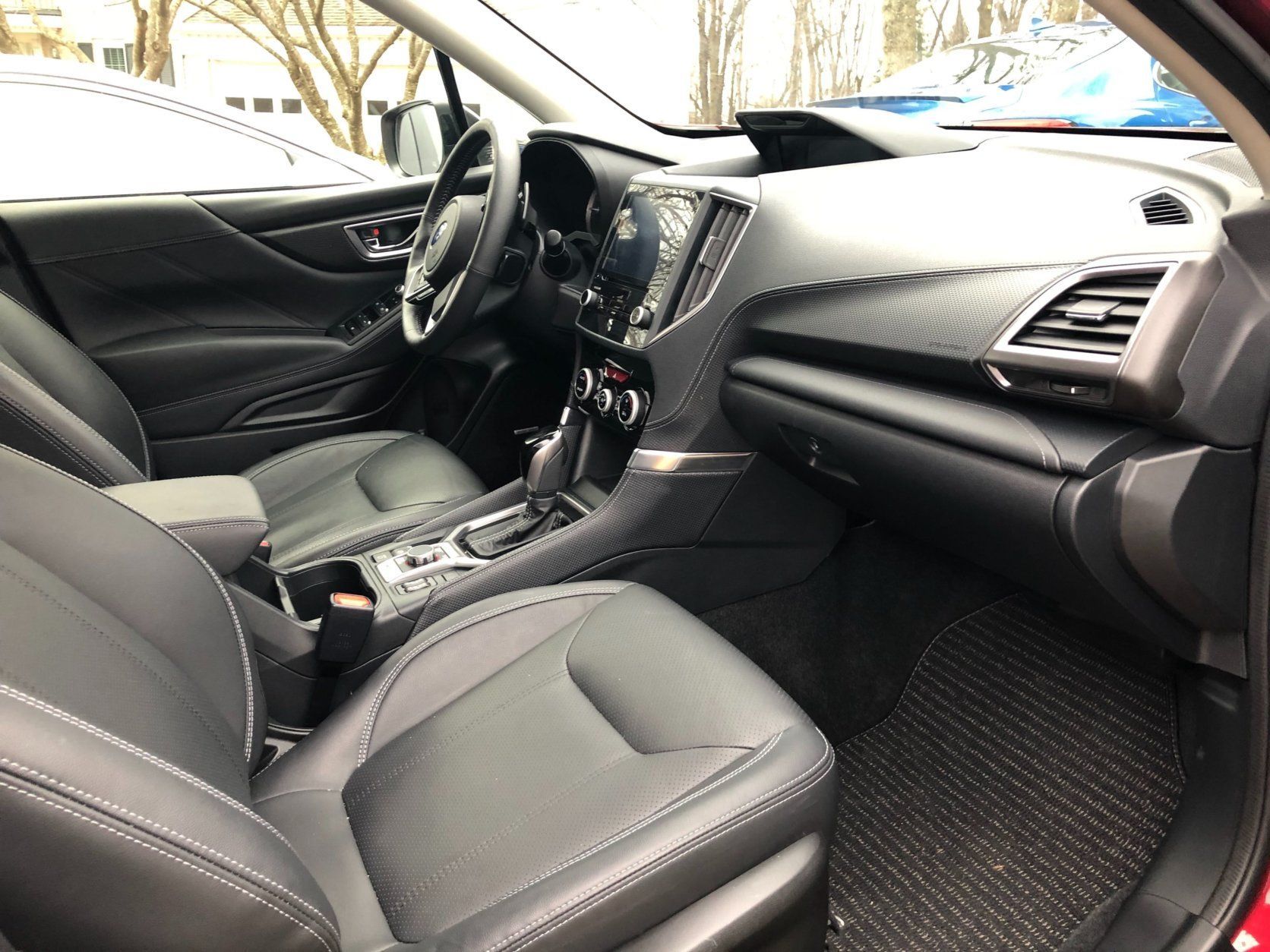 Once I closed the door it was clear that $35,000 Touring trim level gives you a higher quality inside than before. While the interior isn’t flashy the materials like the perforated leather seats add a higher dollar look and feel.

While I usually find Subaru seats somewhat firm, the new Forester seems a bit more forgiving and proves comfortable for a at a least a two-hour jaunt.

Front and back seat riders are treated well with ample space for a compact Ute. 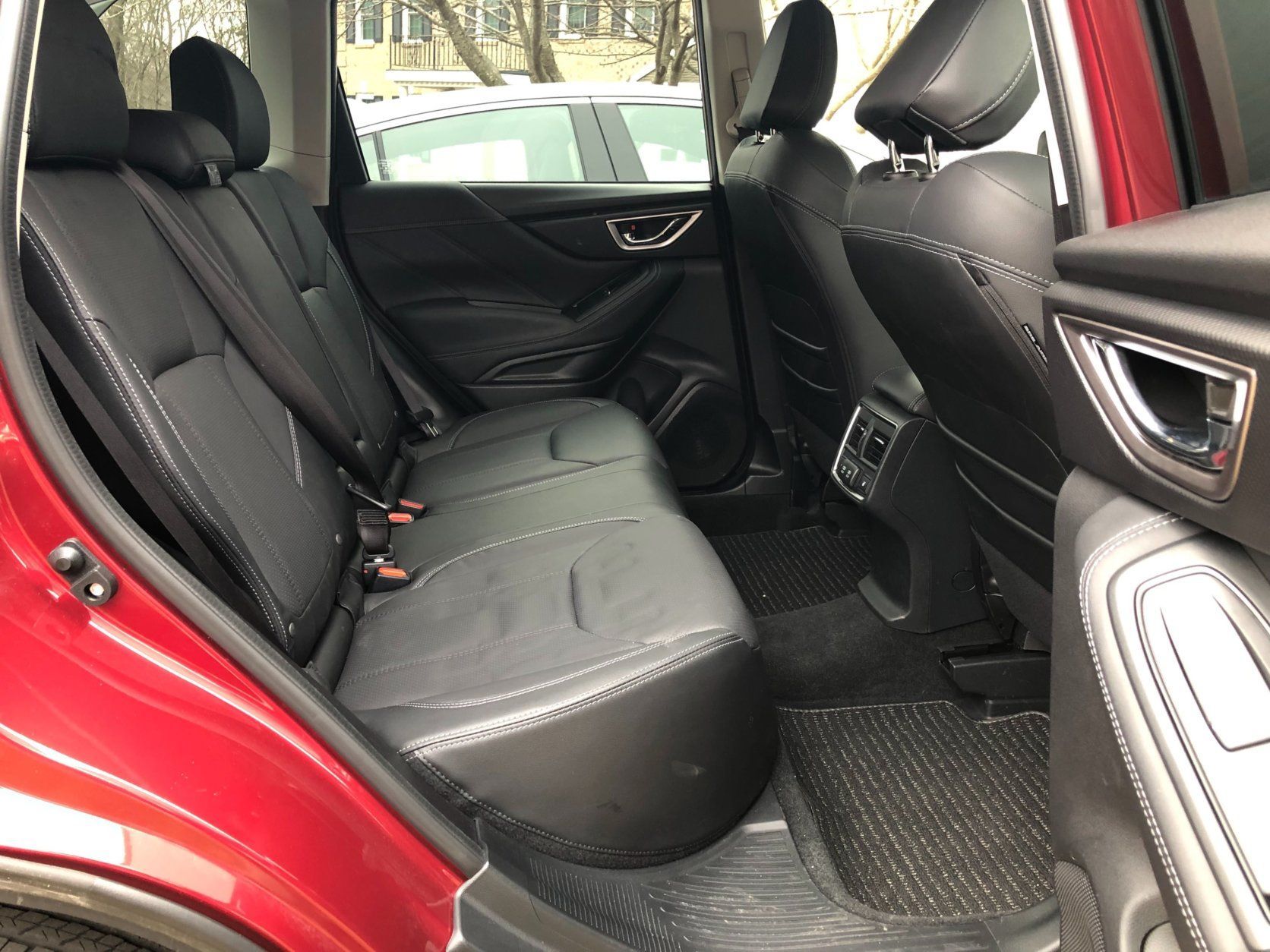 Where the new Subaru Forester is vastly improved is the more refined and hushed ride you get. The cabin noise is cut and more in line with the competition. 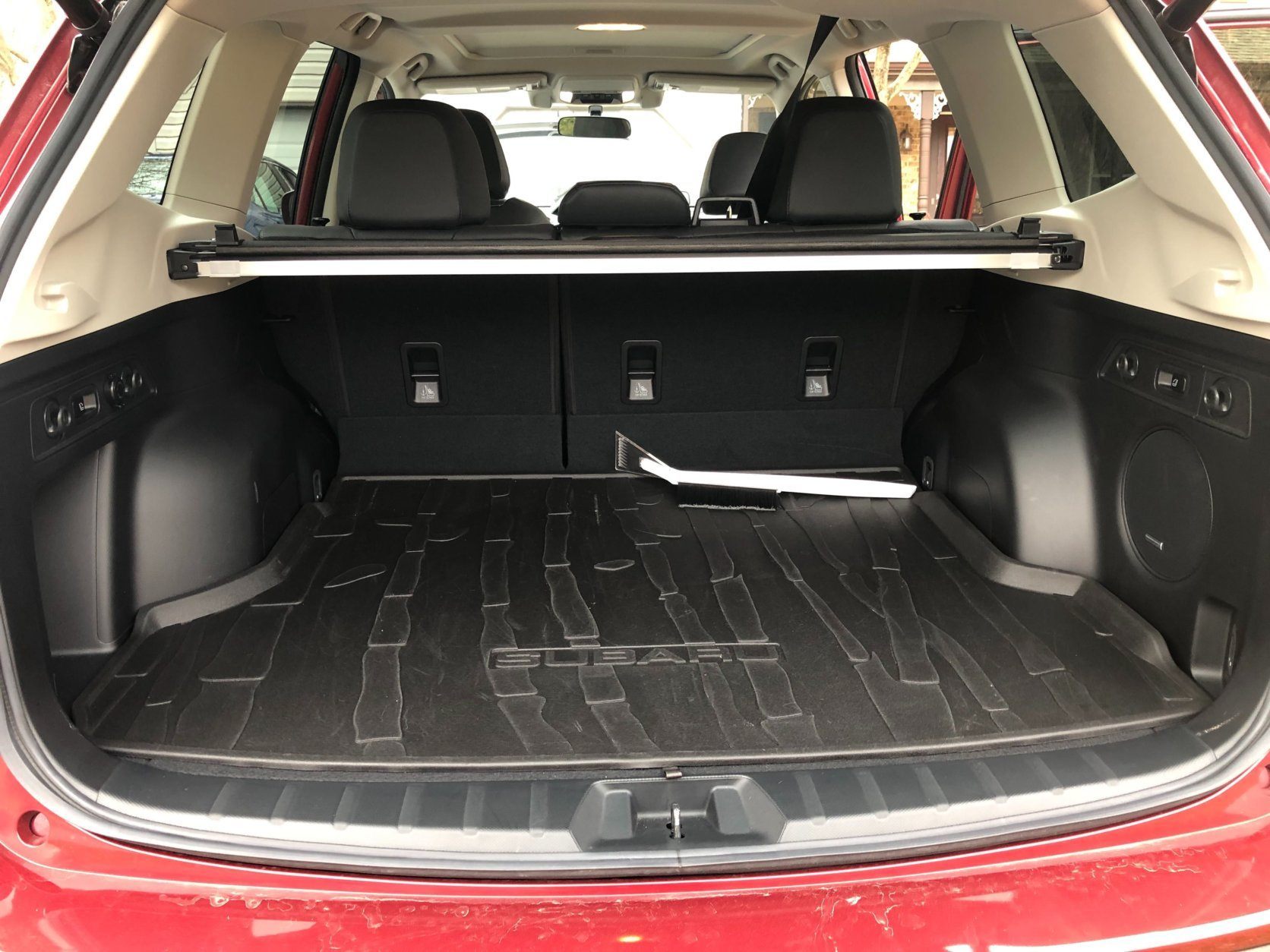 Cargo space provides a modest increase from previous models, but some might wish for more space for longer items. 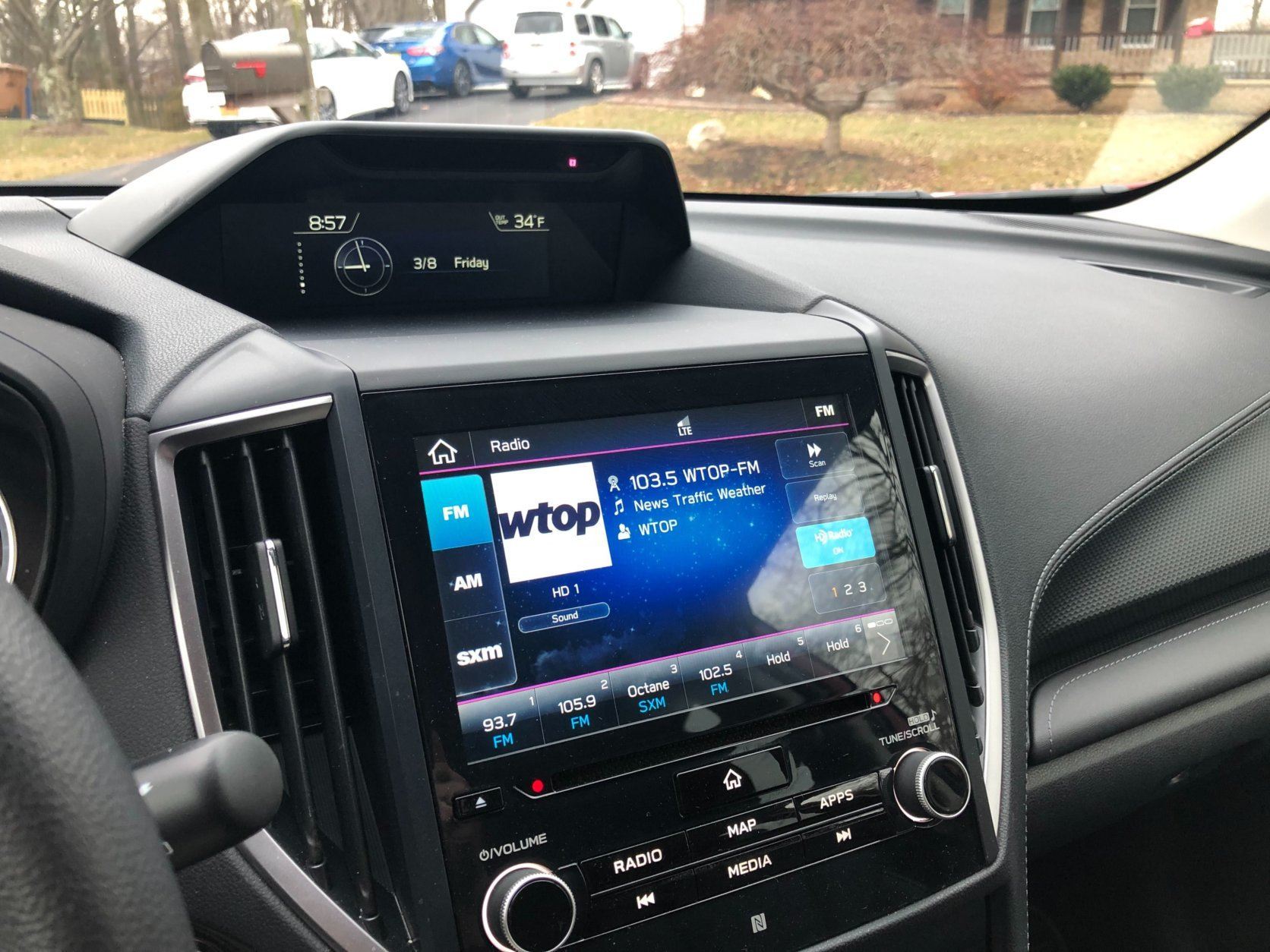 The 8-inch touchscreen with NAV is better than before with improved voice commands. There’s no repeating the address over and over like before.

The 576-watt Harmon Kardon premium audio system sounds better at lower levels than it did at higher volumes.

Safety was clearly high on the design list for the 2019 Subaru Forester. It has the Eye Sight system that has Adaptive Cruise, Lane Keep Assist and Forward Collison Mitigation. New for 2019 is “Driver Focus” that helps alert drivers that might be drowsy or not attentive by using a near-infrared camera.

The 2019 Subaru Forester Touring is a compact Ute with plenty of space and the capability to go just about anywhere. With an improved ride and interior, the Subaru goes more mainstream while still marching to the beat of its own drum.

Mike Parris is a member of the Washington Automotive Press Association. The vehicles are provided by DriveShop, FMI, NAVS DC or Motus One for the purpose of this review.