If a person’s home is their castle, that homeowner probably doesn’t want dogs peeing on bushes in front of the castle.

Eric Wang was tired of it happening on the bushes in front of his newly built modern home, at the corner of Key Boulevard and N. Adams Street, in the pricey Lyon Village neighborhood, near Clarendon, in Arlington, Virginia. But when he tried to take matters into his own hands, he  soon found himself in a different kind of hot water with his neighbors. 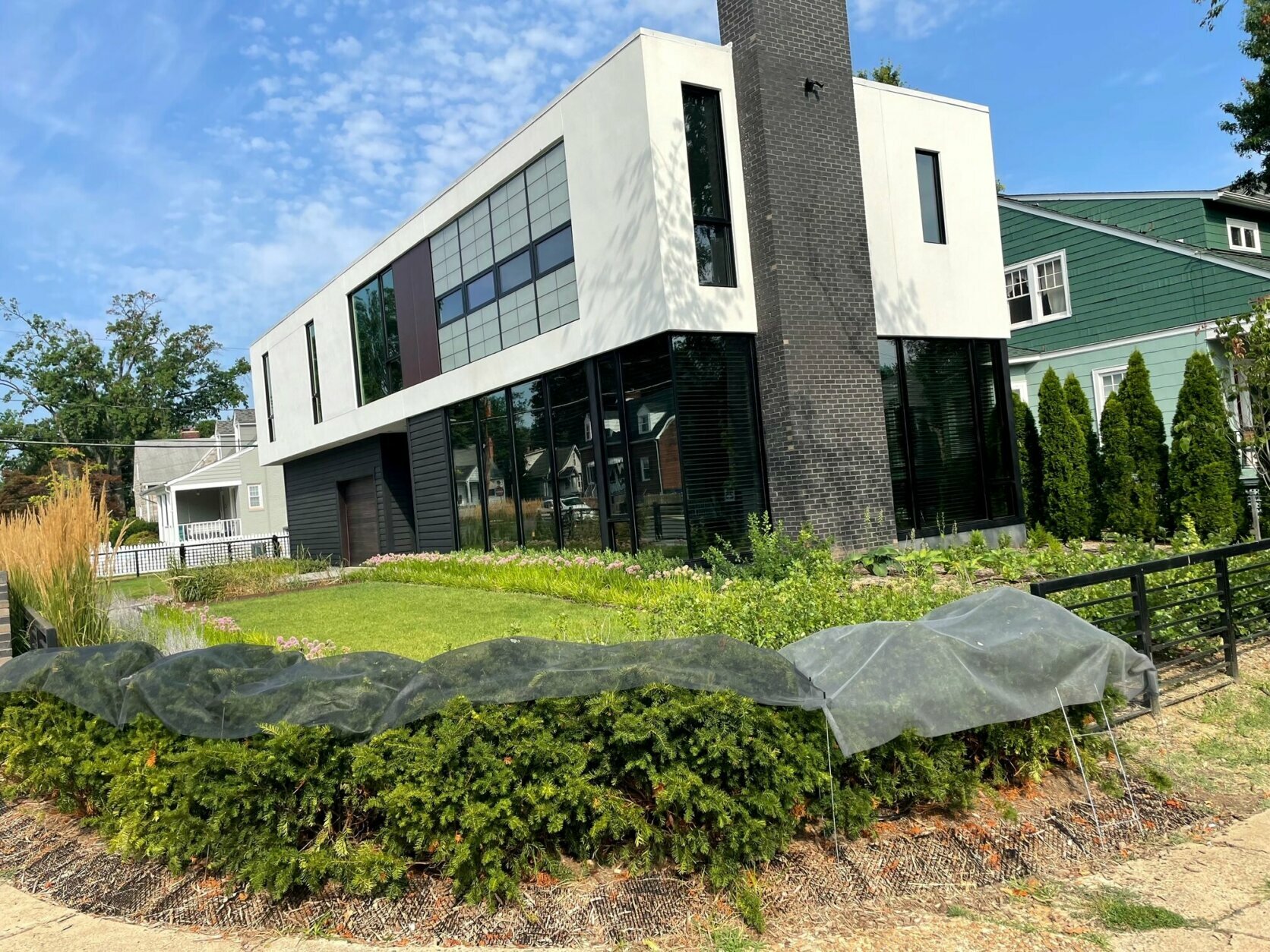 1/3
After peeing dogs killed his bushes, Eric Wang looked for a way to protect his new Japanese Yews. (WTOP/Neal Augenstein)

“The issue originally rose last fall, when I had some shrubs planted at the corner of my property,” Wang told WTOP, standing in front of his home Thursday morning. “A small minority of dog owners were allowing their dogs to urinate on my shrubs.”

In autumn 2020, Wang tried some dog repellent sprays in an effort to convince dogs to lift their legs elsewhere. No luck. The shrubs died.

This year, Wang replaced the Japanese Yews he originally bought for $300 each.

“I went online and did some research to see what products might be effective that also might be visually non-intrusive,” Wang said.

He discovered what are called scat mats: “They are these plastic mats that you put down on the ground, and they have these prickly pieces that are designed to make it uncomfortable for dogs and cats and other animals to walk on.” 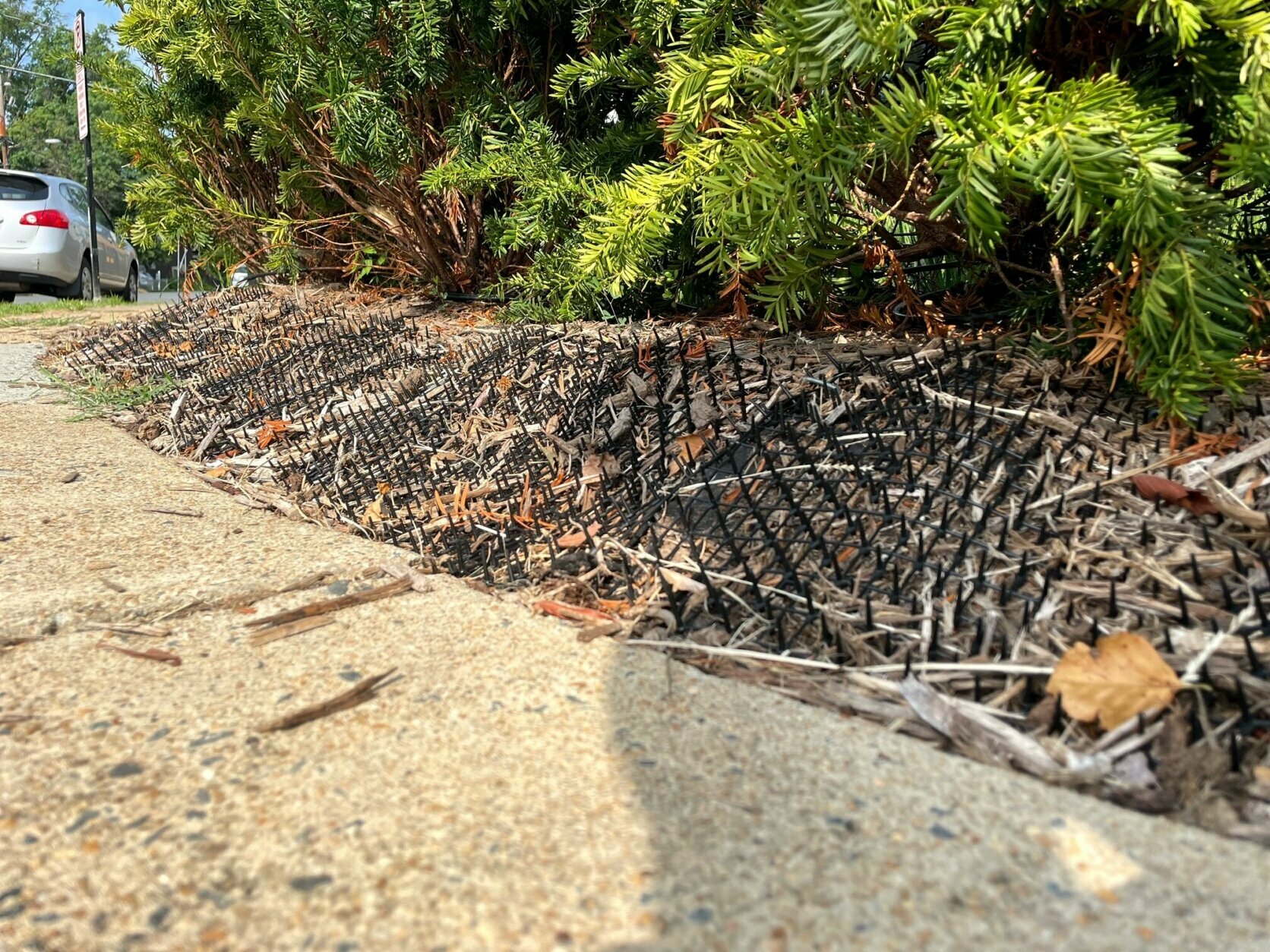 2/3
Pointy plastic scat mat bristles are intended to dissuade animals from walking on them. (WTOP/Neal Augenstein)

In a neighborhood where a lot of people walk dogs, his research focused on finding a deterrent that wouldn’t injure an animal.

The online reviews reassured him: “A lot of them were by pet owners themselves, who bought the products to keep their own pets from damaging areas of their landscaping.”

This spring he purchased and installed the scat mats along the perimeter of his shrubs. For a month and a half, things went smoothly.

“Dozens and dozens of dog owners and their dogs were walking past every single day, walking within inches of the scat mats, and I didn’t notice any issues,” Wang said. He didn’t see a single dog step on the mat, believing they have the sense to avoid something pointy.

Wednesday, he learned a neighbor had posted a photo of his dog deterrent on a social media site.

Wang characterized the post, on the Nextdoor site: “This homeowner has installed these spikes — he called them spikes — along his shrubs, that these spikes can cause injury to dogs — be careful when walking your dogs in this area.”

“People demanded that somebody organize protests against me,” Wang said. “People suggested that I be reported to the police department, as well as animal welfare, as well as the county code enforcement department.”

With the anonymity afforded by social media, Wang didn’t take personal offense. However, some of the comments might have elevated heated discussion to action.

“Two people suggested that people should actually bottle up their urine, and dump it on my property, which I think is a rather serious offense,” said Wang, who called police to create a paper trail of the threat. 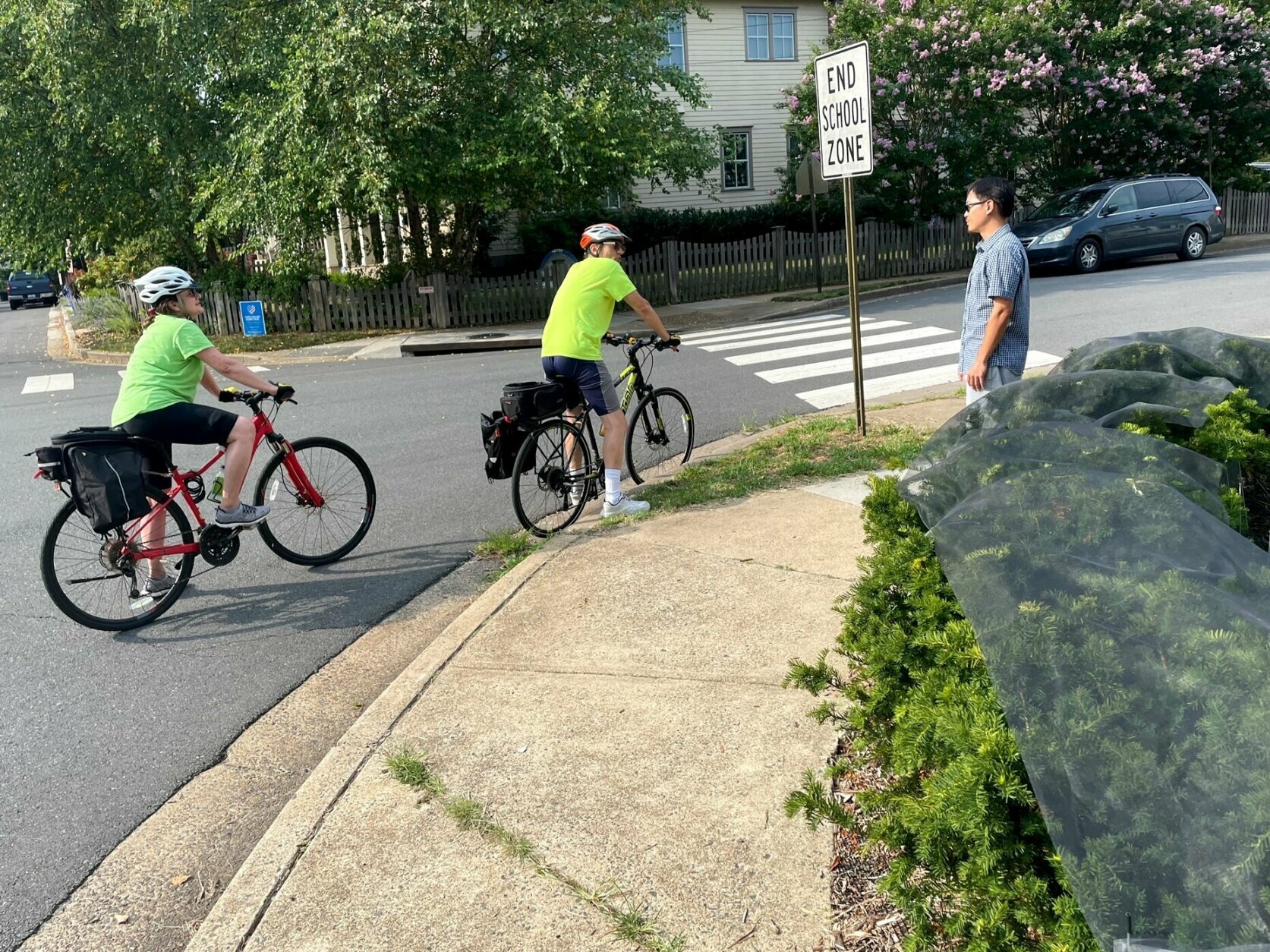 Thursday morning, during the WTOP interview, Arlington residents out for a bicycle ride, stopped by the home, to see the “spikes,” and judge for themselves. A man climbed off his bike, bent down, and felt the hard plastic bristles.

He, and his female companion voiced support for Wang, and scoffed at the venomous tone Wang had been subjected to online.

“If you took these and jabbed them into someone’s neck, it would hurt,” reasoned the man. “But these are like pencils — and nobody complains about them.”

Wang wouldn’t be surprised if the criticism is exacerbated by another factor.

“I think there’s some background animosity toward me because I chose to build a modern architectural home in an area that’s dominated by more traditional styles,” Wang said. “But, it’s a very diverse neighborhood — there are modern office buildings within two blocks.”

Overall, Wang said he objected to the misrepresentations and allegations against him, not based on facts but on emotional reactions to a social media post. He said he hopes social media companies will do a better job of reminding users about civility in online discussions.