Alongside the George Washington Parkway near Virginia’s Arlington Memorial Bridge, there is a two-story tall tent on a barge. Here’s a look at what’s behind the covers.

“Lots of folks are really curious about what’s been going on in the Potomac River,” said Jonathan Shafer, spokesman for the National Park Service. “The piece of Arlington Memorial Bridge that’s inside that tent is the face steel that used to be on the side of a drawbridge.”

The metal facade of the tilting bridge panels has been getting restored and repainted inside the river tent so the panels can be put back in place.

“The reason that that’s important is because it helps keep that historic appearance,” Shafer said. “This is more than a transportation project because Arlington Memorial Bridge is more than a bridge.”

The bridge has been undergoing its first full rehabilitation since it opened in 1932. The Arlington Memorial Bridge Rehabilitation Project includes dismantling and removing the drawbridge mechanisms that have not been used since the 1960s.

The project closed half the bridge to traffic going into D.C. This part of the restoration is expected to finish this fall. Then, the work will shift to the other side, as scheduled.

“The bridge deck is in place, what we need to do now is finish reinstalling the historic granite balustrade that runs along the side of the bridge,” Shafer said. “Then we need to reinstall the sidewalk (and) put in a driving surface on top of the road deck.”

The project also reinforced foundations at each end of the bridge and cleaned the exterior arches, as well. The construction hopes to extend the bridge’s life for at least another 75 years.

The bridge is a symbolic connection between the North and the South. It links the Robert E. Lee Memorial at Arlington House in Arlington National Cemetery to the Lincoln Memorial.

“If you look at the side of Arlington Memorial Bridge, you’ll see all the stone arches that help tie the bridge to the monumental core of Washington, D.C.,” Shafer said. “Folks who go to visit there can see the continuity between all of the structures that you see on the [National] Mall and the structure of the bridge itself.” 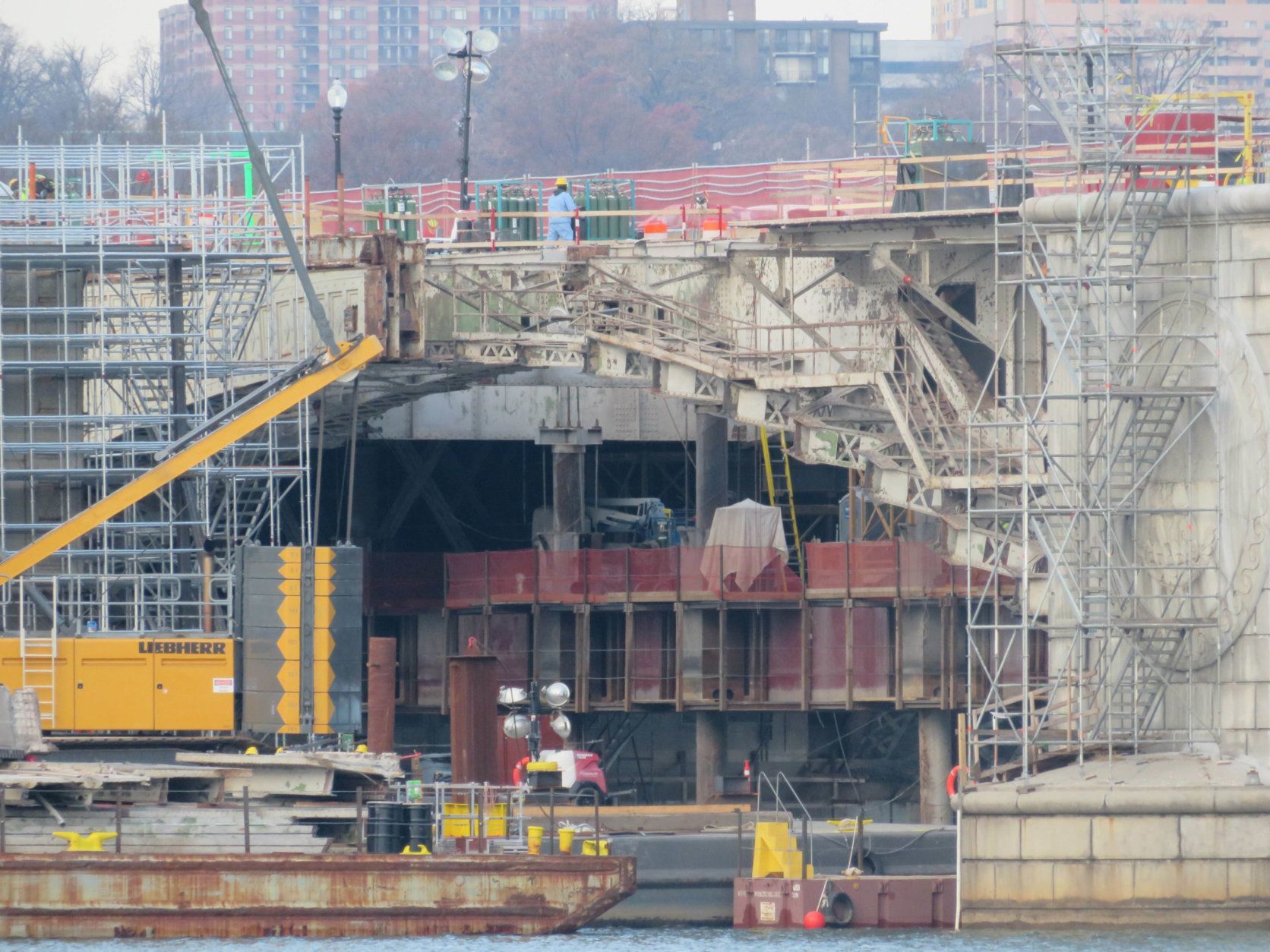 1/10
Now that it is nearly 90 years old, the National Park Service and Federal Highway Administration are rehabilitating Arlington Memorial Bridge for service in its second century. (Courtesy NPS/John Seeger) 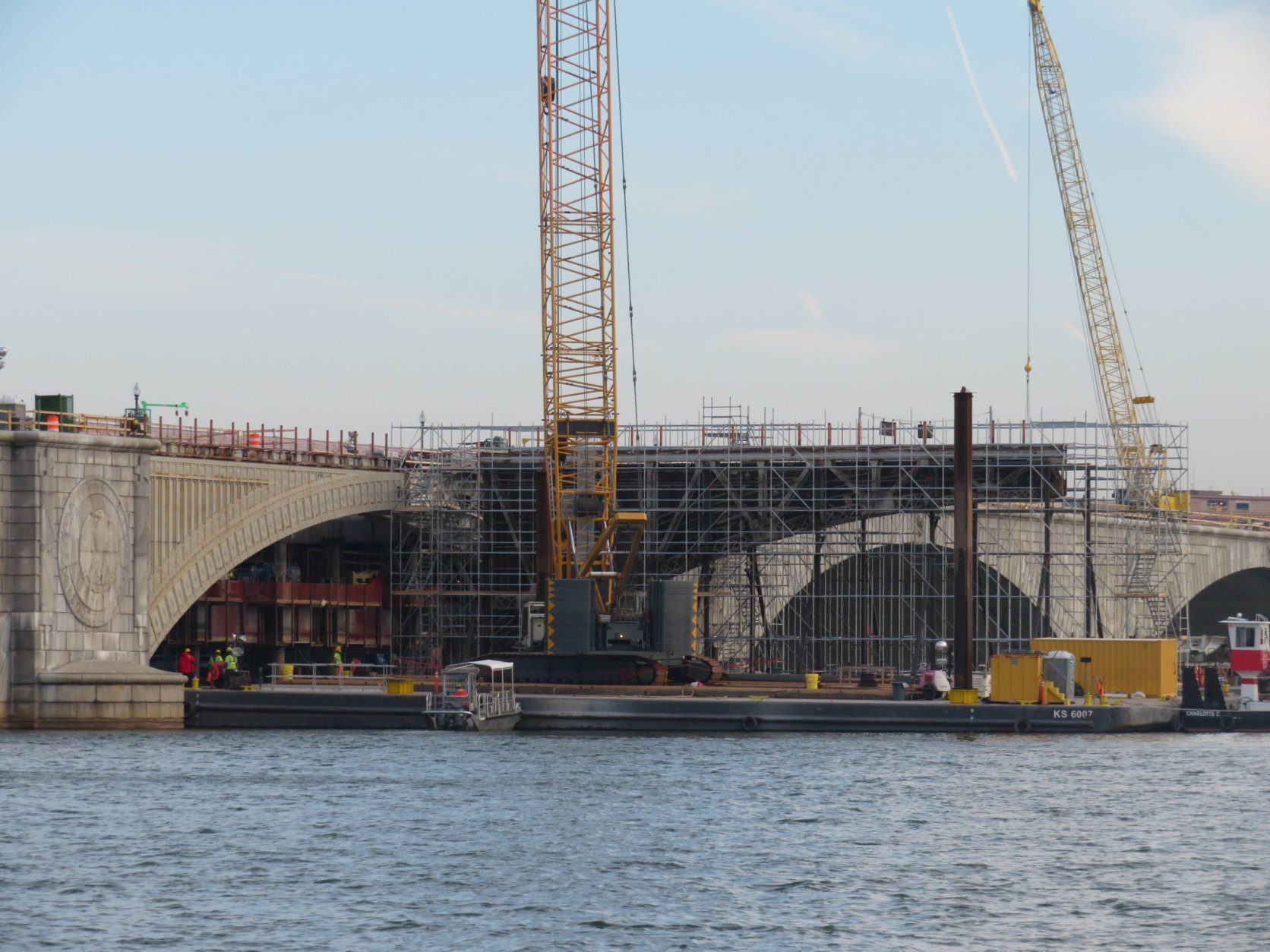 2/10
As one of the largest transportation projects in National Park Service history, the rehabilitation of Arlington Memorial Bridge will give new life to our capital’s ceremonial entrance while respecting its character, history and national significance. (Courtesy NPS/John Seeger) 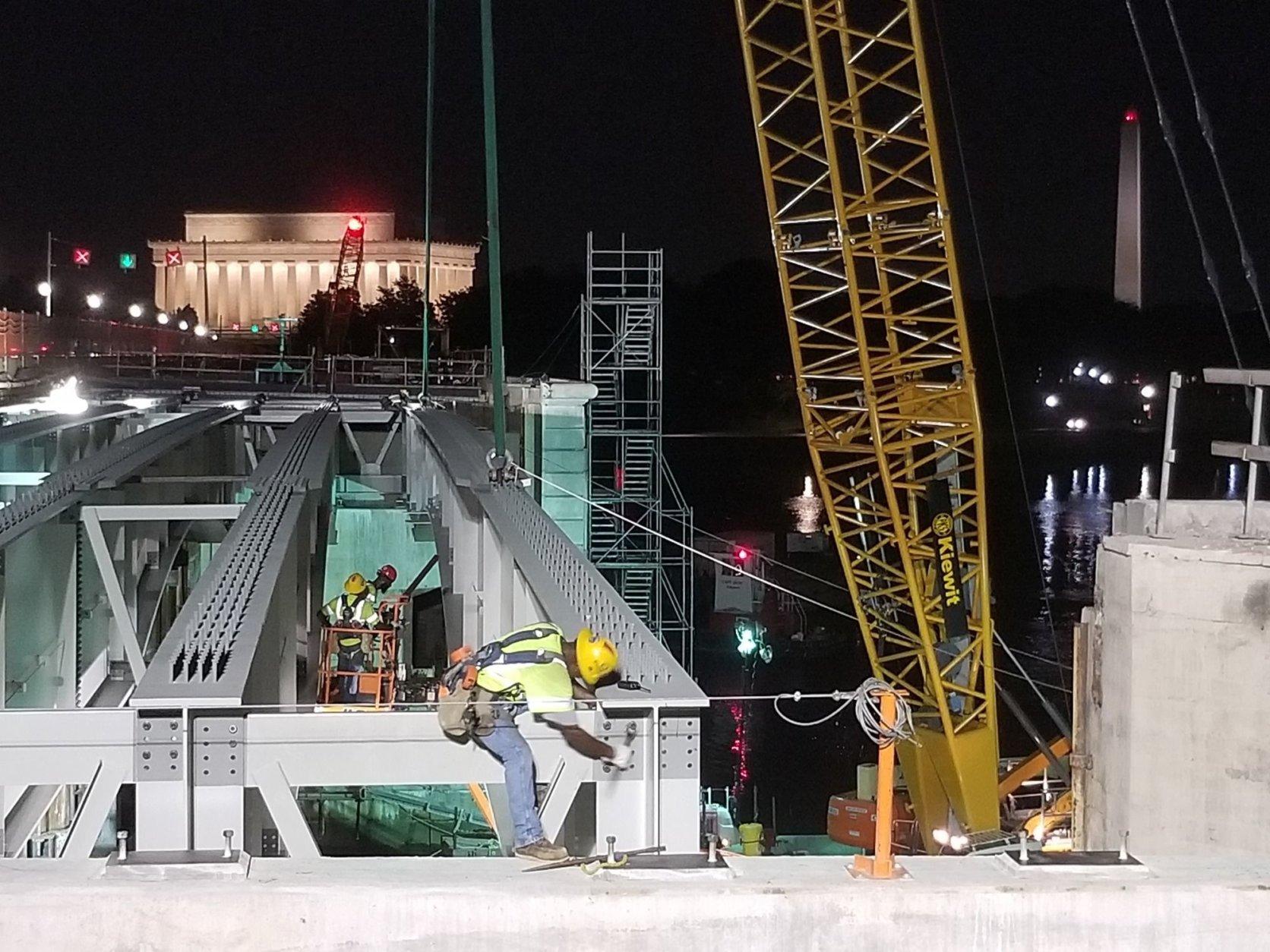 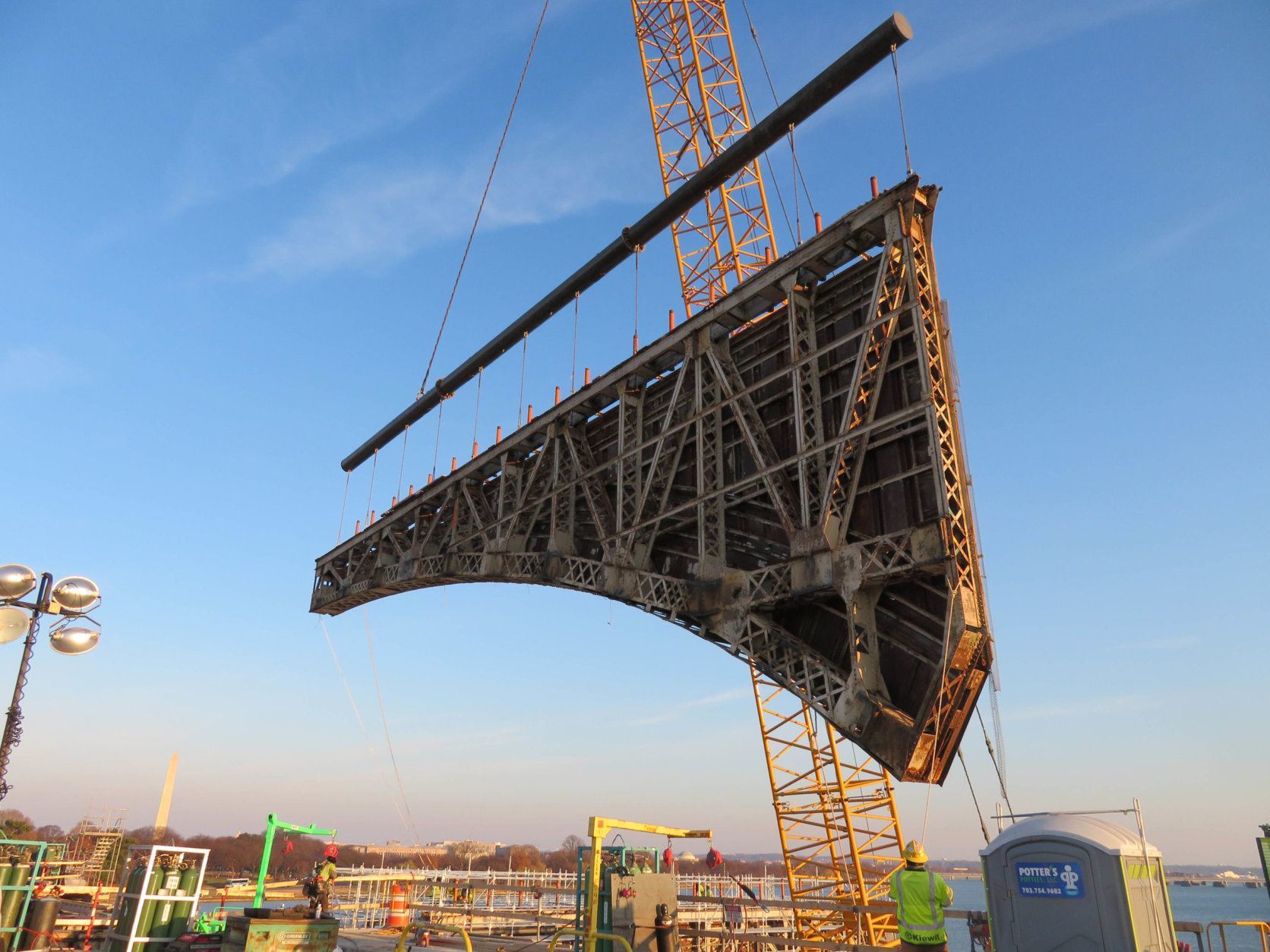 4/10
Arlington Memorial Bridge has served as a monument to the sacrifices and valor of the nation’s military personnel since its dedication in 1932. (Courtesy NPS/John Seeger) 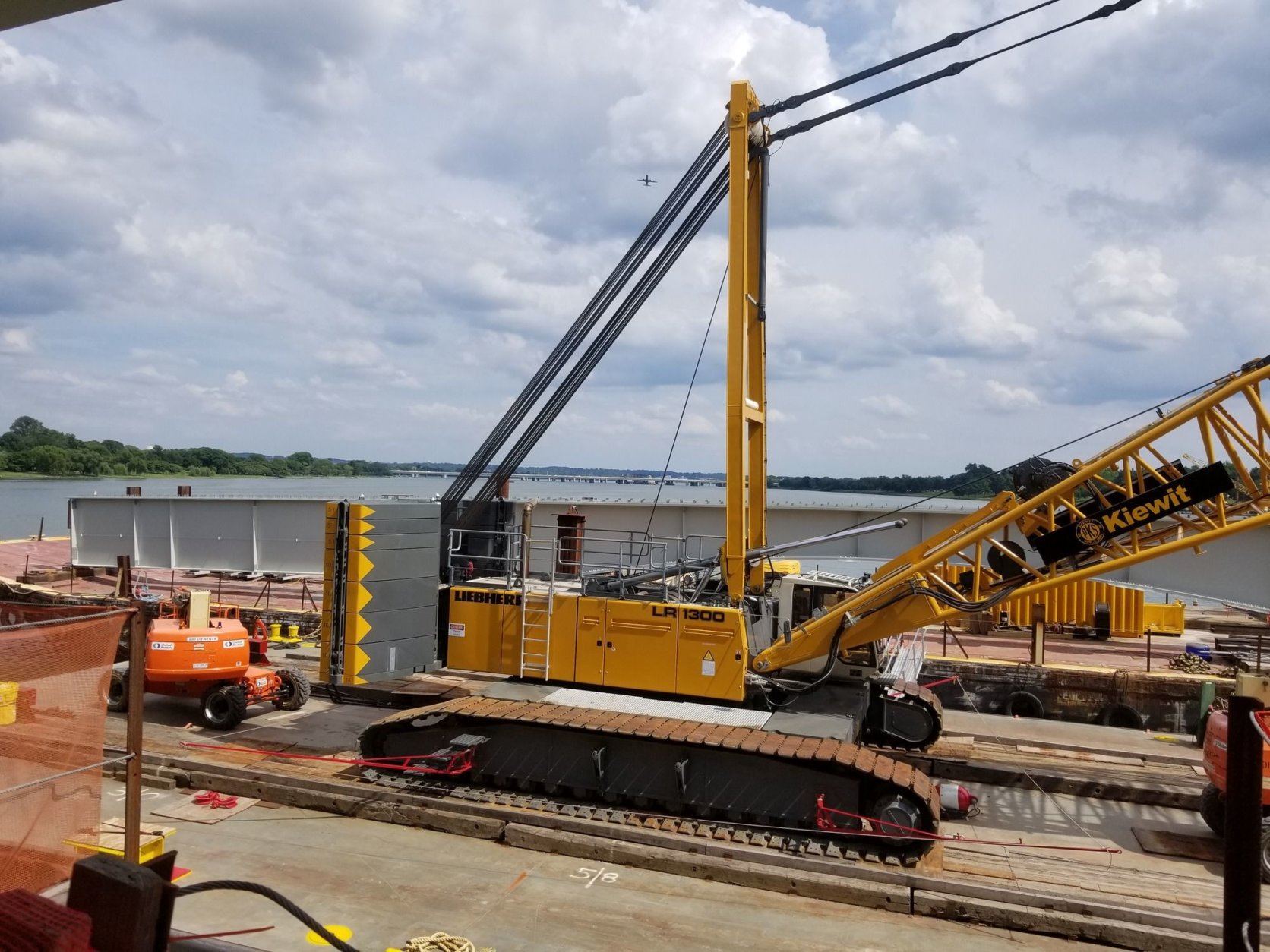 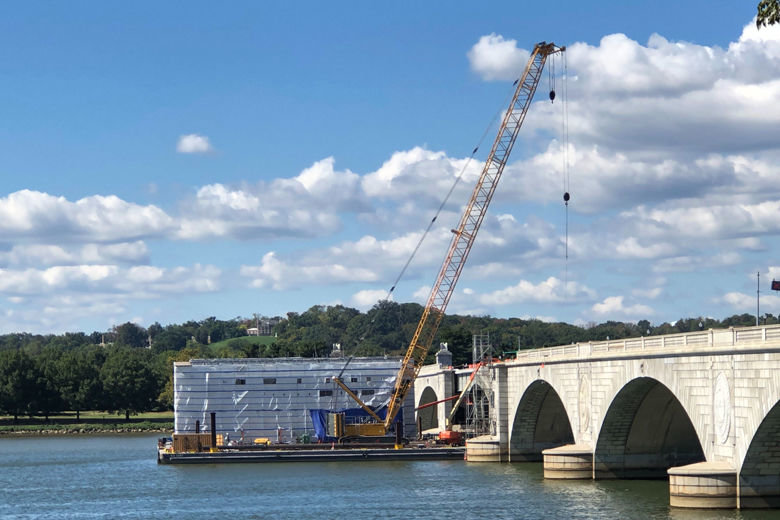 6/10
The metal facade of the tilting bridge panels has been getting restored and repainted inside the river tent so the panels can be put back in place. (WTOP/Kristi King) 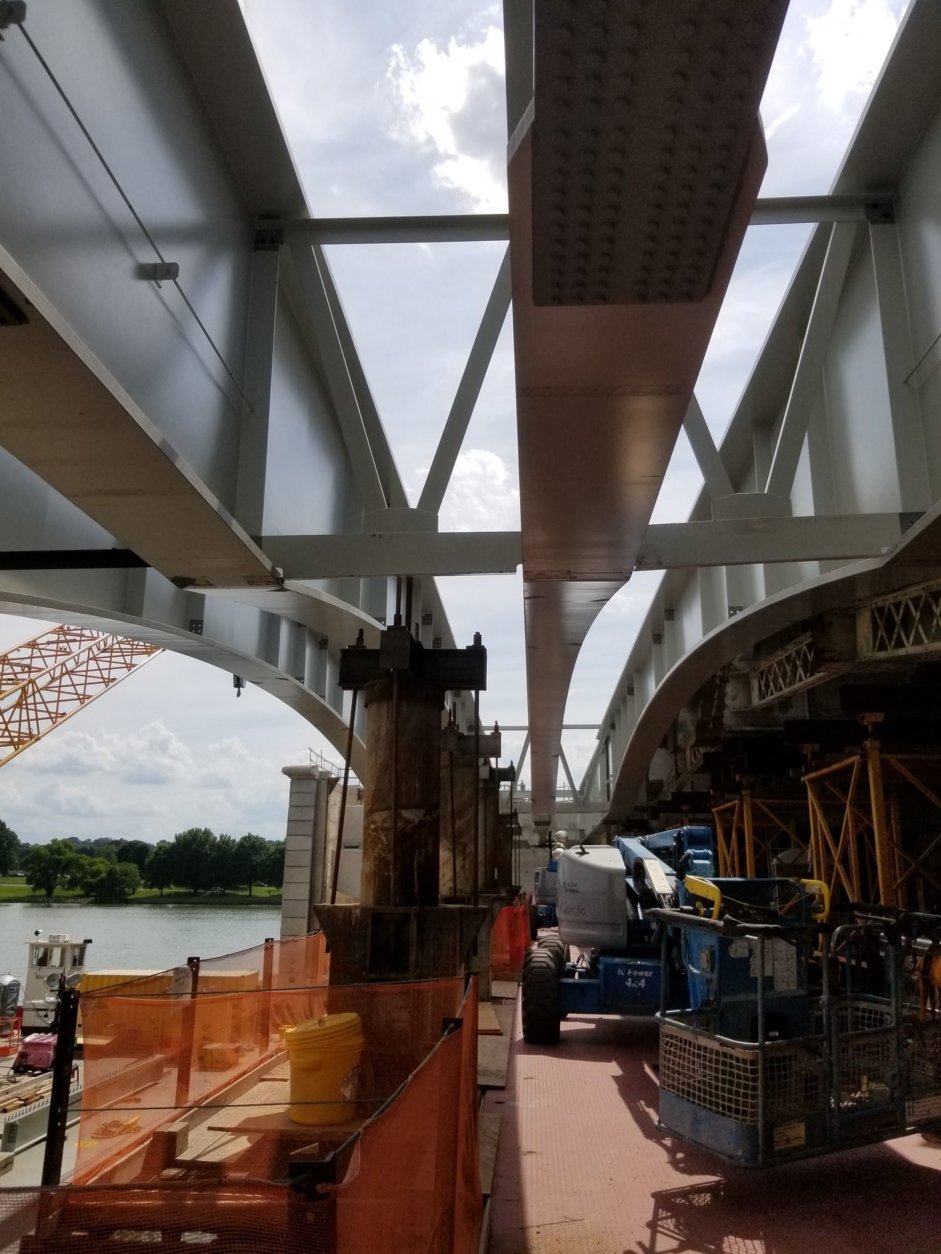 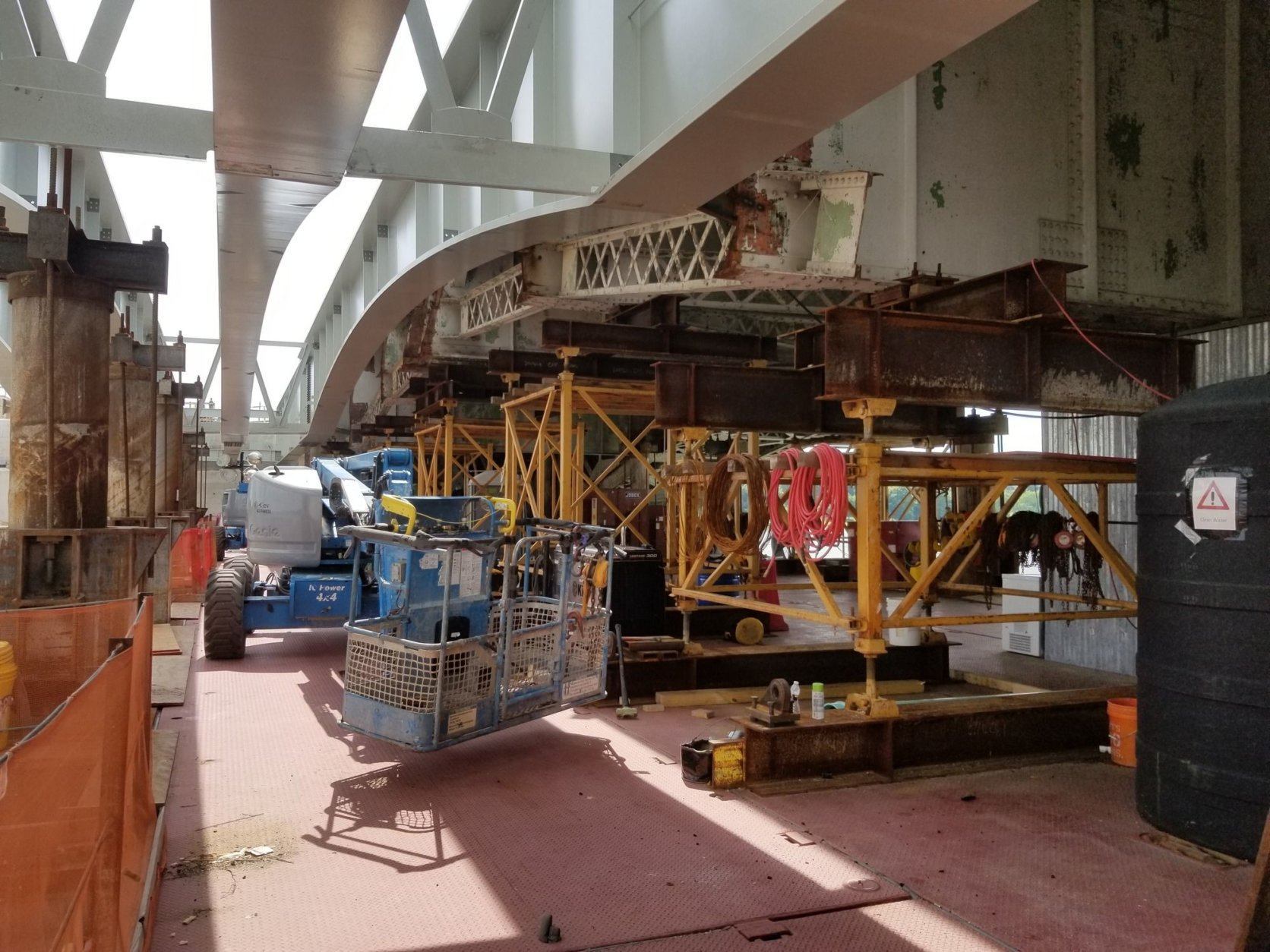 8/10
Equipment for the Arlington Memorial Bridge restoration project is stored under the bridge. (Courtesy NPS/Jonathan Shafer) 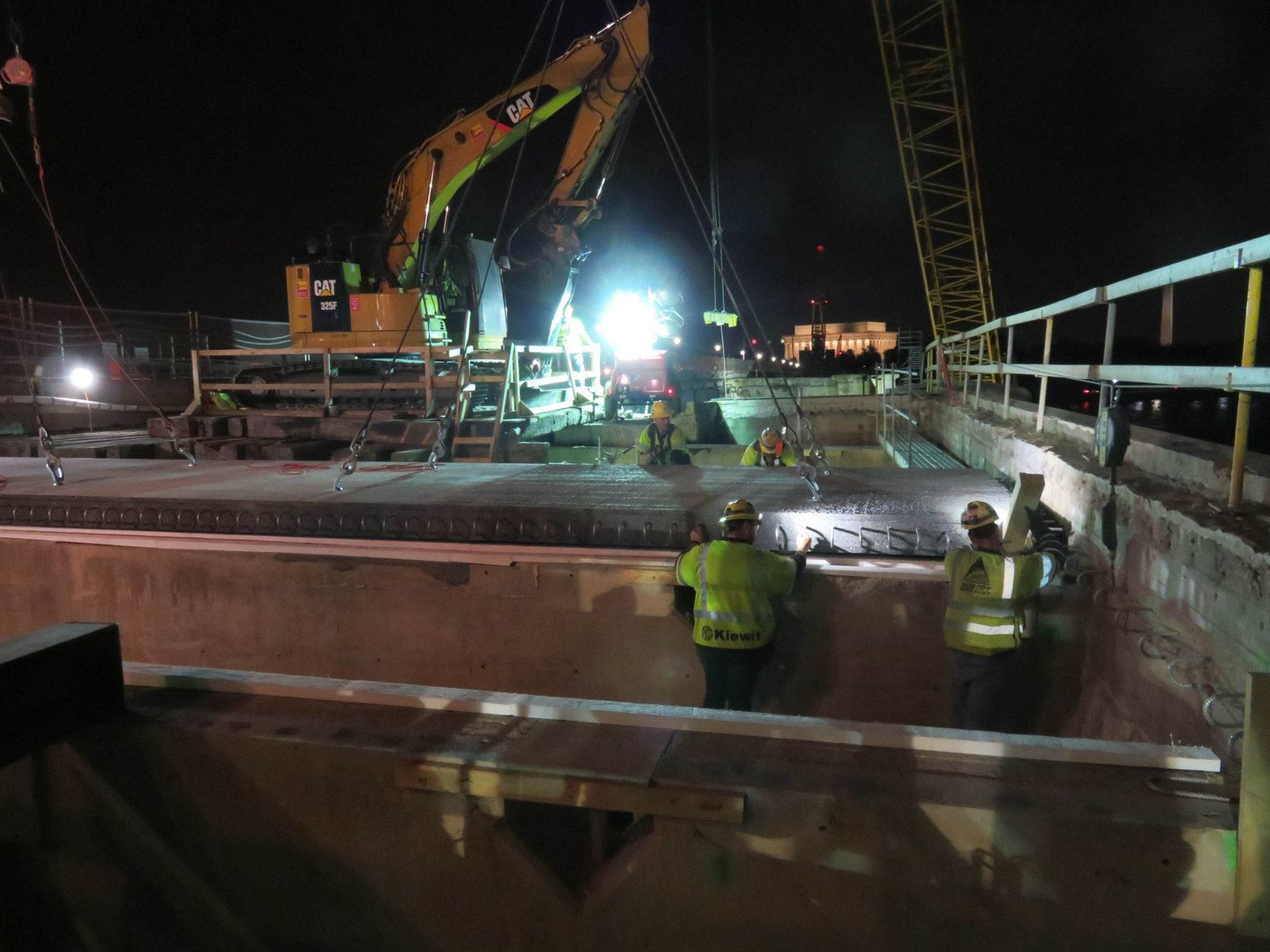 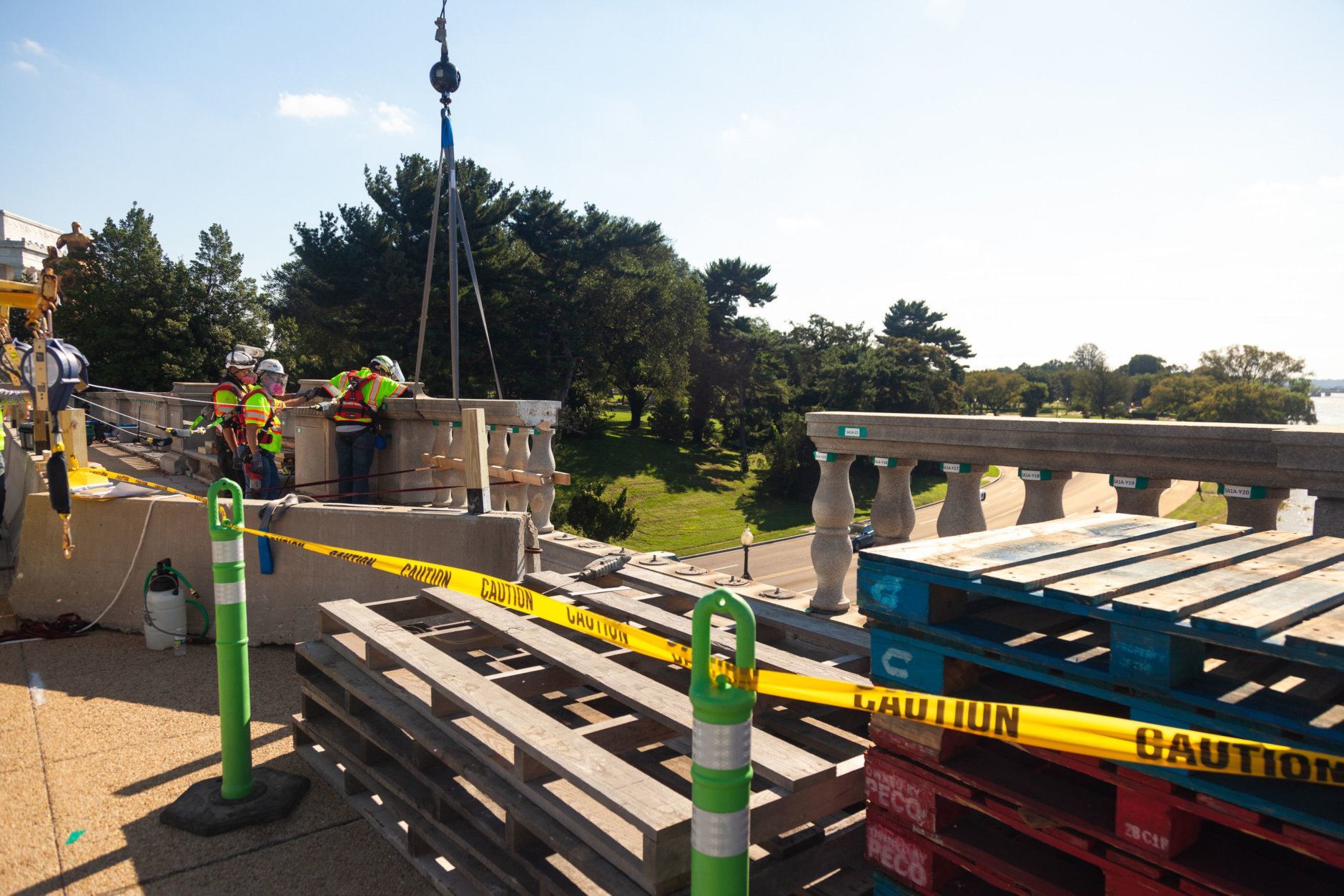