6 DC-area restaurants to look forward to in 2019

The D.C. area’s restaurant bubble continues to grow, but it’s not bursting just yet. A number of eateries opened in 2018 — from grand dining rooms to street-food stands — and 2019 is shaping up to be an equally exciting year for the taste buds.
Listen now to WTOP News WTOP.com | Alexa | Google Home | WTOP App | 103.5 FM

WASHINGTON — The D.C. area’s restaurant bubble continues to grow, but it’s not bursting just yet. Close to 100 eateries opened in 2018 — from grand dining rooms to street-food stands — and 2019 is shaping up to be an equally exciting year for the taste buds.

What, exactly, is in the works? Washingtonian executive food editor and critic Ann Limpert shared six projects from local chefs that will open in 2019.

If you’ve had trouble snagging one of the 24 seats at Kevin Tien’s Petworth restaurant, Himitsu, perhaps you’ll have better luck at his new 70-seat Capitol Hill concept, Emilie’s.

There, the 31-year-old James Beard Award finalist will “step onto a much bigger stage” with fresh pastas, homemade breads, pickled goods and a menu that changes daily.

“The really cool thing here is that most of the menu is going to be circulated around the dining room on trays and carts,” Limpert said.

“They’re even going to have a mobile oyster bar for table-side shucking.”

Adams Morgan will get a new place to dine and drink when the team behind the Michelin-starred Tail Up Goat opens its new restaurant, Reveler’s Hour. Limpert said the concept will be casual with a menu of pastas, vegetable dishes and wood-fired items. She expects it will also be a hot spot for wine lovers.

“Their sommelier, Bill Jensen, makes things really accessible and fun, and I think he’s a real star on the scene,” Limpert said.

Peter Chang is adding to his growing restaurant empire this year with a new outpost on Old Lee Highway in Fairfax, Virginia. Mama Chang will shine a spotlight on home-style Hunan and Szechuan dishes.

“And the cool thing here is that many of the recipes have been passed down through lots of generations of his family,” Limpert said.

Limpert said Rafidi’s restaurant, called Albi, will focus on Middle Eastern-inspired fare; Kroll will head its wine program. Next door, Kroll will open a second location of his wine bar, Maxwell Park, for which Rafidi will design the food offerings.

As if Nicholas Stefanelli wasn’t busy enough in 2018, the chef behind the Michelin-starred Masseria and the recently opened Officina (a three-story Italian market and trattoria at The Wharf) has another project in the works. This year, Stefanelli will open Philotimo, a Greek restaurant at Fannie Mae’s new downtown headquarters.

“He’s going to be importing specialty cheeses, wild herbs and olive oils from Greece, but he’s also going to highlight food and wine from all regions of the country,” Limpert said.

Similar to its Annandale, Virginia sibling, The Block in North Bethesda, Maryland will showcase an array of Asian fare in a food hall format. Limpert said the new location, designed to look like an Asian night market, will be much bigger than the first (more than 3,000 square feet bigger). Diners can expect a bar and several stalls serving street foods. 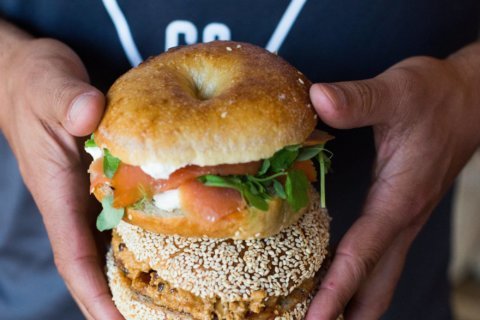 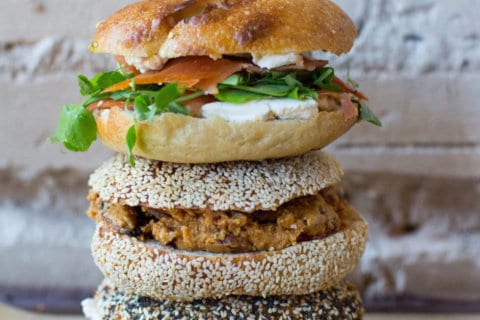 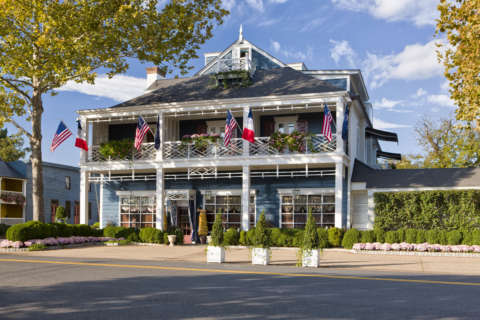