Want to cook like a chef? Master simple techniques, build on the basics

Forget the beef Wellington and the pâté de canard en croûte. The key to becoming an accomplished home cook lies in mastering a few simple techniques. Here's what you should know to be a successful home cook.
Listen now to WTOP News WTOP.com | Alexa | Google Home | WTOP App | 103.5 FM

WASHINGTON — Forget the beef Wellington and the pâté de canard en croûte. The key to becoming an accomplished home cook lies in mastering a few simple techniques, not overly complicated recipes. And for chef Ludo Lefebvre, the most important place to start is with an omelet.

“In France, we judge a good cook by the way they cook eggs,” said Lefebvre, a Los Angeles-based restaurateur who was most recently profiled on PBS’ “The Mind of a Chef.”

After 35 years of cooking, he’s finally discovered the secret to great eggs: be gentle.

“Most people cook their eggs too aggressive, the sauté pan most of the time is too hot and when you put your eggs in, they cook right away,” Lefebvre said.

Keeping the heat low, gently stirring the center of the egg and using a good amount of butter will result in a creamy, classic entree.

“Trust me, to do the perfect omelet, it took me a long time. It looks easy, but it’s not,” Lefebvre said.

Ludo Lefebvre and his son, Luca, demonstrate how to make the perfect omelet:

Of course that’s not the only fundamental skill Lefebvre recommends. He says learning a basic French sauce — such as a beurre blanc — perfecting a roast chicken and knowing how to poach a piece of fish are other culinary essentials.

“Then after, when you know these techniques very well, you can play with whatever you want; you can be creative,” he said.

Lefebvre grew up in Burgundy, France, and learned to cook from watching his grandmother. After getting kicked out of school at 13, his father gave him three options: he could work as a mechanic, work as a hairdresser or work as a cook. Lefebvre chose the latter, and the rest is history.

The 45-year-old chef made his mark in L.A.’s dining scene, first with pioneering the pop-up dining movement with his concept LudoBites, and then by offering upscale food in a casual environment. Three of his restaurants are located in strip malls.

“It was very important for me to be accessible. I didn’t want to be that expensive. At the end of the day, I need to pay my rent,” he said. “You can eat good food everywhere. You don’t need to be in a fancy restaurant.”

Most recently, Lefebvre took viewers of the Anthony Bourdain-narrated “The Mind of a Chef” documentary series on a culinary tour of France, where he peeled back the curtain on the country’s food culture and showed what inspired him most in the kitchen: quality ingredients.

“I get excited when I go to the farmers market or to my butcher and I see some beautiful ingredients,” said Lefebvre, adding that quality ingredients are another key to successful cooking.

His last bit of advice for home cooks is to keep practicing the basics. Perfecting the roasting, the reductions and the roux and will take your everyday dishes to a professional level.

Feeling confident? Just in time for the holidays, Lefebvre demonstrates how to make one of his favorite Christmas dishes from childhood: a soufflé. 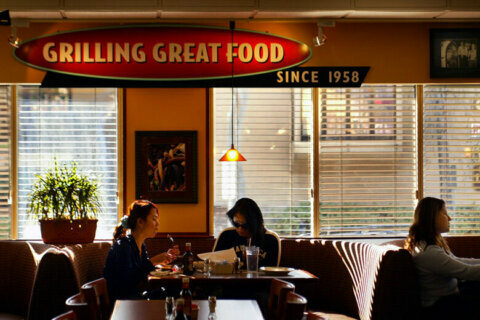