Inside The Den: Politics & Prose coffee shop gets remix 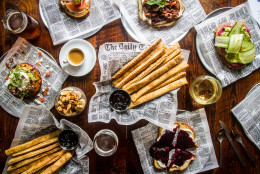 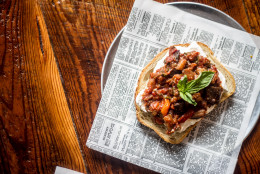 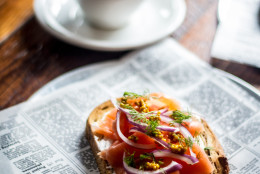 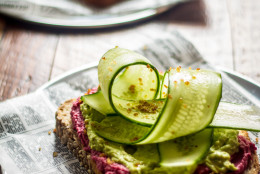 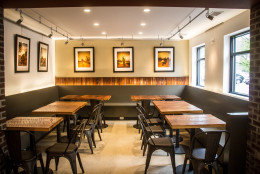 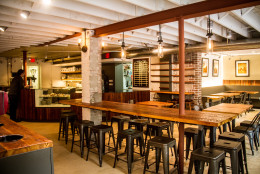 WASHINGTON — Politics & Prose is one of the most popular indie bookstores in the District. But while it wasn’t lacking great books, the bookstore was lacking space for people to linger over a good piece of literature.

The coffee shop needed a makeover.

“It really hadn’t had a thorough freshening up in more than two decades,” said Bradley Graham, who owns Politics & Prose with his wife Lissa Muscatine.

After a three-month hiatus, the bookstore unveiled its new and improved coffee shop, The Den Coffee & Wine Bar, at an official opening April 14. The new venue boasts bigger space and they’ve added beer and wine to the menu.

“There aren’t many places to go to have a conversation over wine or a beer, other than going to a loud bar,” said Matt Carr, who runs the kitchen. He is also the owner of Little Red Fox eatery a few doors down.

After book browsing, bibliophiles can munch on sweet and savory toasts — The Den serves a chia banana mash for breakfast. By 4 p.m., the format shifts to the evening menu, when they break out the beer and wine and offer up cheese and charcuterie. Late-night diners can also munch on pie fries served with blueberry and crème anglaise dipping sauces.

Politics & Prose had always been viewed as a gathering space ever since the bookstore was founded by Carla Cohen and Barbara Meade in 1984. The bookstore hosts between 500 and 600 author events each year.

“We wanted to be able to build on our author events, which bring people into the store, and night life that exists elsewhere on the block by developing an evening menu, too, along with the beer and wine,” Graham said.

He said the small space of the old coffee shop was small (the new space is 50 percent bigger), and he described the menu as “tired.” He said renovating the coffee shop was something he and his wife had on their to-do list ever since the assumed ownership of the bookstore five years ago.

After all, coffee shops and bookstores go hand-in-hand.

“People come to expect that,” Graham said. “There’s a natural synergy between a coffee shop and a bookstore.”