Home » Food & Restaurant News » Everything you need to…

Everything you need to know about pumpkin beer

Pumpkin beer is a fall favorite, and it's about as American as an ale can get. Home brewer Rob Fink talks about its history and its place in the modern craft beer movement.
(1/5) 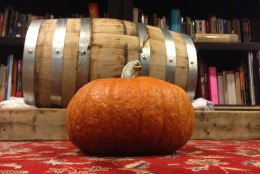 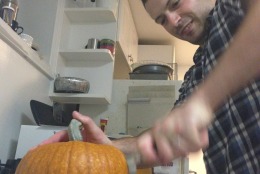 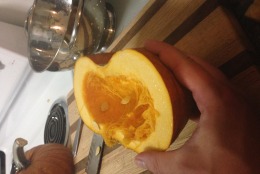 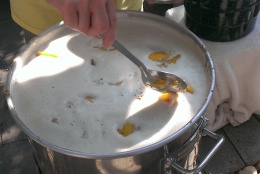 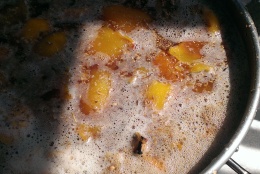 WASHINGTON — The tastes of autumn’s harvest can’t be contained to produce stands. There’s a growing demand for fall flavors in a variety of foods and drinks. (Never mind the flavored lattes; Nabisco recently announced its new foray into fall: the Pumpkin Spice Oreo.)

And among American craft beers, pumpkin ale has a respectable presence.

Unlike other fall beer styles, such as Oktoberfest/Märzen, pumpkin ales are as American as it gets. Indigenous to North America, pumpkins were an alternative source of nutrients in the brewing process during the colonial era. Back then, they were used to replace malted barley, which was far more costly.

Because they were relatively cheap, with starch reserves, pumpkins made their way into the beer and wine of colonists.

Fast forward several centuries and pumpkin ale is arguably the most ubiquitous fall beer in the U.S. And similar to other seasonal styles, it’s fallen prey to the “seasonal creep” — you’ll see it on shelves long before the actual start of the season.

From the educated consumer/beer geek standpoint, it’s natural to get frustrated when fall seasonals are selling on a 100-degree day in late July. But from the perspective of a production brewery on a tight schedule, getting seasonal beers out as early as possible gives them a chance to catch the attention of consumers, who will likely associate their brand with “pumpkin” for the rest of fall. It also frees up limited shelf space.

Modern interpretations of pumpkin ale are less focused on capturing the flavor of raw pumpkin and more on creating pumpkin pie in liquid form. But then again, the raw pumpkin gives very little flavor to a beer (its sole purpose is to contribute starch). The more assertive pumpkin ales incorporate spices such as nutmeg, cinnamon and clove to give the beer its fresh-out-of- the-oven, fall-like flavor.

Given my fascination with the history behind the style, I decided to brew my own pumpkin ale for the first time. For my ale, I used more than 10 pounds of sugar pumpkin flesh from pumpkins organically grown by a friend.

I had to gelatinize, or break down, the pumpkins’ starch reserves by baking the pumpkin flesh so that I could extract fermentable sugars from the fruit. Then, I added the pumpkin to the mash, where it sat patiently while my malt went through the same process in 154-degree water for 60 minutes.

After the mashing process, I rinsed the grains and pumpkin flesh to get rid of the sugars using a technique known as fly or continuous sparging. During this step, hot water was slowly added to the mash tun while wort (pre-fermented beer) exited the mash tun into the boil kettle.

I’ve always preferred pumpkin ales with more depth of malt flavor, so I chose a combination of Munich, Maris Otter and Golden Promise to serve as my base malt. I boiled my wort for two hours to caramelize and darken it; this intensifies the malt profile.

Right before the end of the boil, I added a modest amount of Ceylon cinnamon, ginger, nutmeg and allspice in my own attempt to achieve pumpkin pie in liquid form. Now, several weeks after the brewing process, the beer is fully fermented and is tasting delicious. It should definitely be ready for Halloween.

Don’t want to go through the work of brewing your own? The following three commercial pumpkin ales are the best representation of a traditional, American style:

Editor’s Note: Rob Fink lives in Arlington, Virginia, and is an avid home brewer. Follow him on Twitter.