3 injured in crash that closed Capital Beltway near GW Parkway

Three people, including a 6-year-old boy, were hurt in the crash Wednesday morning that closed the Inner Loop of the Beltway near the George Washington Bridge.
Listen now to WTOP News WTOP.com | Alexa | Google Home | WTOP App | 103.5 FM
(1/4) 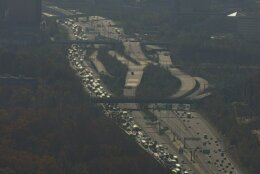 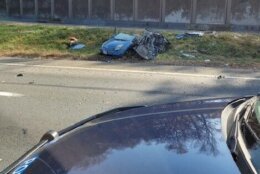 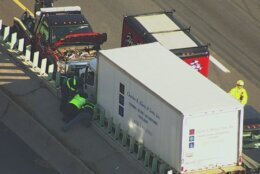 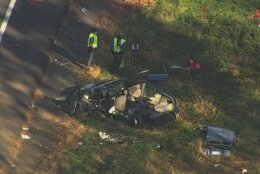 Three people, including a 6-year-old boy, were hurt in a crash Wednesday morning that closed the Inner Loop of the Capital Beltway near the George Washington Parkway.

The Virginia State Police on Wednesday afternoon said the crash happened at around 10:30 a.m. A Toyota that was stopped partly on the right shoulder of the northbound lanes and partly in the right travel lane pulled into the lane of a box truck that was heading north and trying to avoid it.

The road was closed for several hours and reopened around 2 p.m.