A 13-year-old Fairfax County girl was struck and killed by a Virginia Railway Express train as she walked along a train trestle in a remote section of the county in Clifton on Wednesday afternoon. Her death is a grim reminder of just how dangerous train tracks can be.
Listen now to WTOP News WTOP.com | Alexa | Google Home | WTOP App | 103.5 FM

WASHINGTON — The death of a 13-year-old Fairfax County girl, who was struck by a commuter train in a remote area of the county Wednesday afternoon, serves as a tragic reminder of just how dangerous train tracks are, said Sharon Bulova, chair of the Board of Supervisors.

“Stay off train tracks. They are dangerous places,” Bulova said. “You never know when a train might be coming in either direction.”

Reyhan Safoglu, of Burke, was hit by a Virginia Railway Express train as she crossed a train trestle over Bull Run around 3 p.m. Fairfax County police said she had been hiking with her 13-year-old cousin and her 21-year-old brother.

When the train approached, the 13-year-old boy was able to get out of the way, but Safoglu was hit. She died at the scene, police said.

Bulova said that Safoglu was killed in a wooded and remote part of the county.

“(It’s) not a place where a train would expect to find pedestrians on the tracks,” she said.

The VRE train stopped after the girl was struck and the crew tried to help her, calling 911 while the passengers remained on board. Buses were eventually brought in to take the commuters home, Bulova said.

Fencing has been installed in some spots along tracks used by VRE, including near the Burke Center Station, to keep people from crossing the tracks on foot. But Bulova said it’s not feasible to fence the entire length of the railroad, which is owned by two freight rail companies.

“My heart goes out to the family and the friends of the young lady who lost her life,” said Bulova, calling Safoglu’s death a “horrible accident.”

Safoglu was a student at Lake Braddock Secondary School and a school liaison commander was working with her family and school officials to provide support, police said.

A GoFundMe page has been set up to help Safoglu’s family with funeral expenses.

The VRE incident happened less than a day after two CSX workers were fatally struck by an Amtrak train just north of Union Station in D.C. The fatal collision on Tuesday night led to suspended service, delays and disruptions on both the Amtrak and MARC lines into Wednesday morning. 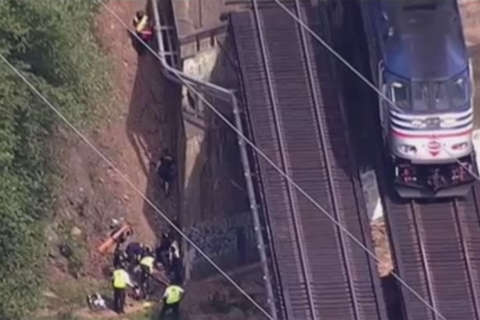 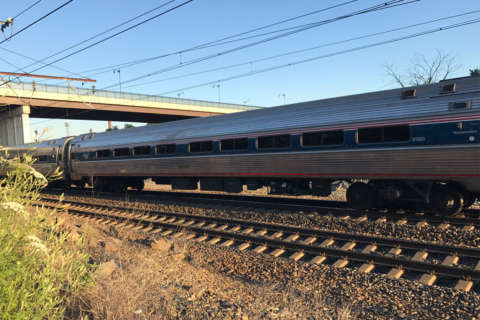