D.C. residents are turning out at voting centers throughout the District to cast their ballots on the first day of early voting.
Listen now to WTOP News WTOP.com | Alexa | Google Home | WTOP App | 103.5 FM
(1/21) 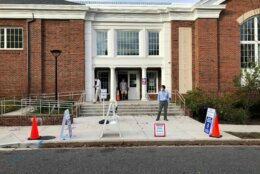 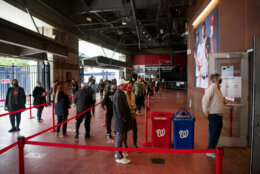 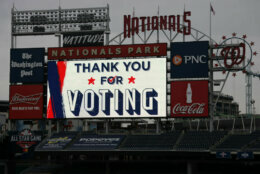 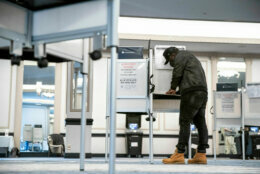 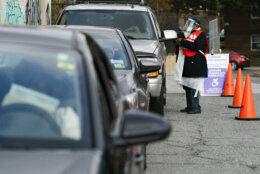 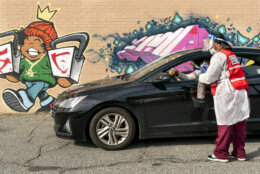 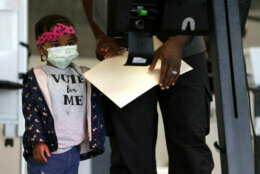 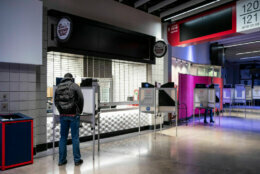 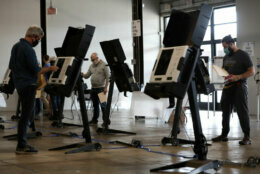 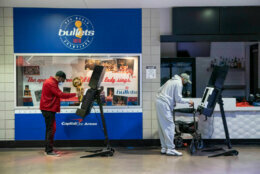 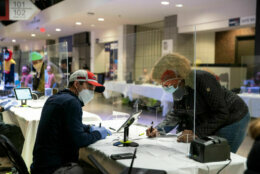 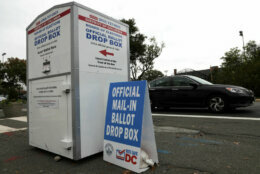 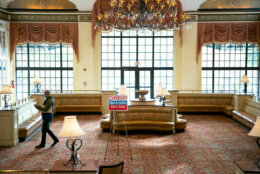 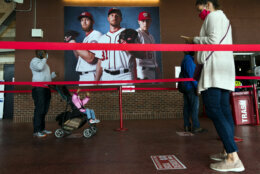 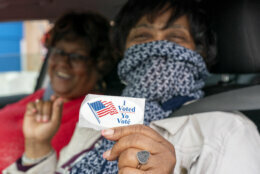 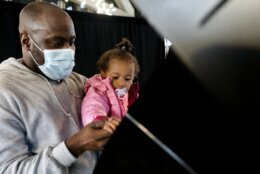 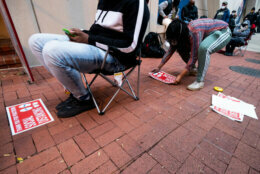 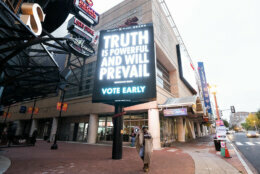 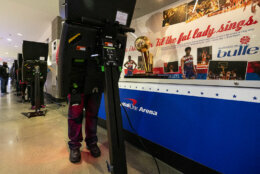 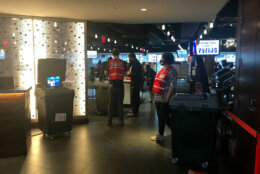 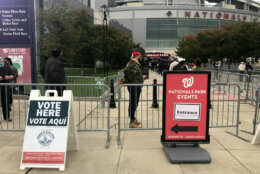 D.C. residents made their way to voting centers throughout the city on Tuesday to cast their ballots on the first day of in-person early voting.

The Board of Elections said 21,947 people cast ballots Tuesday.

You can track the running numbers on the D.C. Board of Elections website.

In Maryland, the unofficial single-day early voting record was shattered on the first day of early voting on Monday, and the second day’s turnout stands at more than 153,000.

Angela Hawkins told WTOP’s Melissa Howell that it was “a blessing” to see so many voters turn out at Nationals Park, which is serving as a super vote center for Southwest D.C.

“I feel good because I want to vote, because voting matters, and my vote will matter,” Hawkins said. “I really didn’t think there was going be a lot of people here, but it’s a blessing to see them. It’s a good thing.”

She added that nobody was going to keep her from voting, “unless it’s the Good Lord.”

“I think that seeing so many people who are willing to get up early on the first day shows how committed people are to making sure their voice is heard and their vote counts,” said voter Altee Chait.

Chait noted that safety precautions are being observed since the coronavirus pandemic is still raging. “They’re really careful,” Chait said.

Those in line are staying 6 feet apart and wearing face masks.

“The same as inside, people are really respecting it,” Chait said. “All the people who are helping you, sitting down and computers, are behind face shields that are glass. So you can really tell that they’ve thought through all of the different precautions that could be put in to make sure people feel comfortable. And that was really nice to see. So, I felt very safe and comfortable.”

Dorice Templeman said she came to physically drop off her ballot because she didn’t want to risk it getting lost in the mail.

“I really want to make sure my vote counts. So, I figured it would be a lot safer for me to do it,” Templeman said. “Because I just got a funny feeling that that president we got in there, he’s got some stuff in his sleeve, and I wasn’t gonna get caught up in it.”

Templeman said that even though she’s in the high-risk group for coronavirus, she was going to come out and vote. “I was coming today. You can believe that,” she said.

WTOP has a voter guide with a look at who’s on the ballot.

The D.C. Board of Elections has a list of early voting centers as well as status, wait times and a tally of voters served online.

D.C. Mayor Muriel Bowser urged residents to take advantage of all six days of early voting ahead of Election Day, on Nov. 3.

“Plan. You have a whole week,” Bowser said. “But don’t wait until the last day.”

Residents can also take advantage of D.C.’s ballot drop boxes instead of going in person to an early voting center. 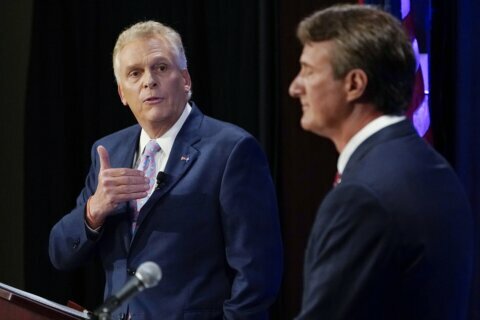