A house fire in the Petworth neighborhood of Northwest D.C. displaced 13 people from three homes, sent a firefighter to the hospital and caused road closures Wednesday morning.

D.C. Fire and EMS responded shortly after 5 a.m. to a blazing fire at a row house in the 500 block of Shepherd Street NW.

This is the second time fire crews have responded to the same house in the 500 block of Shepherd Street NW, and an investigation is underway. Initial findings indicates there appeared to be no smoke alarms in the home.

Fire officials via Twitter reported heavy fire conditions and significant clutter in the home, making it difficult for fire crews to knock out the fire. Heavy damage was reported in the attic and on the second floor.

Investigators have not yet said what the cause of the two-alarm Petworth fire was.

In recent weeks, the D.C. region has seen a spike in fires, several of which have been deadly. One of those fires in Montgomery County turned out to be deadly and involved a significant amount of clutter. 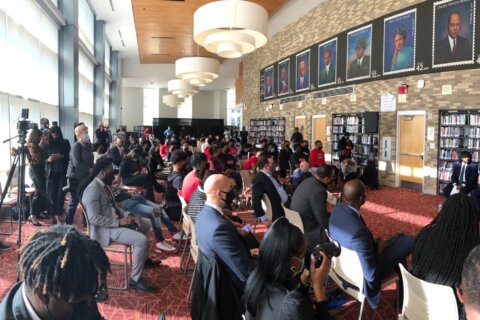