The line started forming early outside the Washington Monument on day one of the monument's reopening to the general public. One man, who traveled all the way from Kansas, got there at 3:30 a.m.
Listen now to WTOP News WTOP.com | Alexa | Google Home | WTOP App | 103.5 FM
(1/11) 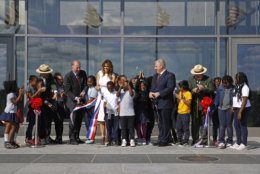 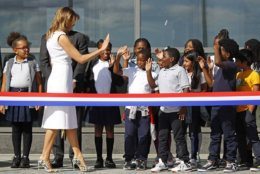 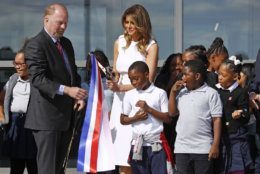 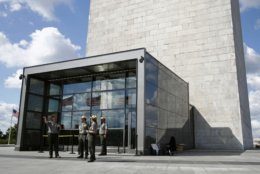 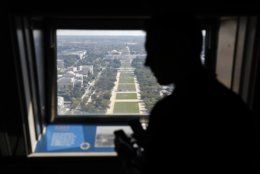 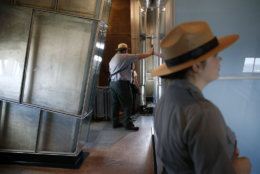 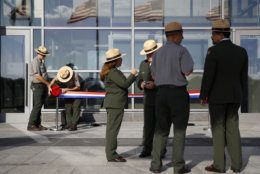 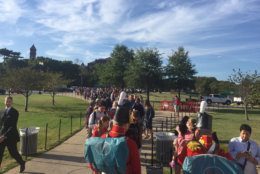 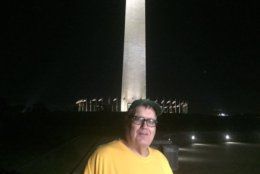 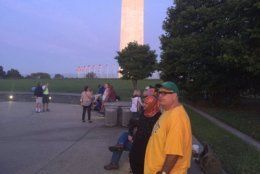 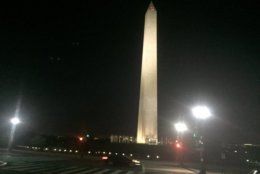 The line started forming early outside the Washington Monument on day one of the monument’s reopening to the general public after a three-year closure.

The National Park Service said people could get in line as early as 4 a.m. Thursday, but Steve Dix of Wichita, Kansas, got there at 3:30 a.m.

“I didn’t know how long, how early people would get here,” said Dix, at a time when he was the only person forming the line. “I saw nobody here, I thought ‘Well I’m, I’m going up today.'”

Dix planned his trip to D.C. months ago, when he thought the monument would open again sometime in August. Then he found out it wasn’t going to open in September — and the day after he was supposed to head back home.

“As soon as they said it was reopening the 19th, I knew I was flying back the 18th,” said Dix. He said that was the moment he changed his flight and extended his hotel.

The Washington Monument has been closed to visitors since August 2016, when it was shut down by elevator problems. The elevator has since been repaired and the monument has a new security screening center.

Second in line behind him was Angela Williams and her stepdaughters. Williams has worked for the government for decades, mostly with the State Department. Now that she’s retired, she came back to D.C. and will go to the top for the very first time.

“I have never been a tourist in Washington, D.C.,” said Williams. “This is an opportunity to see the Washington Monument, which I’ve passed often and which I think of often.”

Tickets were handed out first come, first served, starting at 8:30 a.m. But the first people going to the top won’t actually get to go up until 11:30 a.m., after a ribbon-cutting ceremony.

Third in line ws Frank Dennison of Austin, Texas. He got there early to save a spot for himself, his wife, and their 9-year-old grandson.

“What I’m especially looking forward to is just the excitement on his face,” said Dennison. “I don’t think he’s ever been to anything like this.”

The reopening even drew Washingtonians hoping for a glimpse inside the city’s tallest structure.

Brad Hershon, who grew up in Montgomery County and now lives in D.C., said seeing the city from the top of the monument is at the top of his bucket list.

“I was supposed to go the week it shut down three years ago … and I’ve been waiting patiently ever since. So as soon as they said, you can get your tickets on the 19th, I was, like, I’m there,” said Hershon, who’s a photographer. “There’s no way I’m missing that.”

For many tourists, the reopening of the monument was an unexpected surprise.

“I didn’t realize because it’s been closed down for three years and now it’s open,” said Linda Bukowy, from Lakeland, Florida. “I couldn’t believe it. I was here to see other sites, but I didn’t know this was going to happen.”

She snagged a ticket for noon.

Timed tickets are required to ride the elevator to the 500-foot observation deck, according to the National Park Service.

The same-day tickets are free and available on a first-come, first-served basis starting at 8:30 a.m. at the Washington Monument Lodge on 15th Street between Madison Drive Northwest and Jefferson Drive Southwest.

Advance reservation tickets are available beginning Oct. 19 and can be ordered online. 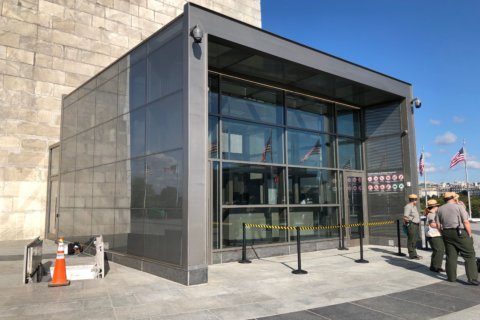