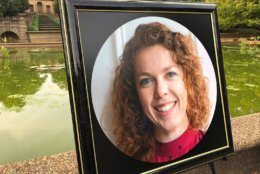 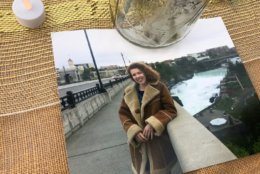 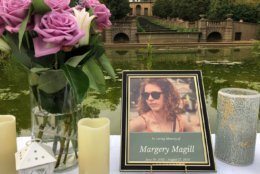 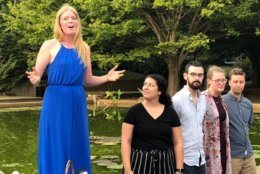 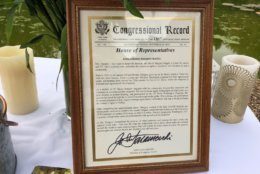 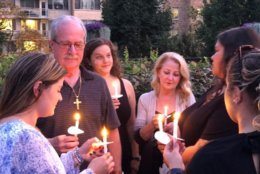 Family and friends of a young woman who was stabbed to death while walking a dog in Northwest D.C. last month are planning to take action in her memory.

On Aug. 27, Margery Magill, of Northwest, was attacked across from MedStar Washington Hospital Center. She was just 27 years old.

At a candlelight vigil for Magill held Tuesday night in Meridian Hill Park, her father announced plans to do advocacy work — in his daughter’s name — to help the mentally ill. The 24-year-old man arrested for Magill’s death has a history of mental illness.

“Her legacy will live on,” said Jeffrey Magill. “You’ll be hearing more about it. We’re going to need your help.”

The man arrested for the murder of Margery Magill has a history of mental illness, and Magill’s father Jeffrey, had this to say at tonight’s vigil @WTOP pic.twitter.com/Umu7y1g2Ty

Others who knew Magill stood near a water feature in the park, and shared their thoughts and memories.

“You were the most motivated person I know, and since you’re no longer here with us, I will continue to live each and every day for you, Margery,” Schmidtlein said.

Magill had been dating Drew Casey for about six months. He spoke at the vigil Tuesday.

“The first time that I met her, the entirety of her personality was apparent immediately. She bowled me over. She was intelligent; she was passionate; and she was funny,” Casey said.

“I’ve never met a person in my life that I had enjoyed spending so much time with.”