WATCH: Caps take a break from ice to bring smiles to sick children

The children at MedStar Georgetown University Hospital received a special treat this week. Instead of being stuck with needles or undergoing tests, these kids got to enjoy some quality time with their heroes on the ice. See photos.
Listen now to WTOP News WTOP.com | Alexa | Google Home | WTOP App | 103.5 FM
(1/12) 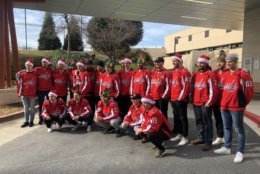 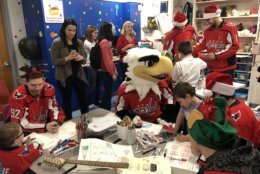 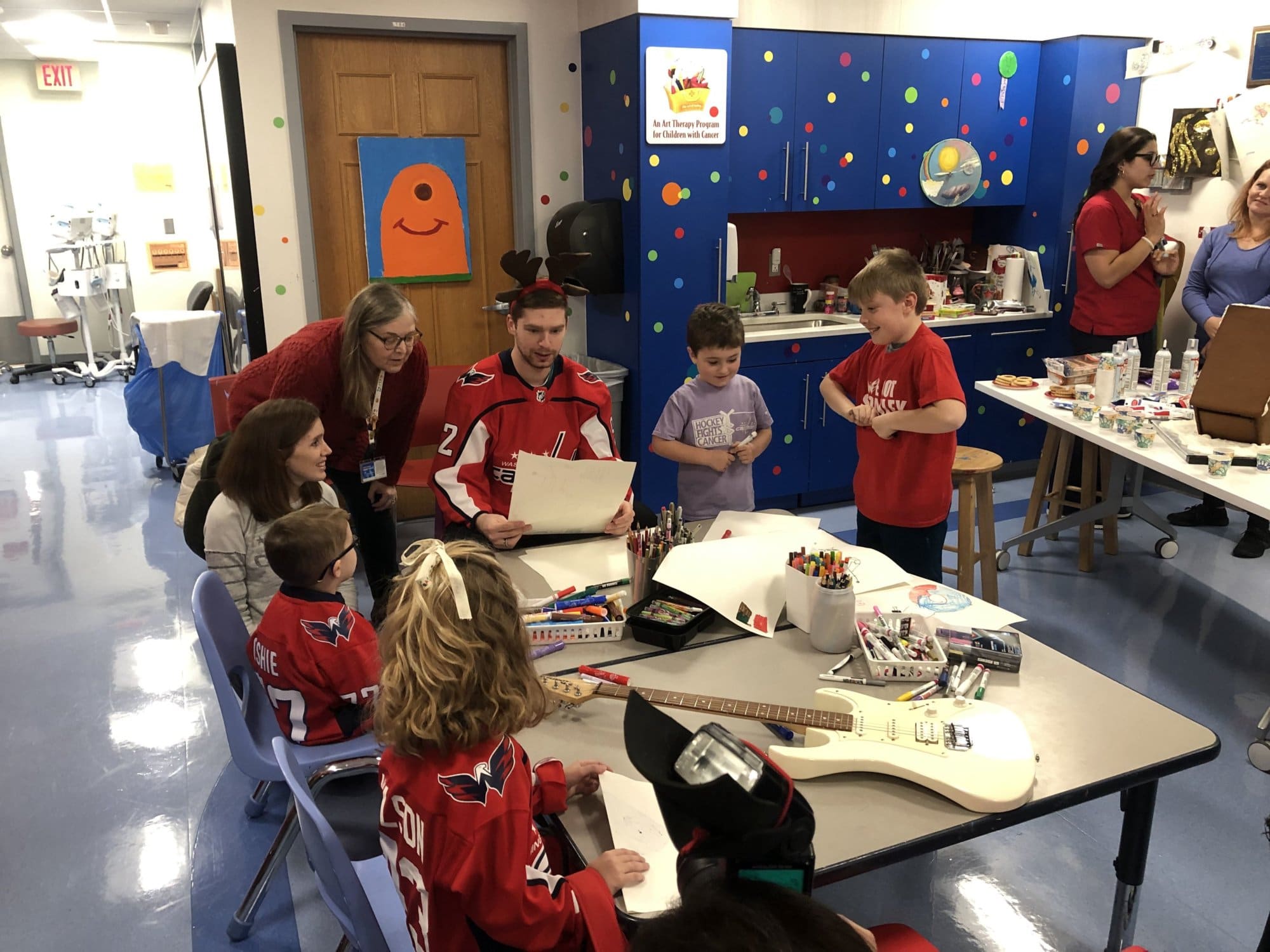 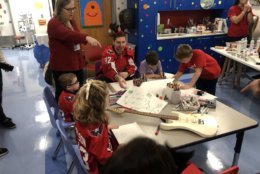 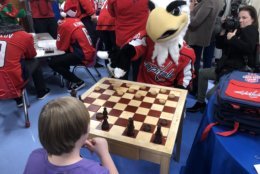 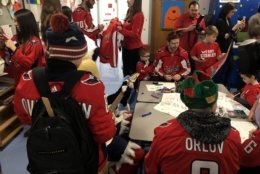 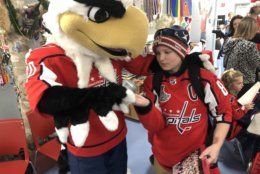 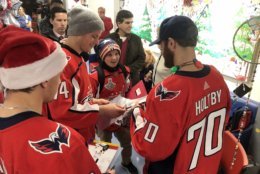 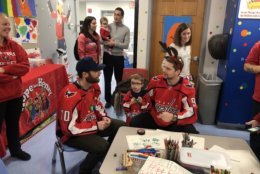 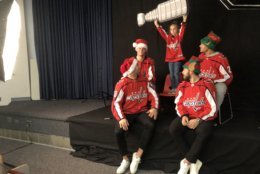 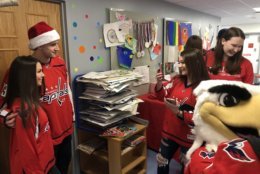 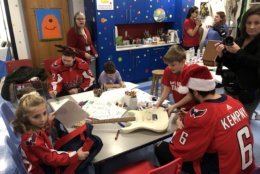 WASHINGTON — At one table, Evgeny Kuznetsov and Braden Holtby are entertaining some children with games of Tick-Tack-Toe. At a another, Pheonix Copley and Jonas Siegenthaler are channeling their inner artist to help other kids build a gingerbread house.

As they play and build, smiles abound. The children at MedStar Georgetown University Hospital are getting a much more enjoyable visit then they are used to. Instead of getting pricked with needles or undergoing tests, these kids, many of whom are suffering or recovering from severe illnesses, get to enjoy quality time with their heroes on the ice.

“It’s fun meeting the kids, [to] see the smiles on their faces and take their minds of things for a little bit,” said the Capitals’ goalie Braden Holtby.

This is an annual tradition for the Capitals, who made an extra visit to the hospital earlier this year with the Stanley Cup.

Tracy Councill, who runs an art therapy program at the hospital called Tracy’s Kids, says it means a lot to the kids when the Capitals stop by.

“You’d be amazed how comfortable the players are just being buddies with the kids,” Councill said.

Cancer survivor Ryan Tomoff, who spent many years battling his illness at the hospital, says the visit had a positive impact on his battle, especially when he was really sick.

“It kept me fighting to see another day,” Tomoff said.

Upstairs at the hospital, other players including Tom Wilson and Chandler Stephenson pose with kids for photographs.

“You can’t put yourself in their shoes, so to see their smiles and things like that just go a long way,” Stephenson said.

The organization Flashes of Hope arranged the visit and photos. D.C. chapter director Karen Post says it’s great to be able to catch these special moments for the children on film.

“It means so much to these families, to see these players, to get to meet them, to get to hang out with them, get pictures taken with them,” Post said.

Laurie Strongin’s son Henry spent much of his life at MedStar Georgetown University Hospital battling Fanconi anemia. After his death in 2002, she started the Hope for Henry Foundation, which donated a table full of Capitals gear so each child could get an item autographed by the players.

Strongin said she and her husband believe events like this can remind kids how special they are.

“We know what it’s like to spend many, many nights in the hospital and it can be very scary, and very lonely, and you can feel forgotten and that life is going on without you,” Strongin said.

Seven-year-old Joseph Miller suffers from a rare blood disorder, but that’s far from his mind as he works to get autographs from all the players.