Drivers and pedestrians reported seeing and posted videos to social media of drivers on ATVs and dirt bikes zooming on sidewalks and breaking traffic laws. The swarms of vehicles have created chaos in the past, and District police told WTOP Sunday they are monitoring the situation.

Some footage posted to social media show the vehicles driving dangerously and illegally in several locations including Georgetown, Washington Circle and the Wharf.

The drivers cruised along sidewalks, ignored red lights and drove in the wrong direction.

Heather Louise, a resident of D.C.’s Wharf neighborhood said she is familiar with the sound of ATVs from her childhood in eastern North Carolina. She heard the sound of the vehicles thundering down Maine Avenue and took video of the scene from her living room window.

@DCPoliceDept this #endangered many lives. @TheWharfDC atvs and dirt bikes on the sidewalks with #police sitting there. #unsafe @AdamTuss @nbcwashington pic.twitter.com/aBbHpChcjv

“It puts lots of people at risk, those are not jokes,” she said. “You just should not be able to ride those on Maine Avenue in D.C.,” she said.

One video from Georgetown shows D.C. Police cruisers chasing after them with lights and sirens on.

That ATV and motorcycle parade is being chased by @DCPoliceDept through Georgetown. Second time I’ve seen this? Apparently driving ATVs on DC streets is illegal, but the tourists outside @GTownCupcake love the display. #dcnews pic.twitter.com/QrQqhBOHqP

In December of 2015, the illegal ATVs and dirtbikers doing wheelies and tricks stopped traffic on the Beltway one Sunday afternoon. A similar incident caused chaos at National Harbor last summer. 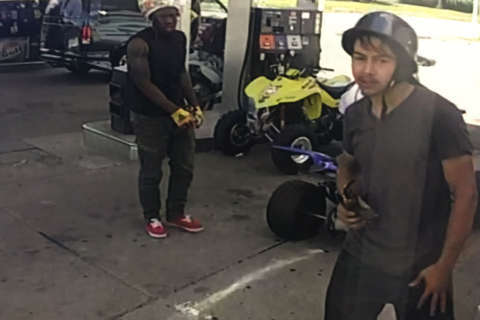 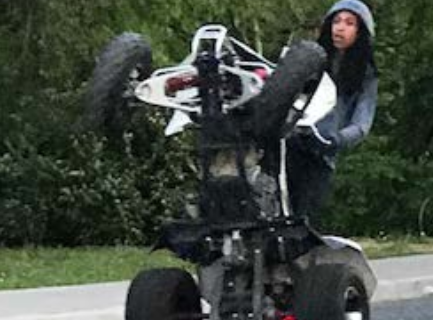