Hundreds of thousands came in from across the country to join the student-fueled rally against gun violence called March for Our Lives. Organizers expected up to half a million people in the District, with over 800 sister marches planned across the world in solidarity.
Listen now to WTOP News WTOP.com | Alexa | Google Home | WTOP App | 103.5 FM
(1/19) 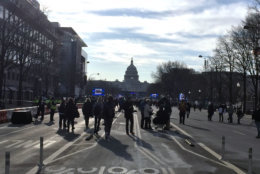 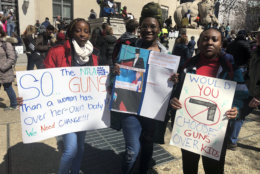 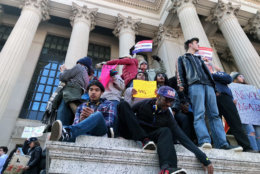 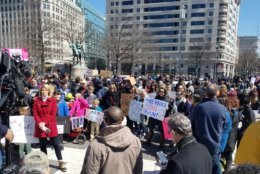 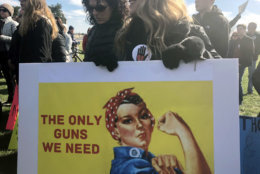 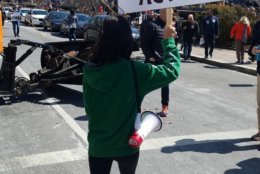 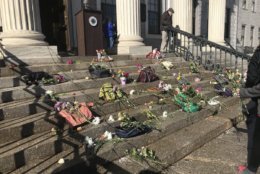 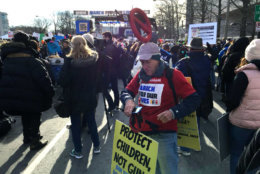 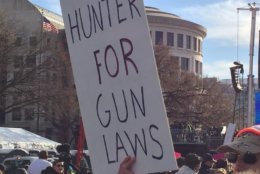 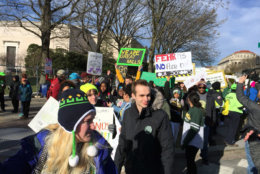 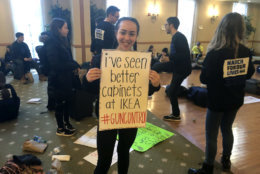 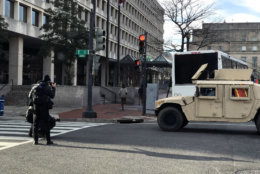 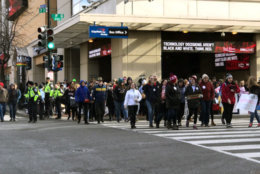 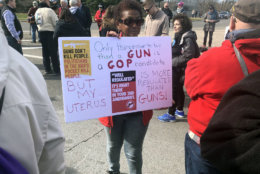 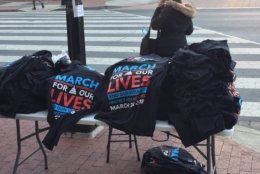 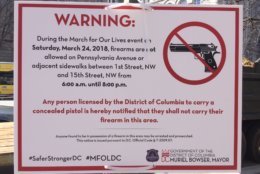 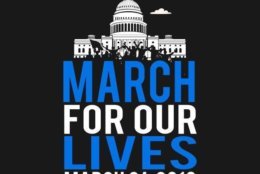 WASHINGTON — Hundreds of thousands of students took to the streets to demand tough gun-control laws in one of the biggest student-led protests in D.C. since the Vietnam War.

Organizers of the March for Our Lives rally in D.C. were hoping to draw 500,000 protesters to march against shootings and gun violence in schools. Metro said in a Tweet that ridership was at approximately 334,000 as of 4 p.m. Saturday, more than double what the agency would see on a normal Saturday.

More than 800 sister marches had been planned in cities across America and dozens of locations overseas to be held at roughly the same time.

The rally comes in the wake of the Feb. 14 mass shooting at Marjory Stoneman Douglas High School in Parkland, Florida.

The protesters, many of them high school students, claim that the youth leadership of the initiative is what will set it apart from previous attempts to enact stronger gun-control legislation.

Though the speaking portion of the rally began just after noon, people started trickling in with signs as of 8 a.m.

Many high school students came out from across the country to join speakers and organizers.

“I feel empowered as students that we get to march in such a large movement, especially now in our lives,” said Benny Fellows, a senior at Bloomfield High School in Detroit, Michigan. “It’s really important that we’re here.”

Fellows is one of 250 students who slept at the Washington Hebrew Congregation in D.C.

“We want to take fear out of the classroom,” said Arielle Bauer, a sophomore at Groves High School in Birmingham, Michigan.

“I have had students when we have drills ask, you know, what would happen. And … I’ve told them, I would get in front of you. And I mean, that’s a noble idea, but it’s also scary. I don’t want to have to get in front of them,” she said.

Tracy told WTOP’s John Domen that he hadn’t intended on joining the march until recently.

“It truly didn’t feel personal until this week,” Tracy said of the shooting that occurred at Great Mills High School on Tuesday.

Jaelynn Willey died after being taken off life support yesterday.

“It kind of draws together our community,” Tracy said.

Other locals include Arlington Democrats, who are marching in solidarity along the Memorial Bridge, led by former Gov. Terry McAuliffe.

March from Memorial Bridge to the March for Our Lives #MarchForOurLives @WTOP pic.twitter.com/pJ6F7mvafX

At noon, students affected by gun violence headlined the program with speeches, including the Parkland shooting survivors. See highlights of the speaking portion of the march here.

Alex Wind, student activist and one of the Parkland shooting survivors, said, “To all the politicians out there who have taken money from the NRA, you have chosen death … [But] we choose life.”

There are also musical performances scheduled between speeches, from Common, Miley Cyrus, Andra Day, Ariana Grande and Jennifer Hudson, among other artists.

“Vote them out,” the crowds chanted between speakers and performances, of the politicians silent on or against gun control efforts.

Just after he finished, a video using cuts from an NRA advertisement was played.

At the end of the speaking portion of the march, all the student activists and speakers gathered together and called for Americans to vote against gun violence.

“Congress did more than they’ve done in recent memory because of these students,” Deutch said.

Meanwhile, Florida Sen. Marco Rubio sent out a statement saying, “While protests are a legitimate way of making a point, in our system of government, making a change requires finding common ground with those who hold opposing views.”

“Common ground is how we were able to achieve the STOP School Violence Act, improvements to our background check system, propelling CDC studies on gun violence and now, a ban on bump stocks. And finding common ground is what it will take to pass our red flag law so we can take guns away from dangerous people.”

Lindsay Walters, the deputy press secretary of the White House, released a statement this morning.

“We applaud the many courageous young Americans exercising their First Amendment rights today. Keeping our children safe is a top priority of the President’s, which is why he urged Congress to pass the Fix NICS and STOP School Violence Acts, and signed them into law,” the statement says.

“Additionally, on Friday, the Department of Justice issued the rule to ban bump stocks following through on the President’s commitment to ban devices that turn legal weapons into illegal machine guns.”

The president’s call to arm certain teachers fell flat at the protest, and from critics as young as Zoe Tate, 11, from Gaithersburg, Maryland.

“It’s pretty simple for me,” she said. “I think guns are dumb. It’s scary enough with the security guards we have in school. We don’t need teachers carrying guns now. I find it amazing that I have to explain that idea to adults.”

The National Rifle Association went silent on Twitter on Saturday morning, in contrast to its reaction to the nationwide school walkouts against gun violence March 14, when it tweeted a photo of an assault rifle and the message, “I’ll control my own guns, thank you.”

However, on Facebook, they posted a video with a caption that said, “Today’s protests aren’t spontaneous. Gun-hating billionaires and Hollywood elites are manipulating and exploiting children as part of their plan to DESTROY the Second Amendment and strip us of our right to defend ourselves and our loved ones.”

WTOP’s Melissa Howell, John Domen and Nick Iannelli and The Associated Press contributed to this report.