A man and a child were shot in a commercial district near the Washington Navy Yard.
Listen now to WTOP News WTOP.com | Alexa | Google Home | WTOP App | 103.5 FM
(1/3) 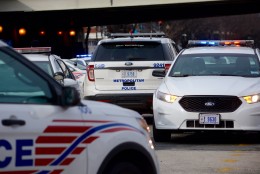 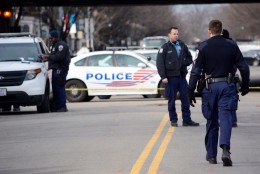 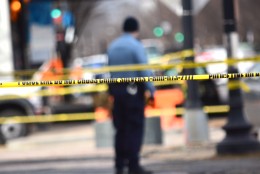 WASHINGTON — A man and a child were shot in a commercial district near the Washington Navy Yard Friday afternoon.

Newsham says the little boy was not significantly hurt, and he was talking at the hospital. It appears the father was shot more than once, but his injuries are not life threatening, either.

The Washington Post reports that the man, who was struck in both legs, and his son, who suffered a graze wound, had been released Sunday after receiving treatment at local hospitals.

Newsham says there were other people inside the barber shop when it happened, so they have several witnesses.

“At this time we do believe this was not a random event,” he said, adding that the shop was not robbed.

Bilal says police are looking for a white sport-utility vehicle with no tags and with four people inside.

“If anybody in the area saw a white SUV with folks in there potentially with masks on, or has any information, we’d appreciate it if they’d contact us,” Newsham said.

The shooting occurred along the commercial corridor known as Barracks Row, which is known for its dining and shopping.