Coronavirus News: Fairfax Co. votes to increase substitute teacher pay | Is it time to get a COVID-19 booster? Which one? | Local cases of COVID-19 | How many in DC region are vaccinated?
Home » Transportation News » EXCLUSIVE: Remote-controlled car zips…

A full-size remote control car has been driving up and down I-95 this week. The test in the 95 Express Lanes was meant to demonstrate that a person sitting from another location could successfully maneuver a full-sized Lincoln around complicated situations miles away.
Listen now to WTOP News WTOP.com | Alexa | Google Home | WTOP App | 103.5 FM

A driver test drove a car on Interstate 95 this week from a conference room in Alexandria, Virginia.

A full-size remote control car has been driving up and down I-95 this week. The test in the 95 Express Lanes was meant to demonstrate that a person sitting from another location could successfully maneuver a full-sized Lincoln around complicated situations miles away.

The tests by Phantom Auto included the remote operator sitting in Transburban’s operations center with a wheel, pedals and panoramic screens while the car with a backup driver inside ran north and south. The backup driver did not have to get involved during the testing, Pinelis said.

Pretesting and calibrations happened last Thursday and Friday, with the main testing done at the start of this week for about 30 minutes during the day on Monday and a longer period overnight.

Testing included different scenarios with cars on the side of the road and other unexpected actions that a human would be better able to handle than autonomous driving systems.

“Even though automated vehicles and self-driving vehicles can handle already the majority of the situations that they encounter on the roadway, the current industry feedback and thinking is it may never get to 100%, in the sense that you’re always going to have some kind of an edge case that the automated vehicle is not going to know how to handle, so for that reason, the remote operation and monitoring is expected to be a really important part of getting vehicles to be fully driverless,” Pinelis said.

Video feeds and other communication and control is done over the cellphone data network. 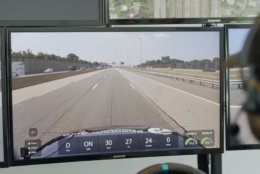 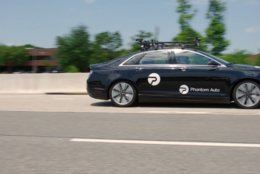 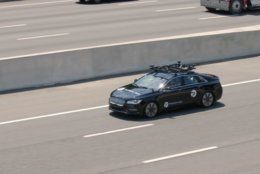 “So you always have kind of a human in the loop. They’re not necessarily in the vehicle, but they’re monitoring the vehicle and have the capability to guide it through those challenging situations,” Pinelis said.

Exactly how this would work on the mass market is not yet certain, partially because it is not clear how many remote drivers would need to be available per vehicle on the road. There could even be situations where there is a remote driver for every vehicle if a company simply wanted drivers in a centralized location or drivers who could quickly be switched from running one vehicle to another.

“I think the business models are still being developed, but I think, yes, there would be some sort of either regional or other centralized control centers that are monitoring a particular set of vehicles or make of vehicles or fleet of vehicles,” Pinelis said.

It could be done for individual car owners, companies such as Uber or Lyft, or trucking operations. Phantom Auto is also working on warehouse forklifts and home delivery robots as more near-term real-world applications.

Transurban, the Virginia Department of Transportation and other parts of Northern Virginia have hosted other similar tests in the past of connected or autonomous vehicles including self-driving cars, trucks that can be platooned to closely follow each other, and vehicles that can provide enhanced warnings to drivers.

In Arlington, Virginia, Joint Base Myer-Henderson Hall is just beginning to run new Olli self-driving shuttles between buildings on base. Transportation leaders from outside the military may be invited to ride those shuttles this summer.

The plan for a low-speed automated shuttle between the Dunn Loring Metro station and the Mosaic District must be worked around National Highway Traffic Safety Administration rules about steering wheels on vehicles. 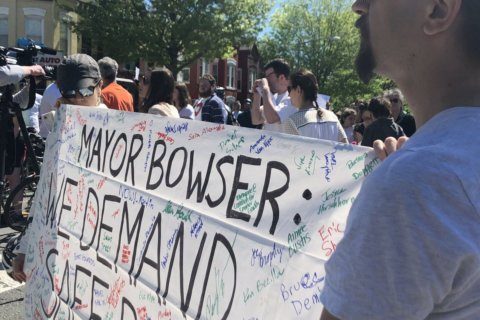