After complaints from some parts of the D.C. region, a revised funding plan revealed Tuesday includes several more road projects in Northern Virginia and elsewhere across the state.

After complaints from some parts of the D.C. region, a revised funding plan revealed Tuesday includes several more road projects in Northern Virginia and elsewhere across the state.

The adjusted plan, based on statewide and regional cost-benefit rankings, has some more money available than initially thought in January, including additional money for projects that had been on the outside looking in after the state found other ways of funding all or part of some of the originally recommended projects.

Two of the Amazon HQ2-related transit projects meant to prevent congestion (a second entrance to the Crystal City Metro and a transitway extension) Loudoun County leaders had been concerned about, for example, will be at least partially funded through state transit capital dollars rather than the more general Smart Scale money, freeing up money to build additional projects in coming years.

The funding methods mean the Crystal City Metro entrance and transitway extension can be built faster than they may have been using funding originally identified in promises to Amazon. That money will now remain available for other projects in the future.

Other additional funding came from money initially left unallocated, and from additional money expected due to changes in federal funding forecasts as part of the budget deal this winter.

The projects added to this year’s recommended list in the Northern Virginia area include an expansion of Alexandria’s DASH bus fleet, safety improvements on South Elden Street in Herndon, and the Old Bridge Road-Occoquan Road intersection off Interstate 95 in Prince William County.

In and around Fredericksburg, Route 1 improvements, including all planned changes at Fall Hill Road and upgrades at the Harrison Road and Salem Church Road intersection parallel to I-95, are among projects newly recommended for funding in coming years.

Projects remaining on the list for funding include Fairfax County’s planned Route 1 bus rapid transit between Huntington and Fort Belvoir, Duke Street and Telegraph Road in Alexandria; South Washington Street in Falls Church; two intersection improvements along Route 50 in Loudoun County, and upgrades along Route 301 in the Fredericksburg area.

State transportation officials also separately reran the cost-benefit calculations for projects after complaints from some lawmakers, such as Del. Dave LaRock and Loudoun County leaders, that this year’s funding was weighted too heavily toward transit options rather than on widening roads.

The new calculations, which included changes to the weighting of congestion mitigation or excluding the Hampton Roads Bridge Tunnel, had a slight impact on the order of Northern Virginia projects, but confirmed that the projects initially identified would have the greatest benefits to the state.

“Smart Scale is not ‘What is the biggest projects with the most benefits’ — it’s ‘What’s the most beneficial project per dollar spent,’” said Virginia Deputy Transportation Secretary Nick Donohue.

He also pointed to the billions being spent on ongoing highway construction across Northern Virginia, such as the extension of toll lanes down I-95 and the new toll lanes under construction on I-66.

Even looking only at congestion impacts, and none of the other benefits, eight of Northern Virginia’s top 10 projects for projected congestion reduction per dollar spent are funded in the latest recommended scenario.

“The Route 1/Route 123 project was over $100 million, whereas the Crystal City Metro was around $50 million, and we had $779 million available for award initially … it’s really hard to be able to fund projects that large with the level of resources we have,” Donohue said.

Under the Smart Scale process laid out by the General Assembly, areas of the state are guaranteed funding for projects, but individual jurisdictions are not.

This is the third round of funding awarded through the ranking system.

WTOP’s Max Smith reported from the Commonwealth Transportation Board workshop in Crystal City. 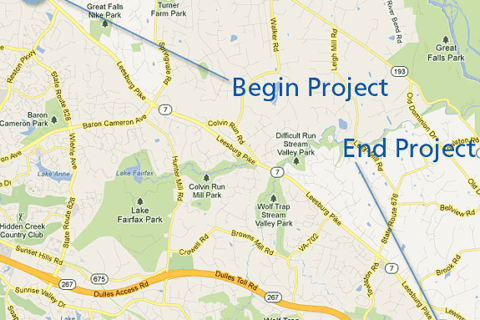 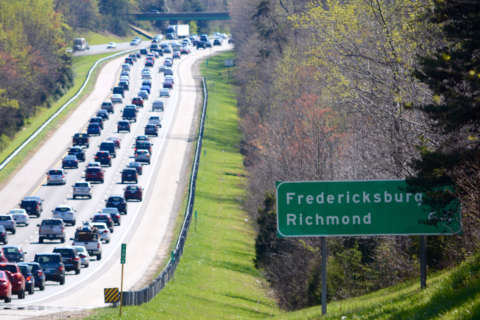