Plans to extend I-395 HOV lanes in Northern Va.

If you drive on Interstate 395 in Northern Virginia, a planned toll project may affect you.
(1/3) 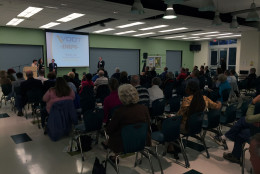 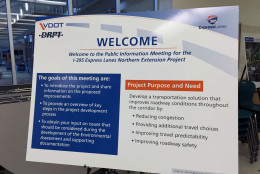 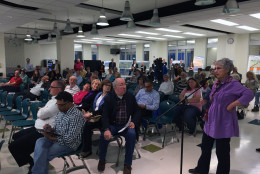 ARLINGTON, Va. — If you drive on Interstate 395 in Northern Virginia, a planned toll project may affect you.

The idea is to extend the existing two High Occupancy Vehicle lanes about 8 miles north to Eads Street near the Pentagon, add a third lane and convert all three to High Occupancy Toll lanes.

Vehicles with fewer than three people inside would pay a variable toll to use the lanes, based on demand at a particular time of day.

Prices will range from 20 cents per mile to $1 per mile.

The Virginia Department of Transportation hopes to begin construction in spring of 2017, and finish the project by the summer of 2019.

At the first public information meeting on the plan held at Wakefield High School in Arlington, VDOT’s Susan Shaw said one goal is to reduce congestion in the corridor.

“We also want to improve capacity in this corridor, and encourage increased use of transit,” she said.

Some of the toll revenue will be used to pay for transit improvements in the corridor.

Although numerous maps of the project area were displayed at the meeting and are viewable online, the potential locations of new sound walls have not yet been released.

“You will see us come out in August with a draft environmental assessment that will show preliminary noise walls in the area,” said VDOT’s Amanda Baxter.

Another public information meeting on the plan will be held Wednesday, April 13 from 6:30-8:30 p.m. at Francis C. Hammond Middle School in Alexandria.