After learning the District would get less than a tenth of the vaccine doses it needs to start, Health Director Dr. LaQuandra Nesbitt said that pandemic policies and decisions are out of alignment with the vaccine quantity the city will receive.

Both Nesbitt and Mayor Muriel Bowser said that because the first allotment of vaccine doses is based on resident population and not workforce population, D.C. is getting the short end of the stick.

On Thursday, Nesbitt cited details from Maryland Gov. Larry Hogan, who has said that his state’s first batch of the vaccine will be enough for about 50% of front-line health care workers.

She said understands that no state will be getting enough of the vaccine initially to take care of 100% of their workforce.

“So, we fully appreciate that and understand that, but recognizing that the vast majority of states are receiving sufficient supply to vaccinate a third to 50% of their workforce,” Nesbitt said Thursday.

“That’s just not the definition of an equitable approach to vaccine allocation,” Nesbitt added.

As it stands, the District is slated to receive less than 8,000 does of the vaccine. But the city’s health care workforce is more than 80,000.

The issue is that most of D.C.’s health care workers don’t live in the city itself.

“Approximately 75% of our more than 80,000 health care workers are residents of Maryland and Virginia and not the District,” Bowser said. “So, we will keep pushing on to get the resources that we need, and continue to keep you posted.”

Nesbitt noted that the recommended approach to vaccine distribution isn’t something D.C. created.

“This is not something that we’ve come up with on our own. Operation Warp Speed and the CDC actually recommend that you have an approach that vaccinates according to place of workplace, state of workplace vs. state of residence,” she said.

“So, we’re kind of caught between a couple of policy recommendations and decisions that the allocation doesn’t align with.”

Later Thursday, Bowser sent a letter to the Operation Warp Speed team, asking that they reconsider D.C.’s vaccine allotment by taking into account the workforce population rather than the residential population.

She added that the “proposed one-size-fits-all formula” for distribution to states based on resident population “will prove woefully insufficient for the District of Columbia, providing less than 10% of the doses D.C. would need to meet that recommendation,” repeating what Nesbitt has stressed.

Nesbitt said it’s safer to officials to take care of the people who work in D.C., “because it protects the people who live here. And we want to continue to do that.”

Two additional lives were lost. So far, the death toll stands at 692. 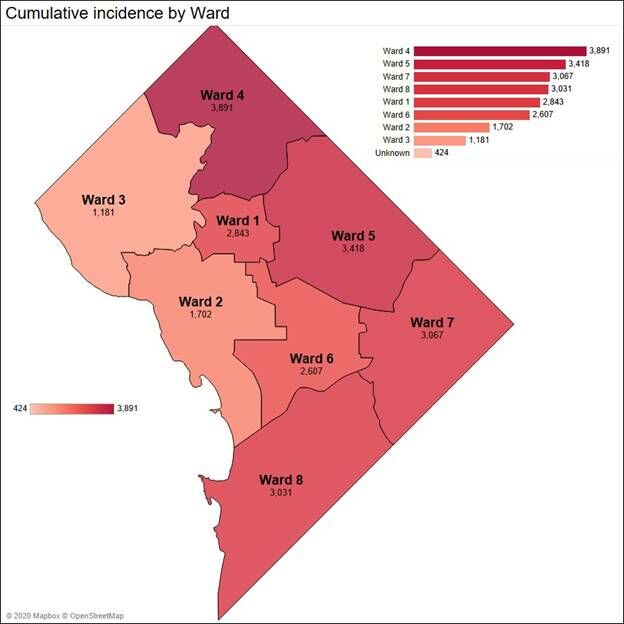 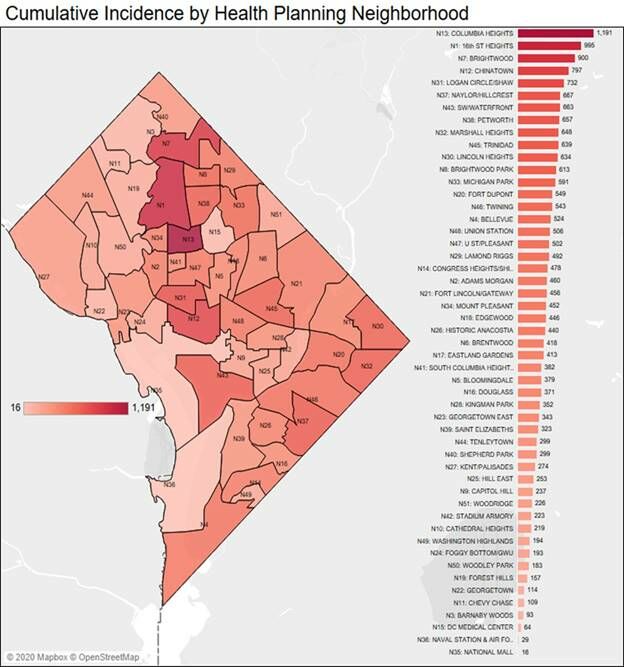 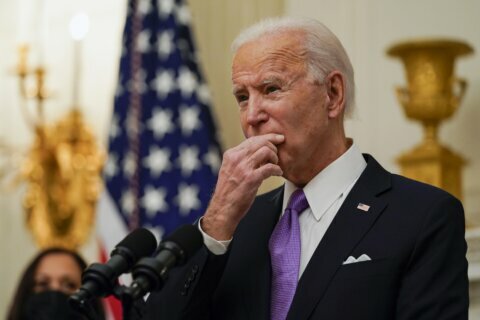