WASHINGTON — Democrats and some political pundits are already vowing that the GOP’s efforts at health care reform will backfire, perhaps leading to a wave election in 2018 that gives Democrats control of one or both houses of Congress.

If that’s the case, it would likely bode poorly for Republicans representing swing districts, and locally that would seem to include Rep. Barbara Comstock, a Republican representing Virginia’s 10th District.

And so it may not be a huge surprise that Comstock was one of a handful of Republicans who voted against the American Health Care Act last week, a bill that ultimately only passed by four votes.

Stephen Farnsworth, director at the Center for Leadership and Media Studies at Mary Washington University, was blunt. He said, “A lot of house members took a tough vote for no good reason.”

“Barbara Comstock made the right choice for her constituency,” added Farnsworth, who noted Republicans in the U.S. Senate have already said the bill will be substantially different from what was passed by the House.

“I think she probably had permission probably to vote ‘no,’” said Kyle Kondick, the managing editor of Larry Sabato’s Crystal Ball at University of Virginia. “But I wonder if there could have been different circumstances where they needed her vote, and maybe she would have had to have done it.”

It’s a question we’ll never find the answer to. But the answer also may not matter if health care lingers as an important issue in 2018, and Republican efforts are as unpopular as initial drafts of the AHCA suggested they would be.

If the issues still resonate and helps spur a Democratic wave in ways the Affordable Care Act helped spur a Republican wave in 2010, it may doom politicians like Comstock and others, whether they voted for the bill or not.

“If the environment is bad for Republicans next year,” said Kondick, “the people who are going to suffer are going to be the ones in marginal districts and Democratic-leaning districts.

“Even in 2010, there were 34 house Democrats who voted against the Affordable Care Act, and half of them ended up losing re-election anyway.”

“If Democrats are right in their prediction that 2018 is a swing district Armageddon for Republicans,” said Farnsworth, “and that’s what Democrats are saying right now, then Barbara Comstock, whether she voted for or against the bill, it may not matter much.”

But what if the Democratic wave some are predicting looms next year doesn’t materialize?

“If it’s just simply a standard midterm election in 2018,” said Farnsworth, “that is Republicans will lose some seats but it won’t be an avalanche favoring Democrats, then Comstock may be able to hang out. Not unlike the way things worked for Comstock in 2016 when Democrats had targeted that seat but came up short even though there was a lot of hostility to Trump” in her district.

“If the environment is bad enough,” said Kondick, “there’s not much that an incumbent can do. Now it’s certainly not guaranteed that the environments going to be bad. It often is for the party that holds the presidency, and that’s particular if the president is unpopular which he is right now, and if the party in power is pursuing unpopular legislation, which the AHCA is right now. But we don’t know what’s going to be popular or not 18 months from now or whether even health care is going to be the defining issue in the election. There’s a lot of things that can happen between now and then.” 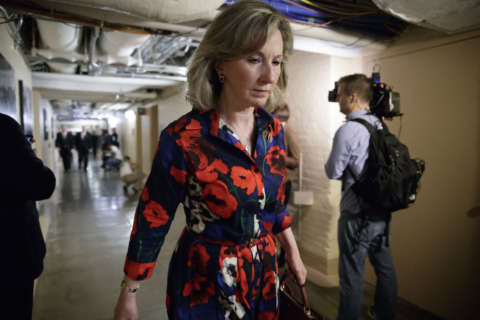 How did local lawmakers vote on Obamacare repeal? 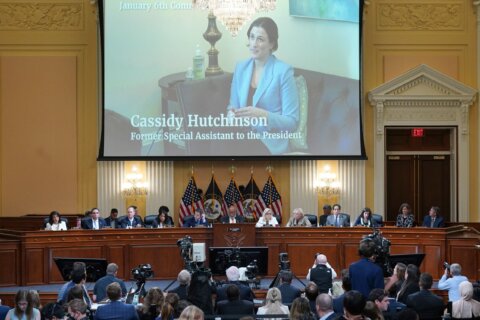