Warmer weather continues Monday, but don't look for the weekend's temperatures, although it will feel more like April than February. Meteorologist Matt Ritter spells out what the rest of the week will be like, and whether you will need your umbrella.
Listen now to WTOP News WTOP.com | Alexa | Google Home | WTOP App | 103.5 FM
(1/13) 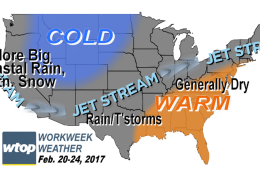 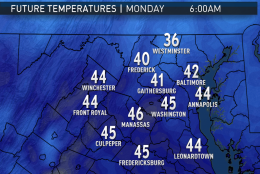 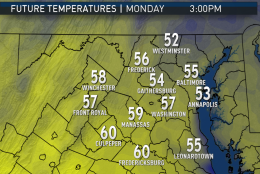 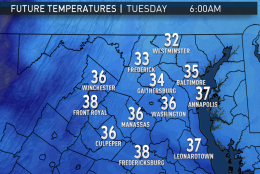 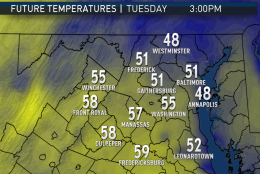 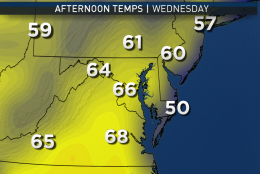 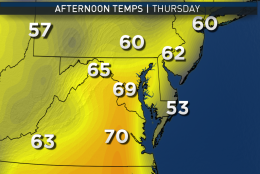 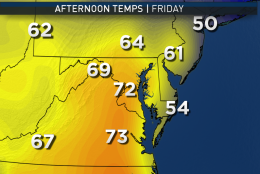 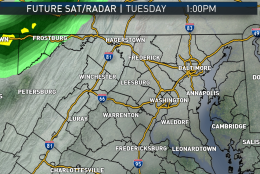 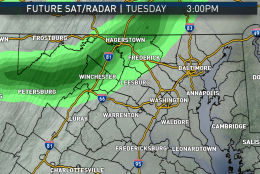 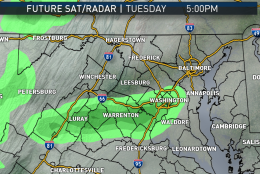 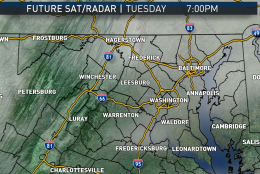 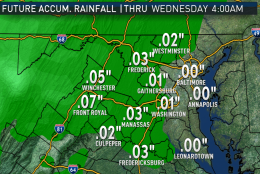 WASHINGTON — If you include Presidents Day as part of the new workweek, the new week will start off with morning temperatures more suitable for being high temperatures for this time of year.

A weak cold front will have passed through the region, changing the predominant wind direction to more northerly, so the rest of Monday won’t be as warm as it was over the weekend. Still, temperatures will max out well above average; there won’t be any challenges to weather records for a few days.

The prevailing pattern across North America as shown by the jet stream configuration will feature a ridge of high pressure in the Southeast region of the country and a deep trough of low pressure in the West with only some minor fluctuations with the passage of a couple of weak fronts here in D.C. Arctic air will remain trapped in central Canada. The West Coast will continue to get more and more rainfall, and the higher elevations in the Rockies will get more snow. There will some variability with temperatures either being above average or well above average. By the end of the workweek, the weather could be challenging some records again.

As unusually warm this pattern is, it’s also very dry. Most of the strongest energy will miss the D.C. area to the northwest, and there is only a chance for scattered showers with the weak fronts in the Tuesday and Wednesday time frames.

Beyond the workweek, there are some indications the colder weather will break down the ridge of high pressure in the East and, therefore, the warmth as you head into the weekend and a chance for some more rain as March approaches.

TUESDAY
— Sun early, then a few hours of clouds
— A few passing showers possible for a few hours
— Coolest day of the week, not that it will feel cool for February