Coronavirus News: The nuance of dealing with COVID-19 | New cases in Montgomery Co. | 'Is It Normal Yet' Podcast: A perfect storm | Latest cases in DC region
Home » Weather News » Smoke from wildfires reaches…

Wildfire smoke has made it to the North Pole for the first time in recorded history, NASA said, as multiple blazes continued to rage across Russia on Tuesday
Listen now to WTOP News WTOP.com | Alexa | Google Home | WTOP App | 103.5 FM

Wildfire smoke has made it to the North Pole for the first time in recorded history, NASA said, as multiple blazes continued to rage across Russia on Tuesday. One of the country’s coldest regions has been especially hard hit, with smoke so bad that it blacked out the sun, the Guardian newspaper reported.

The Sakha Republic in Siberia is one of the coldest areas in the world and sits on top of permafrost. This year it has seen record high temperatures and drought, and vast swaths of its forests have burned.

“There have always been large fires in Siberia. It is a landscape evolved to burn,” Jessica McCarty, an earth scientist at Miami University in Ohio, told NASA’s Earth Observatory. “What is different because of climate change is that fires are burning larger areas, affecting places farther to the north, and consuming fuels that would have been more fire resistant in the past.”

On Monday, the U.N. released a report saying that it is “unequivocal” that human actions have warmed the planet, and that “widespread and rapid changes” have already occurred.

“Immediate, rapid and sustained reductions in greenhouse gas emissions are required to limit global temperature rise,” said one of the lead authors of the report, Professor Ed Hawkins from Britain’s University of Reading.

Meanwhile, global wildfire emissions hit record heights in July, according to data from the European Union’s Copernicus Atmosphere Monitoring Service. Russia’s forestry agency says this year’s fires are the second worst in the region in over 20 years, the Guardian reported.

Some environmentalists say that a Russian law that allows authorities to choose not to fight wildfires if the cost of doing so is higher than the damage they would cause, or if they are in an uninhabited area, is partially to blame for the burning in the Sakha region, the Guardian said. 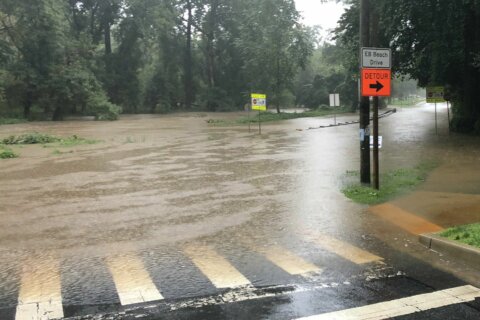