After a snowy start to the week and a morning of treacherous driving conditions blamed on freezing fog, Tuesday afternoon should stay mostly clear with a passing shower — though the wind might pose a problem.

The National Weather Service has issued a Wind Advisory for the D.C. metro area and most of Northern Maryland until 6 p.m. Tuesday. It said winds this afternoon could gust up to 50 mph, enough to blow around unsecured objects, bring down tree limbs and result in scattered power outages.

On U.S. Route 1, police responded to a seven-car pileup after Va. 235 near Mount Vernon.

If there’s a silver lining, it’s that clear weather should warm the region back to more seasonable high temperatures.

Scattered showers are possible, but unlike Monday, anything that falls will do so as plain rain for all but the mountains of West Virginia, since temperatures in the D.C. area will rise into the upper 40s to low 50s.

“The system will be moisture-starved but will have enough energy to wring out a few scattered showers in that narrow time frame, but otherwise it will be a mostly sunny day.”

As for Wednesday, here’s something the region hasn’t enjoyed for a while: the forecast calls for mostly sunny skies with highs near 60. 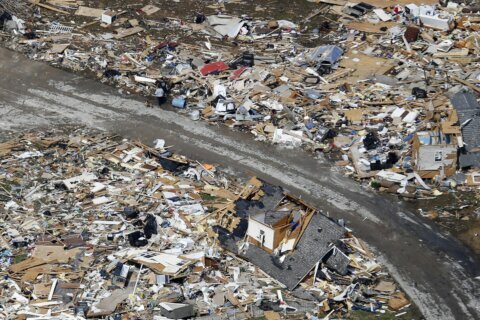 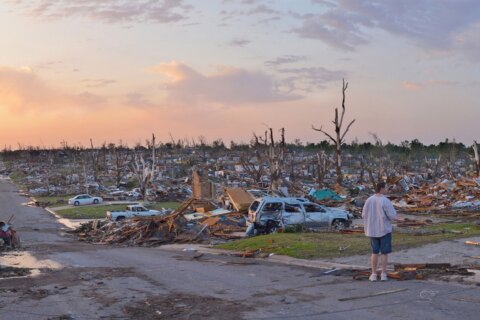 La Niña could supercharge this year’s tornado season, just like 2011