A Winter Weather Advisory is in effect for much of the D.C. metro area, and a mix of rain and snow could make for a difficult morning commute Tuesday.

WASHINGTON – A Winter Weather Advisory is in effect for parts of the D.C. metro area, with a mix of rain and snow to continue in the area through Tuesday. Get full advisory details with the WTOP Weather Center and get the latest on traffic conditions in our traffic live blog.

Schools are changing their status as the morning goes on; keep up with the full list of closings and delays here.

The warnings have been lifted, but a Winter Weather Advisory remains in effect for areas north and west of D.C., and a few inches of snow in those areas is still likely, Storm Team 4 meteorologist Lauryn Ricketts says. Many roads, especially neighborhood streets, could be covered with a slushy, wet snow by late Tuesday evening.

For the full forecast, visit WTOP’s Weather page. And find the unofficial snowfall totals from the National Weather Service here.

VDOT spokeswoman Jenni McCord told WTOP on Tuesday that crews have been pre-treating roads in preparation for the weather, and that the mix between rain and snow can present drivers with very different road conditions over the course of a single trip.

On Tuesday, Charlie Gischlar, of the Maryland State Highway Administration, told WTOP that crews had been pre-treating roads — a rare move for a storm that starts as rain, he said, but they felt the dropping temperatures would bear them out.

Still, troubles continue: All lanes of U.S. 301 at the Governor Harry Nice Bridge were blocked for about an hour and a half Tuesday morning because of an accident. It was cleared at about 8:30 a.m.

D.C. Mayor Muriel Bowser said in a statement that the city would deploy more than snow 200 plows by Monday afternoon, and the plows would be deployed until the storm has passed.

“Motorists are asked to drive cautiously and, if possible, take public transportation instead of driving,” the statement reads.

“Before the storm begins, residents and businesses should apply abrasives (e.g., pet-friendly de-icer, salt, non-clumping kitty litter) to the sidewalks around their properties to reduce the possibility of icing. This also will allow easier removal of snow and ice from the sidewalks after the storm ends.

So far, BWI/Marshall says that “some airline flight cancellations are anticipated.” At Reagan national, they’re saying delays or cancellations are possible, particularly if you’re headed to the Northeast. Meanwhile, Dulles says they’re conducting normal operations. As always, check with your airline before you head out.

Check out the latest with traffic on WTOP’s traffic blog.

Find phone numbers and links to report outages over the phone or online, or text the word POWER to 91035 and WTOP will text the number back to you. 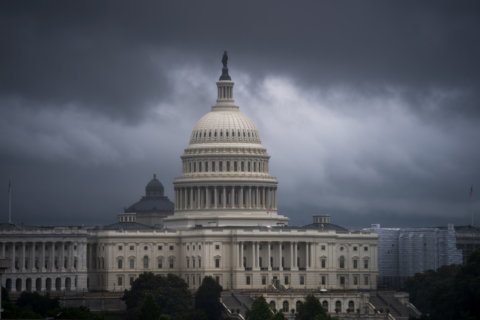 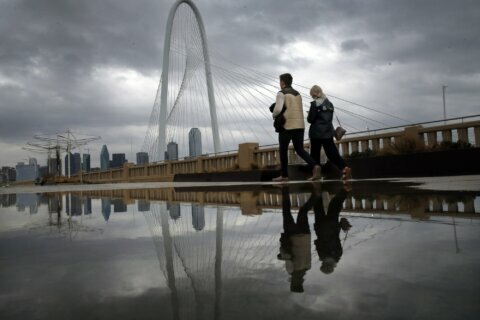