After a weekend celebrating their victory to the Houston Astros in the World Series, the Washington Nationals decided to take the party to Capital One Arena.
Listen now to WTOP News WTOP.com | Alexa | Google Home | WTOP App | 103.5 FM
(1/10) 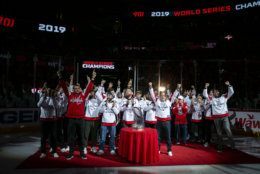 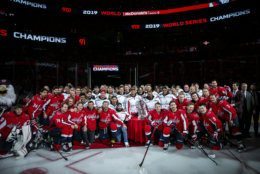 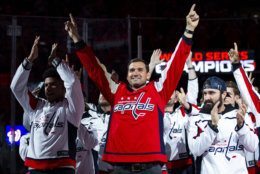 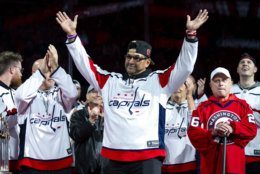 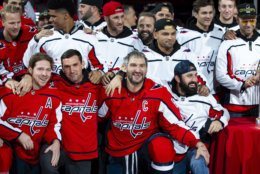 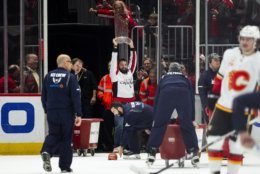 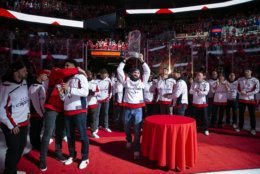 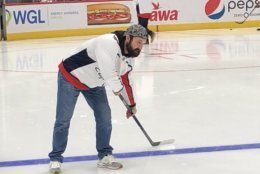 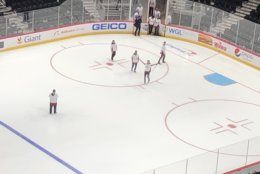 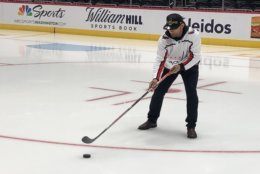 After a weekend celebrating their victory over the Houston Astros in the World Series, the Washington Nationals decided to take the party to Capital One Arena.

On Sunday evening, the Nats arrived at Capital One Arena to watch the Caps take on the Calgary Flames. Before the game began, a few players visited the Caps’ locker room, where they thanked the Caps for supporting them throughout their championship run.

Shortly after winning the 2018 Stanley Cup, the Caps attended a Nationals game, where Alex Ovechkin famously did a keg stand out of the Stanley Cup trophy.

This time around, the Nats decided to return the favor, by riding around shirtless atop a Zamboni and signing empty beer bottles and handing them out to fans.

PUT A #CURLYW IN THE BOOKS!