WASHINGTON — Oh, yes, he did: Washington Capitals’ Alex Ovechkin did a keg stand from the Stanley Cup and took a dip in a fountain during the Caps’ long celebration after winning the Cup on Thursday.

A Caps’ fan tweeted a video of Ovi doing what many have only dreamed. See below.

Another fan caught Ovi, among others, taking a cooling dip in a shallow fountain on the Georgetown waterfront. Ovi can be seen flopping onto his stomach and pretending to swim, before doing a few, casual push-ups.

important video I have acquired from the waterfront @dcsportsbog pic.twitter.com/RqsIW18Jhj

Olympic swimmer Katie Ledecky commented on Ovi’s time in the fountain, too.

Can’t say we wouldn’t do the same if we won the Stanley Cup. Ovechkin is living his best life and we salute him! 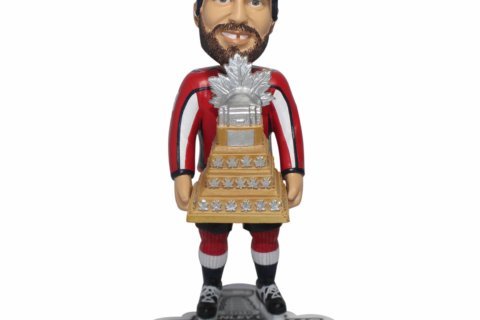