CHICAGO (AP) — Once Allie Quigley got going, it was all over.

The 3-point queen put on quite a show — again.

Quigley won the WNBA’s 3-Point Contest for a record fourth time Saturday, stamping herself as one of the greatest shooters in the history of the league.

No one in the NBA or WNBA has as many 3-point titles as Quigley, who also won the competition last year. She had been tied with Larry Bird and Craig Hodges with three apiece.

“It’s definitely pretty cool to be in the history books with so many great shooters,” Quigley said. “Larry Bird, I don’t know who else, but Larry Bird is enough for me.”

After winning last year in Las Vegas, the 36-year-old Quigley said it was her last 3-point contest. The crowd booed the decision.

Then the WNBA announced the 2022 All-Star Game would be in Chicago, and Quigley, who is from nearby Joliet, played college ball at DePaul and helped the Sky win the WNBA title last season, was dragged out of retirement.

That won’t happen again, she said.

Going last in the final round, Quigley easily turned away Washington Mystics guard Ariel Atkins and Atlanta Dream guard Rhyne Howard. After Atkins put up 21 points and Howard had 14, Quigley rolled to 30 points.

Sky teammate Candace Parker, wearing a Quigley DePaul jersey, and Quigley’s wife, Courtney Vandersloot, another Sky guard, jumped up and down excitedly as Quigley made her way through a perfect final rack.

The format for the Skills Challenge paired a WNBA player with a player from the Elite Youth Basketball League participating in the 2022 Nike Nationals for a full-court obstacle course. 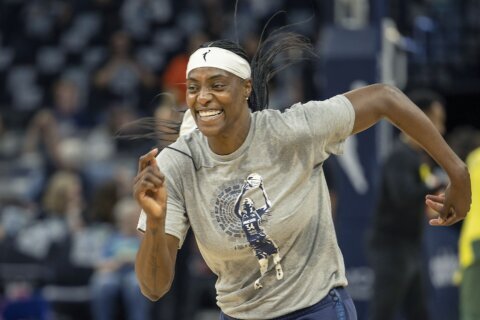 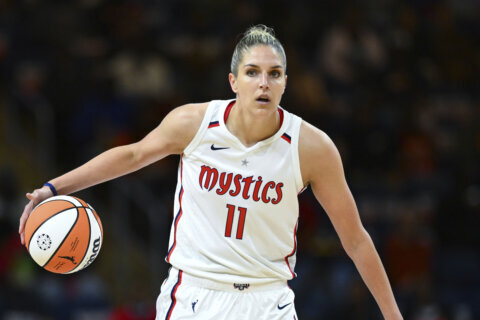 Delle Donne scores 24, Mystics stay in race for No. 4 seed