It is very real that the Washington Mystics are the reigning WNBA champions, but their 2020 season opener will be done virtually.
Listen now to WTOP News WTOP.com | Alexa | Google Home | WTOP App | 103.5 FM

It is very real that the Washington Mystics are the reigning WNBA champions, but their 2020 season opener will be done virtually.

Saturday was supposed to be the start of the Mystics title defense with a home game against Los Angeles. Instead, the Mystics and their fans, who also missed out on the championship parade that was scheduled for Tuesday, will connect with what the team is calling a together at home virtual celebration.

The program will begin 10 a.m. Saturday on the Mystics’ social media platforms, including Twitter, Instagram and Facebook. Throughout the day, players will be interacting with fans, and fans will also be encouraged to post pictures showing how they celebrate a Mystics game day at home.

It will culminate at 5 p.m. with the debut on Facebook Live with episode 1 of “Run it Back/Mystics: Journey to a Championship.”

The Mystics are coming off breakthrough season in 2019. After losing to Seattle in the WNBA Finals in 2018, the Mystics lived up to their motto of “run it back” and returned to the league’s championship series, this time prevailing over Connecticut.

It was the Mystics’ first season in their new home, the Entertainment and Sports Arena in Congress Heights.

The ESA, which also serves as the training facility for the Mystics and the Wizards, gave the team a true home court advantage. With a seating capacity of 4,200, fans were on top of the action, and in the regular season, the Mystics were 14-3 at home.

By the playoffs, sellout crowds were the norm, and after cutting down the nets and lifting the trophy, it was almost impossible to find Mystics championship gear.

“The support we have now is amazing,” said Mystics forward Aerial Powers. “I was excited and everybody was excited for the parade, and I have so many people reaching out to me and asking when after all this calms down when is the soonest we can get started. I have to say I don’t know, but I am so ready to get back on the court and touch a ball and see the fans.”

Like the rest of the sports world in this country, the WNBA is on hold because of the coronavirus pandemic. Powers and her Mystics teammates continue to stay in touch through online meetings, and she continues to work out at home.

In addition, Powers, an avid gamer who also loves Call of Duty, has been helping the Wizards NBA 2K team, District Gaming, in their competition.

In the Mystics offseason, Powers, like many WNBA players, was playing overseas. Powers was in China and returned back to D.C. in January, when her club, the Guangdong Vermilion Birds, took a break for the Chinese New Year.

Powers expected to go back to China, but when the situation with the coronavirus worsened, the team told her to stay home.

“After that, everything has been slowing down and everything just came to a stop, like it did in China,” Powers said. “So for me to see [the virus] over there and then for me to see it here, it has been a crazy, eye-opening experience where you just appreciate the people that you know and the people that you have in your life and family. You don’t take any time for granted.”

Powers will also appreciate it even more whenever she is able to return to the court with Mystics. Just last month, the team acquired former No. 1 overall draft pick and 2012 WNBA MVP Tina Charles to go with a roster already featuring Elena Delle Donne and Emma Meesseman.

The window is still very much open for the Mystics to make another title run.

“You know the history of the Mystics has gone from barely winning to now look at us going to back- to-back finals,” Powers said. “For us, it’s more hey we have to finish this out, and we know we have this chance, but it’s like don’t get too excited, stay humble and stay hungry.” 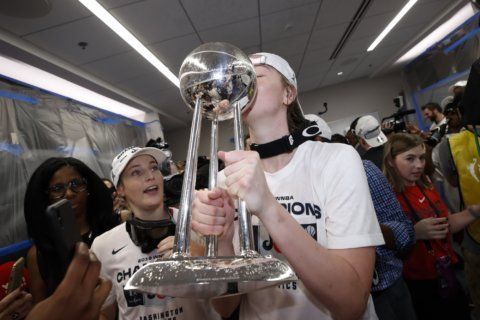 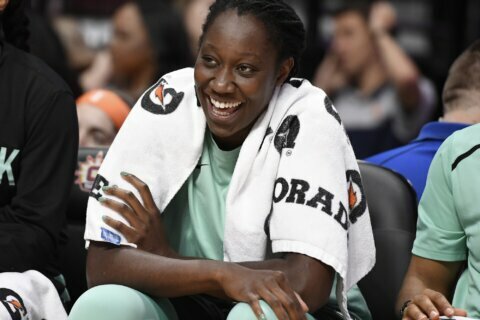