The most serious charge against former Washington Football Team running back Derrius Guice has been dropped, but he still faces trial on four misdemeanor charges related to a series of alleged domestic assaults last year.

Prosecutors have decided not to move forward with a felony charge of stangulation against Guice, according to Loudoun County General District court records following a hearing in the case that was scheduled Monday afternoon.

Guice’s trial on the misdemeanor charges is now scheduled for March 18, according to the online information.

Guice was arrested in Loudoun County on Aug. 7 for three separate incidents that occurred at his home in Ashburn in February, March and April of last year. He faces misdemeanor assault and battery charges for each of the three incidents as well as a misdemeanor charge of destruction of property related to the April incident. The strangulation charge that was dropped related to the March incident.

Guice has been free on bond since his arrest, but he was released by the National Football League team that day and did not play last season.

His attorney, Peter Greenspun, released a statement after the arrest saying that the allegations against Guice were not fully investigated and that Guice was released from the team “without an inquiry as to what did or did not take place.”

Greenspun added at the time that Guice would defend the charges in court, where a full vetting can take place, “in contrast to actions by local law enforcement and the Washington Football Team that assumed the worst, directly contradicting every sense of fairness and due process.”

Guice was drafted by Washington out of Louisiana State University in the second round of the 2018 draft. He missed the entire 2018 regular season after suffering an injury in a preseason game. In 2019, he appeared in only five of the team’s 16 games, due to additional injuries, and rushed 42 times for 245 yards and two touchdowns. 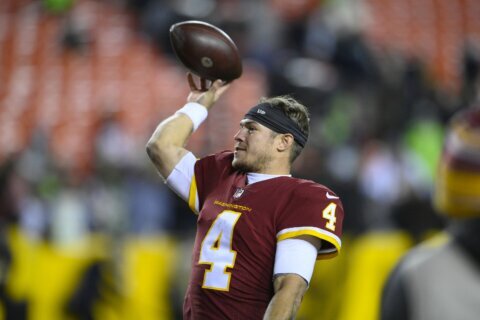 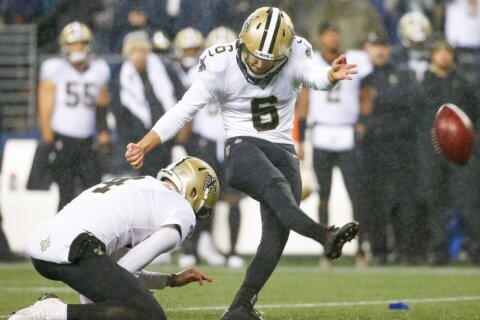