“The player immediately self-isolated and the contact tracing data was evaluated. All of the player’s close contacts have been told to quarantine,” a news release from the team said.

The player has not been identified.

“The health and safety of our players, coaches and staff is our number one priority,” the team said.

The Washington Football Team, which is set to host Cincinnati on Sunday, said the organization has entered the NFL’s intensive coronavirus protocols.

All meetings are being held virtually.

Washington’s positive test result was the team’s first since July. A person with direct knowledge of the situation said the player who tested positive did not travel with Washington for its game at Detroit last weekend. The person spoke to The Associated Press on condition of anonymity because the team did not release specific details about the positive case.

Washington announced Monday no fans will be allowed for the Bengals game after hosting 3,000 on Nov. 8 against the Giants. The Baltimore Ravens also took the step of barring fans for their next game as cases spike around the U.S. 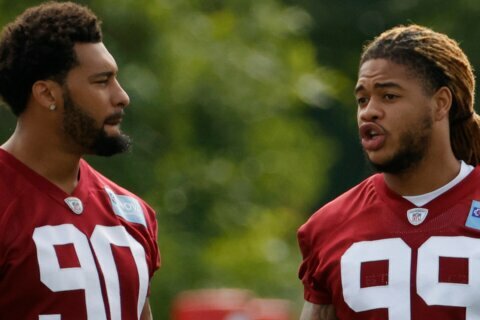 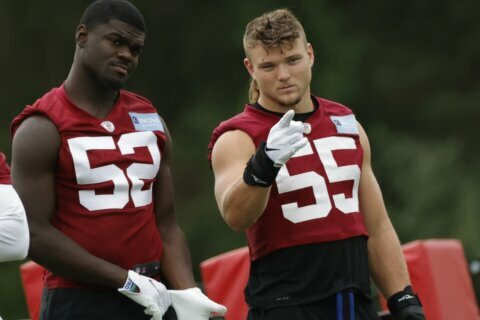 WFT camp notes: Even if it was choppy, man, it was great watching football