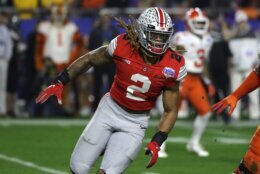 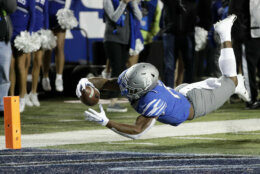 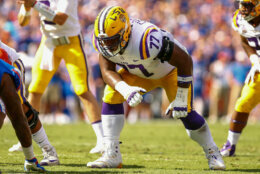 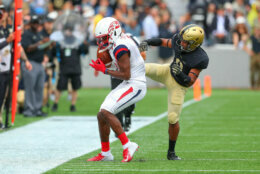 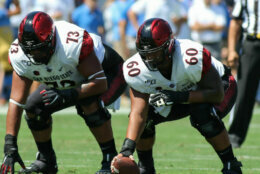 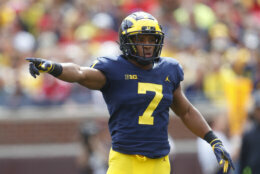 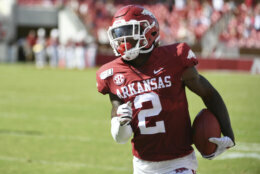 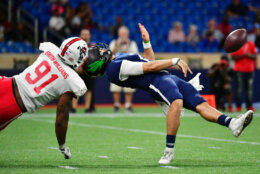 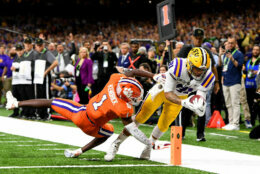 The Washington Redskins selected Ohio State pass rusher Chase Young with the second overall pick in the 2020 NFL draft Thursday, adding a local talent widely believed to be the best prospect in the entire draft class.

The Redskins received calls from other teams interested in trading up but opted to take a Heisman Trophy finalist who grew up a Redskins fan in Prince George’s County and was a star at DeMatha Catholic High School in Hyattsville, Maryland.

#washingtonredskins draft 🏈 🏈 🏈 Chase young number 2 overall draft pick. Chase Young born in Upper Marlboro and moved to hyattsville, MD He grew up 10 miles from redskins stadium. He grew up a redskins fan & hates the cowgirls . The best player in the draft 💯 pic.twitter.com/Ywfjrzzy4o

The front office’s hope is Young can have the same effect his former Ohio State teammate and reigning Defensive Rookie of the Year Nick Bosa made on the San Francisco 49ers as the No. 2 pick last year.

Young appears to have that potential. He led the nation with 16 1/2 sacks and had 46 tackles during his junior season. Redskins vice president of player personnel Kyle Smith said “everything” stands out about Young.

New coach Ron Rivera believes a top-five pick needs to provide an immediate impact, and the Redskins went with the best player available rather than addressing a major need. They already have Ryan Kerrigan and 2019 first-rounder Montez Sweat as part of their pass rush and spent 2017 and 2018 first-round picks on defensive linemen Jonathan Allen and Daron Payne.

In the third round, the Redskins selected Antonio Gibson from the University of Memphis with the 66th overall pick. Gibson was Washington’s second pick in this year’s draft, after the Redskins traded away their second round pick to move up and take Sweat in 2019.

The utility player, who split his time as both a running back and wide receiver, was a late bloomer in college career — Gibson didn’t garner attention from NFL scouts until his senior season. But now Rivera sees him filling the role Christian McCaffrey did for him in Carolina as a “Swiss Army knife” for his offense.

He managed 13 total touchdowns between his roles as a receiver (8), running back (4) and kick returner (1) in his final season and received second-team All-American Athletic Conference honors as a wideout as well as AAC Co-Special Teams Player of the Year in 2019.

The Redskins opened their third day of the draft by selecting LSU offensive tackle Saahdiq Charles with the second pick of the fourth round (108th overall). Though considered a possible replacement for Trent Williams, who was dealt to San Francisco, Charles figures to compete for the swing tackle position initially.

Later in Round 4, the ‘Skins took Liberty receiver Antonio Gandy-Golden with the 36th pick in the round (142nd overall). The 6-foot-4 target should get plenty of opportunities in the red zone and though his 4.6-second time in the 40-yard dash is less than ideal for a receiver, his 17.7 yards per catch last season implies his game speed is just fine. His personality off the field should make him a fan favorite.

The Redskins had two selections in the fifth round. San Diego State center Keith Ismael was taken with the 11th pick in the round (156th overall), which was selection acquired in the Williams deal. Ismael has experience playing all three interior offensive line positions and ranked among college football’s elite pass blockers.

With the 162nd overall pick acquired in the trade that sent Quinton Dunbar to Seattle, the ‘Skins selected Michigan linebacker Khaleke Hudson. At 5-foot-11, 224 pounds, the two-time All-Big Ten honorable mention is a tweener at the pro level but Hudson has the speed (4.56 in the 40-yard dash) and versatility that coaches desire on defense and special teams.

The Redskins had no picks in Round 6 but with the second pick in the seventh round, the ‘Skins selected Arkansas safety Kamren Curl with the 216th overall pick. The three-year starter played multiple positions in the Razorbacks’ secondary, registering 76 tackles (four for loss), two sacks, two pass breakups, and two forced fumbles in 2019.

The final pick of the Redskins’ Class of 2020 was North Carolina State edge rusher James Smith-Williams, selected with the 229th overall pick. Smith-Williams struggled to stay healthy in college, playing more than six games in a season only once (2018).

After the draft, the Redskins signed LSU tight end Thaddeus Moss, who somewhat surprisingly went undrafted despite catching 47 passes for 570 yards and four touchdowns last season, including two in the Tigers’ championship game victory over Clemson. Moss had a broken bone in his foot that caused him to miss the scouting combine in February.

Moss, the son of Hall of Fame receiver Randy Moss, will compete with newcomers Logan Thomas and Richard Rodgers.