The Capitals looked lost in January. They were the NHL's worst defensive team for the month and at one point lost seven straight. It was the type of ugly stretch that could send a once-promising season off the rails. The defending champs never panicked.

For years, it seemed, with the Capitals preparing for the Stanley Cup Playoffs, the questions were a rite of spring: Why would this year finally be different? How was this team best equipped for an elusive Stanley Cup run?

The questions were inevitable for a core with a history of lofty expectations and premature playoff exits.

“There were always those questions here,” winger T.J. Oshie said. “Is there a curse? Will Ovi ever win the Cup? Can they ever get past the second round? That was one thing nobody ever really knew for sure. I actually wasn’t too sure myself until last year.”

Oshie and his Capitals teammates didn’t just silence their critics last spring. They put their own doubts to bed, too. 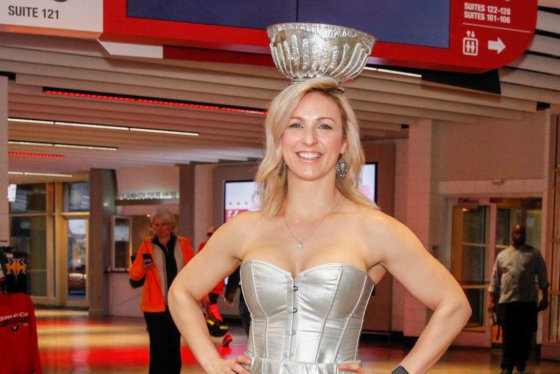 Look out Slapshot, you may have some competition as Caps’ mascot

When Kora Findler knew the Caps needed a win to clinch the Metropolitan Division Thursday, she decided to bring them a little luck by wearing the costume she made for Halloween to the game.

As the Capitals turn their attention to the 2019 postseason and begin their title defense in earnest this week, they do so with a healthy swagger. The Capitals not only have the belief they can win the Stanley Cup — they also have the know-how to win a championship.

“That experience is something no one can take from us,” said head coach Todd Reirden.

It wasn’t only that the Capitals finally won the Stanley Cup last June that has changed their mindset. It was how they did it. Few things came easy. They tackled adversity head on.

The Capitals became the second Stanley Cup champion to rally from a series deficit in all four rounds. They overcame injuries and suspensions to key cogs. They tied an NHL playoff record with 10 wins on the road and fended off elimination twice.

“We were hardened to some situations,” Reirden said.

Those experiences and memories are still fresh. They gave the Capitals a sense of calm and a quiet confidence throughout this past regular season when things didn’t always go according to plan.

No thanks to a season-opening suspension to Tom Wilson along with early-season injuries to Oshie, Evgeny Kuznetsov and Brooks Orpik, it took 55 games before Reirden could even dress the optimal lineup he envisioned in training camp.

Along the way, there was a miserable midseason stretch in January. In the weeks before the All-Star break and bye week, the Capitals looked lost. At one point they dropped 10-of-13 games — a stretch that culminated with a seven-game losing streak (0-5-2). It was Washington’s longest winless skid in five years and the type of stretch that could send a once-promising season off the rails.

“It was weird,” said forward Travis Boyd. “Looking back at that stretch, even knowing we were in a tough stretch, I don’t think there was any person in that room thinking, ‘Oh no,’ or hitting the panic button, or trying to salvage the season.”

Defenseman Matt Niskanen attributes the midseason lull to fatigue. He’s not alone. After playing well into last spring and having an abbreviated offseason to recover — a first-world hockey problem if there ever was one — the Capitals anticipated hitting a wall at some point in 2018-19. That wall went up around New Year’s and hit the Capitals like a ton of bricks.

“Just the energy level,” Niskanen said, “we were in the doldrums of January at that point. Guys were sluggish mentally and guys were struggling to power through.”

Brett Connolly, one of the Capitals’ seven 20-goal scorers this season, was limited to one goal and three points during the 13-game lull.

“Mentally, there was a lot of fatigue,” he said. “We knew that there was going to be a time this season where we were going to hit a lull. It was going to be tough to stay consistent the whole year. We had a pretty good start and then, for whatever reason, I think guys just needed a break to re-energize and mentally get a little sharper.”

The Capitals’ fatigue may have been the biggest contributing factor to a brutal stretch defensively. From Dec. 31 through Jan. 31, the Capitals ranked last in the NHL with a 4.62 goals-against average. During their seven-game losing streak, they were outscored 36-21.

So much of the Capitals’ success last spring was predicated on sound defensive play. They didn’t just forget that over the course of a rough month at the office.

“The break clearly came at a good time for our team,” said Reirden. “The message from our staff to our players before they left for that break and then the players’ response says it all with how we’ve come back. The detail in our game has improved, our ability to defend is much better, our commitment to defensive play is back to what was expected and how we had success last year. So, that’s allowed us to have that success.”

Just as they figured would be the case, the Capitals returned to form during the unofficial second half of the season. They had the fifth-best record after the All-Star break, with a 21-9-2 mark in 32 games, and are the only team that hasn’t lost consecutive games at any point since January.

“We knew what we had to do,” said Nicklas Backstrom. “We just had to work a little bit harder and execute.”

Throughout the season, the Capitals were frequently asked about the threat of a Stanley Cup hangover — the belief that they exerted so much any energy last season that they’d have little left in the tank to do it again. It turns out a midseason breather was the perfect remedy.

“That [All-Star] break did us wonders,” Niskanen said. “We came back recharged. It seems like we were more energetic, more enthusiastic with our play and more detailed, playing better without the puck and having fun again with it.”

Rather than a hangover, the Capitals seem to be experiencing a Stanley Cup carry-over instead. They continue to reap the benefits from all they experienced during last year’s run and have carried it over into 2019.

A little adversity in the middle of the season? Nothing the Capitals couldn’t work their way out of. From the Trade Deadline (Feb. 25) through the end of the season, the Capitals were the best defensive team in the Eastern Conference with a 2.42 goals-against average across 20 games.

“The cool thing about our group is we’re pretty even keel,” said Wilson. “We were down a couple of games against Columbus [last year], and guys stuck with it and trusted our game plan. We had a tough stretch in January, we got through it. We know the hockey that we need to play in order to have success. We’ve seen it. When we’re not playing like that, we’re aware of it.” 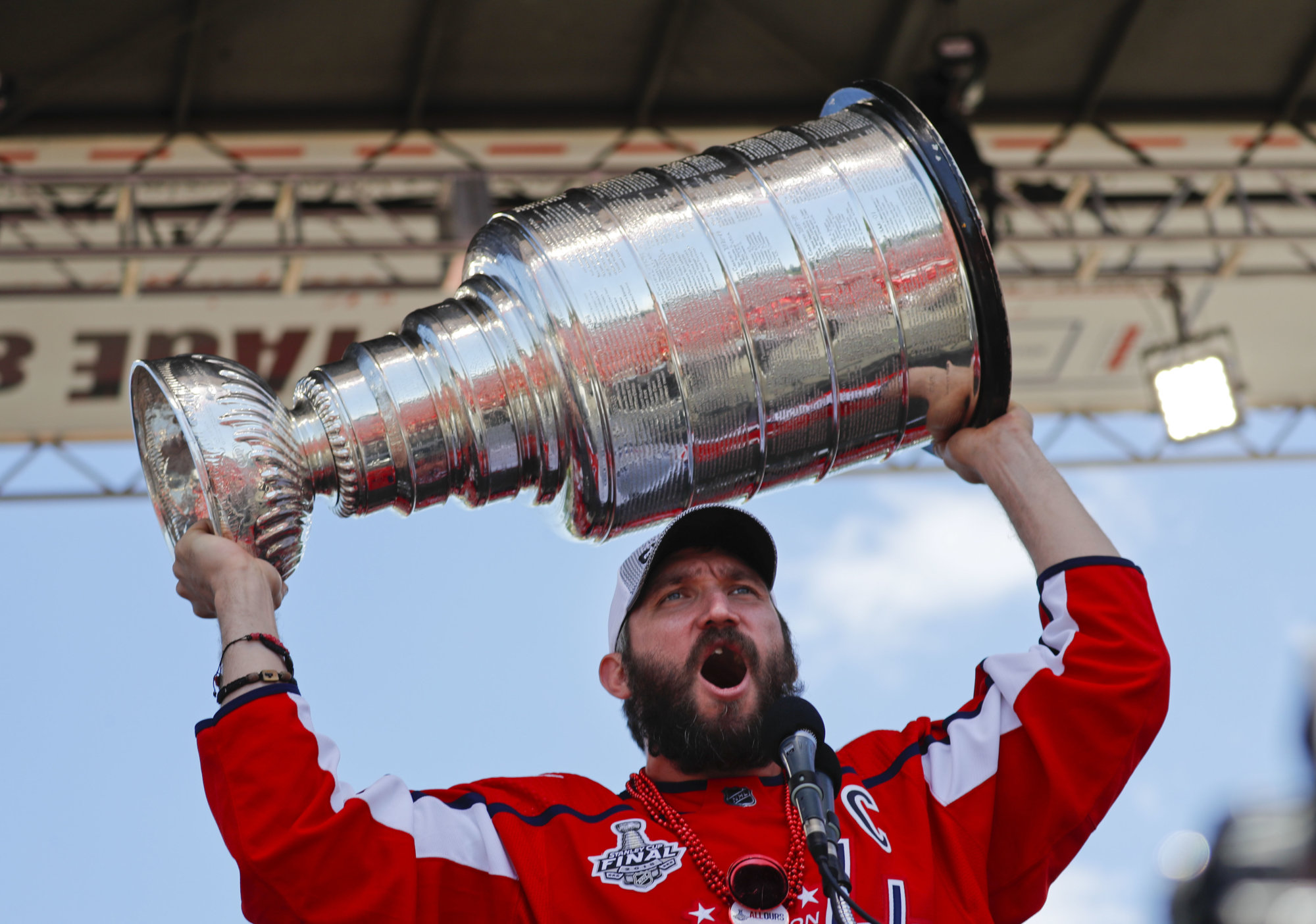 Being Tom Wilson: Inside the life of hockey’s most hated man