James Alex Fields, Jr. is expected to enter a plea to federal hate crimes in federal court in Charlottesville, to avoid the possibility of the death penalty, sources tell WTOP. Fields is already facing life in prison plus 419 years after being convicted in state court in December of first-degree murder in the death of activist Heather Heyer.
Listen now to WTOP News WTOP.com | Alexa | Google Home | WTOP App | 103.5 FM

James Alex Fields Jr. will enter a plea to federal hate crimes Wednesday afternoon in federal court in Charlottesville, to avoid the possibility of the death penalty, sources familiar with the agreement tell WTOP.

Fields is already facing life in prison plus 419 years after being convicted in state court in December of first-degree murder and other charges related to the death of Heather Heyer and serious injuries caused to others along the Charlottesville Downtown Mall, during a 2017 white nationalist rally.

Fields is charged with 30 civil rights charges in his federal case. Court records list Wednesday’s hearing as a “change of plea” hearing.

Of the two federal counts related to Heyer’s death, the maximum penalty for “Hate Crime Act Resulting in Death,” is life in prison, but federal prosecutors also charged him with “Bias-Motivated Interference with Federally Protected Activity Resulting in Death,” which can be punishable by execution.

According to sources, the plea would have prosecutors drop the one death-eligible count, and have Fields plead guilty to the others.

Fields was originally due to be formally sentenced in state court this week, but court records show that hearing has now been postponed until July. Virginia judges typically follow jury recommendations for sentencing.

Brian McGann, spokesperson for the U.S. Attorney’s office for the Western District of Virginia declined to discuss the plea specifics. Requests for comment from Fields’ attorney, Denise Lunsford, were not returned. 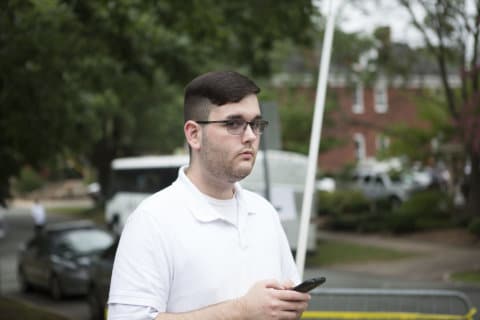 Hate-crime death penalty could be sought in Charlottesville car attack