Shows everybody knows – “Mister Rogers’ Neighborhood,”  “This Old House,” “Antiques Roadshow,” “Masterpiece Theatre,” “Downtown Abbey” – it’s amazing how many of them have been on PBS, the Public Broadcasting Service. People we all know, too – Julia Child was the very first person viewers saw when PBS went on the air.

Correspondent Martha Teichner fast forwards us 50 years for a birthday look at what we think we know about PBS, and what maybe we don’t.

First, there’s that PBS fact of life, the pledge drive, when you get a peculiar pleasure out of watching a Dalek call upon viewers to donate. The nation’s 350 PBS stations couldn’t survive without the money raised. 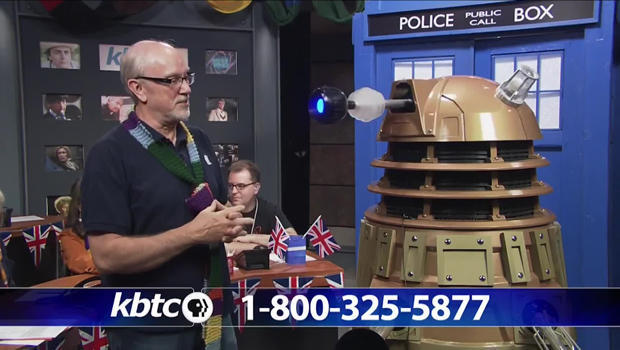 Dalek Rainier paid a visit to Seattle’s public television station KBTC to exhort viewers to donate. Who would disagree?

What gets more attention is the federal funding, currently $450 million a year, or about $1.35 per taxpayer, that some politicians, over and over, have tried (and failed) to zero out.

“Government funding, for example represents 15% percent of the funding that comes into public television,” said Paula Kerger, president and CEO of PBS. “The money actually goes to our stations. Some of our stations in smaller parts of the country, the percentage of their budget that is government money is closer to 40 or 50%; in bigger cities, it may be 6% or 7%.”

WCTE in Cookeville, Tennessee, gets $600,000, nearly a third of its annual budget. “That is our very foundation; that is the lifeline for this station,” said Becky Magura, who heads WCTE, one of around 80 similar, rural PBS stations. It serves the Upper Cumberland, 14 counties between Nashville and Knoxville – beautiful country, but isolated and impoverished.

Magura said, “When friends visit from Washington, D.C., or Los Angeles, they’ll drive in and say, ‘Where are the other TV stations?’ And I’ll say, ‘Well, there are no other TV stations.  We’re it for 80 miles.'”

Magura grew up in Cookeville. She started at WCTE as that station’s first student intern, and never left. She’s run cameras and sound, hosted shows, and once, when sisters Frankie and Patricia Murphy couldn’t get their TV to work, even drove out and fixed their antenna for them. 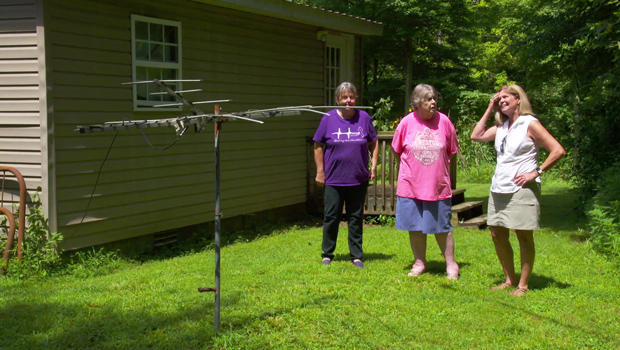 “We’re just down into the ridge and nobody cares,” laughed Frankie.

Living in a region trapped in the digital divide, with spotty cell service and no internet, they’re grateful for whatever WCTE puts on.

Viewer Roy Sells said, “You can go and buy a dish, but you can’t hardly get no signals over in here if it clouds up.”

Listen to what Sells watches on WCTE: “Yeah, I watch ‘Nature’ a lot. I like the ‘Newshour.’ They give you a view of what’s going on everywhere.”

And he likes Ken Burns documentaries: “Ain’t never met him, but he seems like a down-to-earth guy, you know? Seems like he’s got a great career ahead of him!”

A great career, indeed. If there’s one name that’s synonymous with PBVS,. It’s Ken Burns. For nearly four decades he’s been producing blockbuster, award-winning documentaries for public television, such as “The Civil War,” “Jazz,” and “Baseball” – 29 so far, with another decade’s worth in the works.

Before COVID, Teichner visited Burns in New Hampshire, where he was working with a team of editors on a new series, a three-part, six-hour program on Ernest Hemingway. 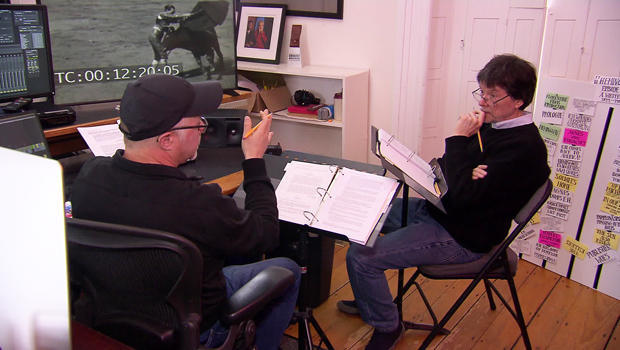 With audiences averaging 40 million for his films, Burns, probably more than any other American, is shaping our understanding of history. Adults are watching, but if it’s a school day, so are kids.

And during COVID, arguably more important than ever, as PBS and its member stations help school systems deliver remote learning to millions of kids. On PBS, even the cartoons are educational.

They were like a magic door for 27-year-old Dre Reed, growing up poor in Southwest Philadelphia, watching PBS station WHYY, dreaming of making cartoons himself.

PBS, no exaggeration, changed his life. “I would watch PBS Kids, like, religiously,” he said. “All of the cartoons, until cartoons went off. And then I kept watching. Before I knew it, by the age of, you know, 12, I could probably have a conversation with someone, like, in their 50s on topics that they find interesting.”

When he was in high school, one of his teachers recommended him for an after-school program at WHYY. “‘You mean, the same place where I watched PBS Kids?’ And they was like, ‘Uhhh, yes, calm down, but yes.’ Because of the work that I did with WHYY, it gave me a president’s scholarship, then I was able to, you know, pursue my dream of animation.”

This is one of those “Wait, there’s more …” stories. Now, Reed works at WHYY, teaching video production in more than 40 schools, and lately, during COVID, online drawing classes sponsored by the station. 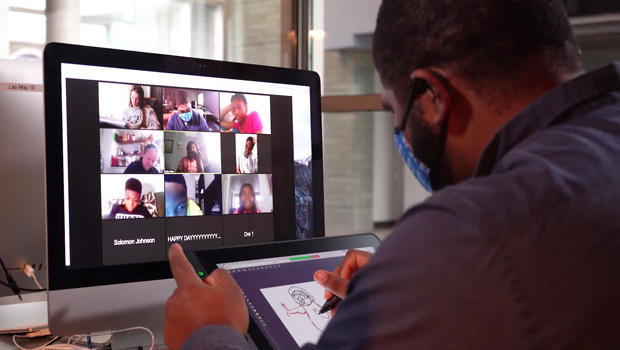 Birthday testimonials don’t get much better than that.

ESPN doubles down by expanding MegaCasts to NFL playoffs

‘The Office’ unveils never-seen footage to celebrate move to Peacock