Gas prices averaging about $1.50 per gallon higher than a year ago and astoundingly high airline fares are not keeping travelers home this Memorial Day weekend.

“The average number being screened on high days by the Transportation Security Administration at checkpoints is about 2.3 million. This weekend, it could go up to 3.1 million,” Greenberg told WTOP. “The system was struggling at 2.3. It could collapse at 3.1.”

Greenberg also gives two reasons that flyers should give themselves two hours between connecting flights — in case of any other airport delays.

“One, you’re going to connect on your first flight, if your first flight is late; and the second is, if you come in that late on the first flight, even though the airline might be inclined to put you on their later connecting flight, that flight’s already full. And you’ll be spending time you don’t want to spend at that connecting airport.”

Greenberg said airline ticket prices have skyrocketed this year, with average increases running about 7% a month starting in January. Those same increases are now going at the same rate every few days. He cited his own example.

“My airfare only six weeks ago from Los Angeles to San Francisco, an airplane flight that only took 38 minutes, was $95. You know what it is today? It’s $410.”

That’s why so many traveling 500 miles or fewer are driving, despite the surging pump prices.

Greenberg did note one silver lining: Foreign travel—once you get there—is quite reasonable in many cases, if you follow the power of the U.S. dollar.

“On average, a vacation in Turkey this summer will cost you about 37% less than what it would have cost you last summer,” Greenberg said.

That’s if you can afford the plane fare to get there. 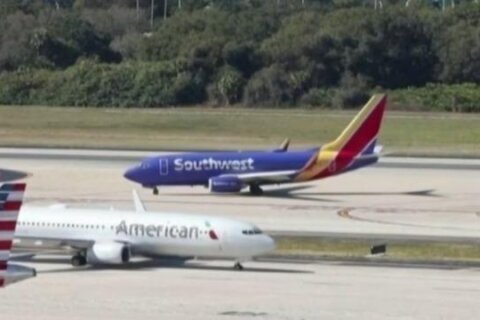 What insurance travelers need — and which to skip