Coronavirus News: Mandatory vaccines for Maryland students? | Cost of care for unvaccinated Virginians with COVID | 'A local hospital amid Delta' | Latest cases in DC region
Home » Travel News » Why should dogs have…

Why should dogs have all the fun? Try adventure catting

At the beach, in the snow or on a hiking trail, heading outdoors for adventures with a "house cat" runs counter to the stereotype that all cats really want to do is eat and sleep.
Listen now to WTOP News WTOP.com | Alexa | Google Home | WTOP App | 103.5 FM
(1/4)

NEW YORK (AP) — At the beach, in the snow or on a hiking trail, heading outdoors for adventures with a “house cat” runs counter to the stereotype that all cats really want to do is eat and sleep.

Any human who thinks that hasn’t met Ruger, Bug or NouNou. They haven’t encountered Helena the bike basket-riding tuxedo cat, or Sushi the salmon-and-white rescue who’s been in a harness and walking on a leash since she was 10 weeks old.

These are not indoor-outdoor cats in the traditional sense. They don’t have cat doors at home that allow them to come and go as they please. Rather, their humans say, their lives are enriched — safely — by heading outdoors, whether it’s a simple stroll around the neighborhood or a scurry along a craggy slot canyon in the Utah desert.

Laura J. Moss, the author of a new book, “Adventure Cats,” said such excursions may not be for every cat, but owners won’t really know unless they try. The stimulation and connection with nature are invaluable, she said.

“If you’re a cat lover who also is active outdoors, it’s a great way to get your cat involved in your active lifestyle,” she said in a recent interview. “But the No. 1 reason to do it is because it’s good for your cat.”

Most people venturing out with their cats are not rock climbing, rappelling or snowshoeing, but some are.

Craig Armstrong in Salt Lake City takes his black rescue, Millie, rock climbing in the desert nearly every weekend with a buddy who owns a fellow feline adventurer, named Kenneth. Armstrong is an experienced hiker and climber, but he and his friend scaled back their challenges to let the two cats hike and climb at their own pace.

Millie was Armstrong’s first cat. They bonded when she was the one kitten at the animal shelter to climb all over him at 8 weeks old. They started adventuring close to home after he introduced her to a harness in the house. He would sometimes attach a leash and let her drag it around.

He also took Millie on frequent car rides to get her used to road trips. Determining whether your cat is prone to motion sickness is important, said Moss, who advocates using a leash at all times.

Millie never took to her leash, so Armstrong keeps her harness on but lets her meander, following her and keeping her moving along the way. He knows her well enough to know she may do her own thing but won’t run off. When rappelling, Millie perches on his shoulders, her harness secured to safety lines.

“That’s kind of her safe place, on my shoulders. From the time she was a baby kitty I would call her to climb up to my shoulders and gave her a treat when she got there. She still does that every single morning,” Armstrong said.

As with humans, sometimes adventure catting is about the gear.

A good place to start is figuring out what kind of harness your cat will feel most comfortable in. Traditional harnesses usually have a few straps, often in a figure-eight fitting around a cat’s neck and shoulders and fastening between the legs or around the waist, Moss said. Walking jackets or vests fit snugly like tiny coats. They provide more coverage and better distribution of pressure points if a cat pulls at the leash. They’re also more difficult to wiggle out of, Moss said.

Treat training is also key, she said, as is bringing along water from a source familiar to your cat.

So how do you know whether adventure catting is right for your pet?

“Is your cat interested in watching the world outside the window? Is your cat a door dasher? Does your cat have a lot of pent-up energy?” asks Moss. “At the same time, you can have a cat who’s extremely courageous and always up to try something new but who may not feel comfortable outside. You can also have a cat who’s very timid and hides when somebody comes over but loves to walk around the backyard.”

Michele Lanza in Oakland, California, has two leash-trained walkers, but found it impossible to walk both cats at the same time. They complain loudly, however, if left behind when the other is out for a neighborhood walk. Lanza’s female, NouNou, is now 7; her younger brother Jaspur didn’t take to adventuring right away as she did.

“The thought of just forcing them to be inside their whole lives felt mean to me,” Lanza said. “But I have to get one of the kids to walk one of them, and it’s a little embarrassing for them. They’re both teenagers, and we’ll be walking down the street and cars will stop and be like, what?”

Kenneth Lambrecht is a veterinarian near Madison, Wisconsin. He’s also a cross-country skier, cyclist, water sports lover and proud dad to four cats: Lance, Bug, Annie and Georgie. Bug, a rescue who’s now 6, has been adventuring since kittenhood, and Annie is an up-and-comer.

The two cats ride with him on his paddleboard, and Bug hikes and travels extensively. But Lambrecht warns that a cat like her is one in a million.

“She’s fascinated with water. When she was younger, the lake was breaking up in the spring one time and she jumped up onto an iceberg and started pawing the water. That’s when I knew I had a different cat on my hands,” Lambrecht said.

Sushi, who lives in New Hampshire with her human, Georgina Saravia, is a beach-loving cat who goes everywhere with Saravia. But Saravia keeps her out of the woods, fearing ticks.

“She doesn’t like getting wet, but she likes looking to see what might be in the water,” Saravia said.

Moss suggests keeping cats out of scrub or brush to avoid toxic plants and foliage.

Kim Randolph, in the Upper Peninsula of Michigan, and her fiance started taking her cat Ruger snow hiking about two years ago, along with their German shepherd.

“He’s kind of a funny cat. We got him as a kitten and started harness training almost immediately because I love dogs and my first pet out of college away from home was a cat because I couldn’t have a dog,” Randolph said. “I treated that first cat like a dog. He went everywhere with me, so when I got Ruger we put him on that same path.”

They, too, started slowly, going out on the porch or in the backyard to see how Ruger would react to snow. The first time, he was befuddled, but then he gained confidence, and now tramps around in the snow or snuggles into a fleece-lined cat backpack.

“Sometimes the sound of our snowshoes can make him a little bit nervous, so we take them off and go around to smaller areas, like a viewing point or lookout on the hiking trail. He likes to come out of the backpack and climbs on the picnic tables. He comes up to me and puts his paws on my legs when he wants to come up,” Randolph said.

J.P. Chan in New York City’s Harlem neighborhood has been trying to leash-train his Helena for a while now, but she doesn’t love it. She DOES love hotel rooms, however, and joins him and his girlfriend on airplane trips and in pet-friendly hotels. He bought a special cat basket that has a mesh dome and clips securely onto the front of his bicycle.

“She likes people. She’s very friendly,” he said. “Why should dogs have all the fun?” 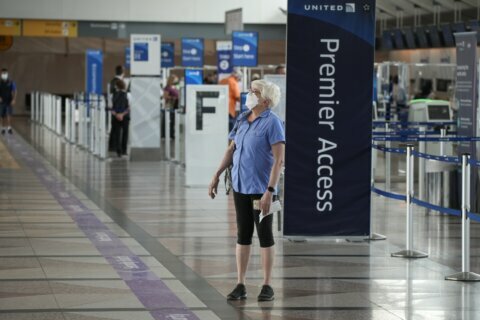 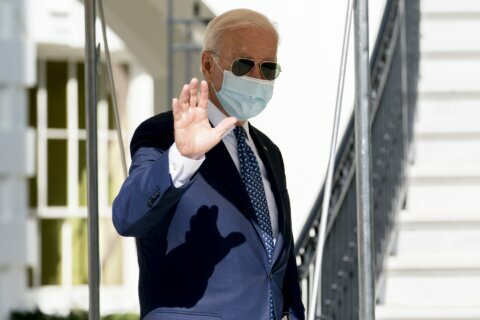