Metro work along with a number of events and construction closures could slow you down this weekend. Here's what you need to know.
Listen now to WTOP News WTOP.com | Alexa | Google Home | WTOP App | 103.5 FM

Metro work along with a number of events and construction closures could slow you down this weekend.

There is no Blue Line service, with Arlington Cemetery Station closed for the installation of a crossing there. Other Blue Line stations are open, but will be served only by other lines, including trains between Franconia-Springfield and Greenbelt that will be designated Yellow Line trains.

That means no trains between Rosslyn and Pentagon. Shuttle buses are planned between Pentagon and Arlington Cemetery only.

Riders who want to stick with the train rather than regular bus routes that may provide connections can go to L’Enfant Plaza to transfer.

Yellow Line trains are scheduled every 20 minutes each from Franconia-Springfield and Huntington this weekend, with single-tracking between Braddock Road and Reagan National Airport as part of preparations for the summerlong shutdown that begins next weekend.

There is no scheduled work on the Green Line.

A number of major events close roads or add to traffic around the region this weekend beyond the usual construction work.

Saturday around the National Mall

On Saturday morning, significant closures are scheduled around the National Mall for the 2019 DC Bike Ride.

Ohio Drive SW, Maine Avenue SW, Independence Avenue SW between 23rd Street and 14th Street, the 14th Street Bridge and 395 HOV lanes in and out of the District, the Whitehurst Freeway, and the segment of Rock Creek Parkway past the Kennedy Center are among roads scheduled to close by 6:30 a.m. Roads are scheduled to reopen by noon.

This is also the fourth of four straight scheduled weekends with more extensive Interstate 395 toll lane construction than usual. Lanes on I-395 will be closed for bridge work. The 395 HOV lanes are also scheduled be closed from 11 p.m. Friday until 4 a.m. Monday.

Other schools, such as George Mason University, Bowie State and Northern Virginia Community College scheduled their commencement ceremonies during the week rather than over the weekend.

In Baltimore, the 144th running of the Preakness Stakes Saturday is expected to draw the usual raucous crowds. Those who do not want to drive can take a shuttle bus to and from the Cold Spring Lane stop on MTA’s Light RailLink. Shuttles to Pimlico run between 8 a.m. and 2 p.m. Return shuttles run all day.

The Preakness also leads to road closures, traffic and detours in Baltimore.

On Sunday morning, the Capitol Hill Classic road race closes roads just east of the Capitol, including East Capitol Street from 3rd Street to 22nd Street and a few blocks of Independence Avenue SE and Constitution Avenue NE around the Supreme Court and Library of Congress.

The closures also mean wide-ranging parking restrictions on those streets Sunday from 5 a.m. to noon.

Roads are scheduled to reopen by noon or so.

In Fredericksburg, the Historic Half Marathon closes streets from 6:30 a.m. to 11 a.m. Sunday. Runners driving to the race can park near the Lowe’s, Target and Walmart in the Central Park Shopping Center, then walk to the start.

Buses will still stop at the Ballston Metro station, but will have detours.

Drivers should also expect extra traffic around Nationals Park Friday, Saturday and Sunday nights, with the Nats hosting the Cubs each evening this weekend. 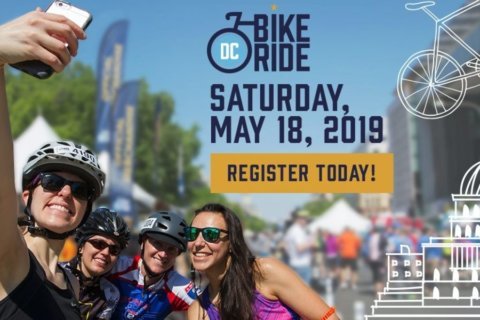 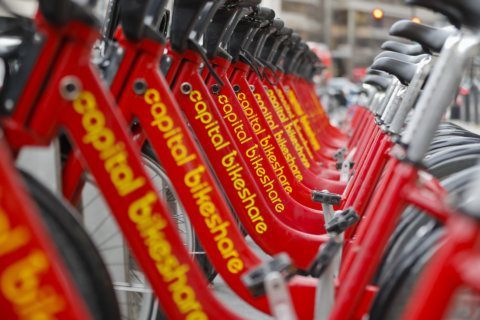