After controversy at the Kentucky Derby two weeks ago, we enter the Preakness without the possibility of a Triple Crown winner, but with a wide open race at Pimlico.

The 2019 Kentucky Derby finished in controversial fashion as the No. 20 horse Country House was named the winner despite the fact that the uber-longshot did not cross the finish line first. Whether it was the right call or not, the repercussions of the decision made by the Derby stewards now affect the second leg of the Triple Crown: The Preakness.

There will be no Triple Crown winner this year, unlike last year and in 2015, as Country House will not run at Pimlico due to illness. Luis Saez, the jockey aboard Maximum Security who actually did finish first at Churchill Downs two weeks ago, is suspended for 15 days and the owners are suing in Federal Court. Maximum Security will not be running Saturday.

The Preakness race itself unfortunately suffers the effects of the drama that has unfolded in the sport. For the first time since 1996, we know this early on in the Triple Crown series that there will be no Triple Crown winner.

As for the events off the track for those looking to attend, the music lineup is strong this year headlined by electronic dance DJs Kygo and Diplo but it’s difficult to envision a scenario where attendance tops the 134, 487 mark like last year. The racetrack itself has dealt with lawsuits and the and there are frequent questions about if (and, lately, more about when) the race will eventually move to Laurel. Pimlico even had to deal with a water main break this week which seems poetic given the woes of the sport itself.

If you’re still reading, you are neglecting the negativity surrounding this year’s race and are excited to watch the 9.5 furlongs like I am. Here is the field of 13 horses scheduled to post at 6:48 p.m. Saturday. Predictions below the gallery. 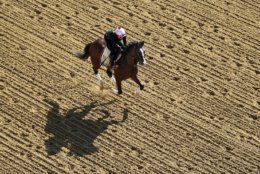 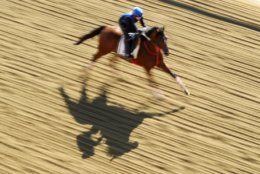 After finishing fourth place at the Kentucky Derby, this time Improbable comes in as a favorite and you have to like his chances since his trainer and jockey, Bob Baffert and Mike Smith respectively, have reunited after winning the 2018 Triple Crown with Justify. Smith was supposed to be aboard the early favorite in the Kentucky Derby, Omaha Beach, but when the horse was scratched, he rode Cutting Humor to a 10th place finish at Churchill Downs. Now Smith gets to ride a horse who likes to stalk his competition and has speed anywhere on the track. The favorite has won 51% of the time at the Preakness and with a smaller field this time around at Churchill Downs I believe he wins this race by multiple lengths.

Dark horse for superfectas: No. 9 Bodexpress Planning for Preakness: what you can’t bring to Pimlico this year