The Metro Board is scheduled to approve several changes and funds at a special meeting on Thursday. Here's what you need to know.
Listen now to WTOP News WTOP.com | Alexa | Google Home | WTOP App | 103.5 FM

Metro has a plan to avoid being booed on national television: Keep trains running for fans at playoff games without playing chicken with the teams over who should pay for it.

General Manager Paul Wiedefeld and Metro Board Chairman Paul Smedberg made the decision this month to keep trains running on Metro’s own dime for Nationals and Mystics playoff games, and the Metro Board is scheduled to approve the change permanently at a special meeting Thursday morning.

Initially, the board will put $1 million toward running either a greater number of trains or later service during “major events of regional significance” in the current budget year.

The governments of D.C., Maryland and local governments in Northern Virginia will be responsible for the additional costs, unless Metro finishes the budget year on June 30, 2020 under its planned operating budget.

Wiedefeld plans to include $3 million to $5 million in the budget proposal he will present to the Metro Board next month. The proposal is also expected to include significant changes to bus service, potential improvements in rail service, additional marketing and a continued push of unlimited ride passes.

Under the resolution to be approved Thursday, it would be up to Wiedefeld to decide which events qualify for the free additional service and which events, if any, would have to pay for extra service hours.

The documents supporting the resolution specifically (and solely) cite professional sports playoff games as the types of events for which Metro would cover extended service.

The plan would continue rail service from the station closest to the stadium or arena until 20 minutes after a postseason game, with the proviso that there could be a “cut off time” set for baseball games that could see extra innings stretch on for hours.

The rules have led to standoffs and scrambles to find sponsors to cover the deposit when teams or organizations declined to pay, including during the Washington Capitals run to a Stanley Cup title. Uber and the government of Qatar were among those footing the bill then, and the Capitals’ parent organization traded Metro the use of Capital One Arena for additional service.

In addition to cost concerns, Metro has cited maintenance schedules as another reason to limit additional rail service.

The changes would only focus on specific events and the several thousand people who would use the system for the events. This proposal does not address the 2017 hours cuts that affect all stations across the system.

The Metro Board is set to approve additional legal fees Thursday for current Board Chairman Paul Smedberg due to his role in the investigations into former Board Chairman Jack Evans.

Smedberg is due to be interviewed by Metro’s Office of Inspector General as part of a new review of the ethics probe of Evans, that eventually led to Evans resigning from the board in June. Evans remains under federal investigation, and the D.C. Council is expected Tuesday to advance its
probe.

Smedberg is also scheduled to testify at an Oct. 22 House oversight Subcommittee of Government Operations hearing on Capitol Hill about Metro issues and the Evans probe.

The board has already approved similar legal fees for former Ethics Committee Chair Clarence Crawford and a third member of the committee, David Horner, after they were subpoenaed by a grand jury.

Technically, the action is referred to as indemnification.

The Metro Board indemnified the state of Maryland last month as part of a deal to release more than $40 million in dedicated funding from the state, and plans to approve a similar indemnification for the District on Thursday.

The board also is scheduled to be briefed Thursday at a special Safety and Operations Committee meeting about Monday’s train crash between Foggy Bottom and Farragut West.

Metro could weigh fare increase for next summer 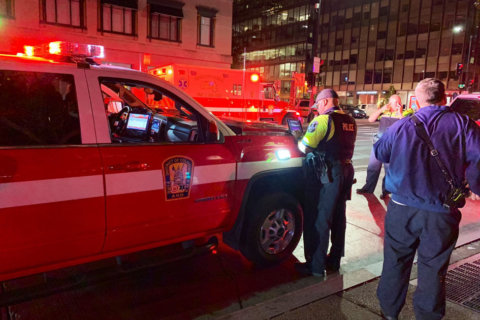