Overall statistics for the most serious crimes on the rail and bus system, officials said, are down to the lowest level in at least a decade.
Listen now to WTOP News WTOP.com | Alexa | Google Home | WTOP App | 103.5 FM

WASHINGTON — A naked man on a train and a knife-wielding man’s attempt to steal a bus made for an interesting 12 hours, but Metro leaders assure the public that they’re an anomaly.

Overall statistics for the most serious crimes on the rail and bus system, they said, are down to the lowest level in at least a decade.

Metro General Manager Paul Wiedefeld also responded Thursday to concerns from riders that another sexual assault on a Metro train was kept quiet a few weeks ago.

In all three incidents, Wiedefeld emphasized, the men now charged with the crimes were quickly arrested.

In the case of the Red Line sexual assault Easter weekend between Rockville and Medical Center, Wiedefeld said there was no deliberate effort to keep the attack and arrest quiet. It was simply an internal miscommunication due to the fact that less-serious charges were initially filed to hold the man in custody.

“Initially, the charges were at such a level, and that’s what we reported out. A few days later, those charges went up, and that’s where we didn’t get that out quick enough,” Wiedefeld told reporters.

“We’re looking at that to make sure that does not happen again,” he said.

A similar Red Line sexual assault in 2016 also was not initially shared with the public. And at the time, Metro had promised to notify riders immediately about any violent crimes in the future.

Metro Board Chairman Jack Evans acknowledged that overall communication remains a challenge for the agency.

“I get that part about it,” he said. “… Metro has had a reputation in the past of not being very good at that, and it’s one of the things we constantly are harping on here: We have to communicate with riders better and better and better all the time, whether it’s somebody standing in a station and trains aren’t coming by, or some incident occurs and they need to know about it.”

A man who was naked Thursday morning on the Red Line between Gallery Place and Dupont Circle is accused of threatening and trying to rob other riders on the train.

Metro Transit Police arrested Deon Toye at Dupont Circle, but only after they subdued the 24-year-old with a stun gun.

Toye entered the system clothed at Gallery Place, and then took off his shoes, prompting the station manager to call to Metro Transit police, Metro spokesperson Dan Stessel said. Toye then boarded a Red Line train to Dupont Circle and took off clothes on the train, he added.

In New Carrollton, Maryland, Wednesday night, Metro Transit Police said a man with a knife tried to rob another rider on an F4 bus.

When the driver stopped to find out what was going on, Tariq Kirkland, 38, is accused of ordering all riders and the driver off the bus before hopping behind the wheel to try to steal it.

The bus did not move, as Metrobuses do not work if the driver has already turned the bus off and effectively hit a kill switch.

The driver flagged down a passing police officer for help, who detained Kirkland until Metro Transit Police arrived.

The details of each incident remain under investigation.

There is no reason for riders to be concerned about overall incidents of crime, Wiedefeld said Thursday, because there has been a significant decline in the number of the most-serious crimes as classified by the FBI.

The number of less-serious crimes has increased, however.

When incidents do happen, Evans said, those suspected of committing the crime are frequently caught.

“I think it’s a very safe system,” Evans said. “… We have one of the finest surveillance systems in the world in Metro. We have cameras everywhere.

“If you commit a crime in Metro, we’re going to catch you, probably before you get out of the station, because we have just such great surveillance.” 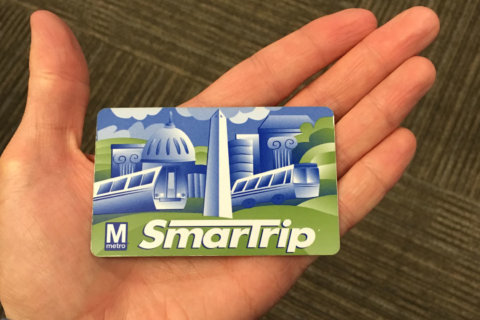