WASHINGTON — What’s to blame for the steady drop in Metro ridership? Changing commuting patterns from cheaper gas, telecommuting and Lyft.

That was Metro General Manager Paul Wiedefeld’s take when he was asked by a D.C. oversight committee Thursday about the lower ridership and its impact on the transit agency. 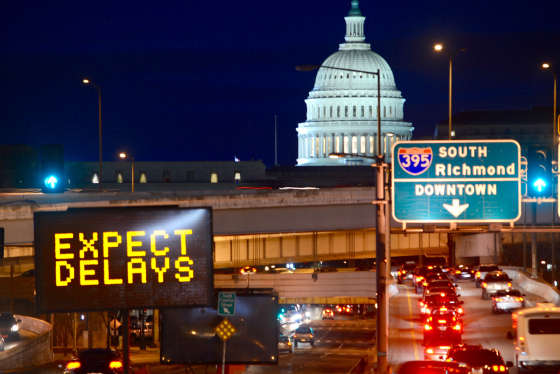 A review of new census data reveals some interesting trends about how and when D.C.-area commuters get to work. Residents of which county have the longest commute? The shortest? Who’s hitting the roads the earliest for the slog to work? And where is public transportation use on the rise?

Most of the decline in 2016 can be tied to more track work and reduced service, to the point where Metro was telling people to not use the service in some areas.

But one big reason for the dip is something Wiedefeld said lies outside Metro’s control.

Wiedefeld said this commuting pattern change can also be seen on the roads.

“If you look at any of the highways on a Monday and Friday, it is a totally different experience than it is on a Tuesday, Wednesday and Thursday.”

He said fewer people are commuting in the traditional sense as more workers are telecommuting and employers are decentralizing their workplaces to make getting to work easier.

Wiedefeld is bracing for a possible federal hiring freeze, one that could keep Metro ridership numbers lighter than usual.

Metro has been facing stiffer competition from other modes of transportation, especially in cars.

“Clearly Uber, Lyft and those things have played a role in this,” Wiedefeld explained to the committee, adding that the price to drive has effectively been cut in half thanks to lower gasoline prices.

While there are many factors that can affect ridership, Wiedefeld said he can’t worry about those outside factors.

“I can’t undo those, but I can focus on the cars and the track and that’s what I will be doing.”