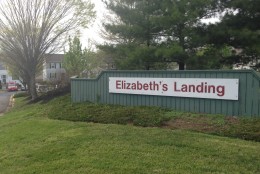 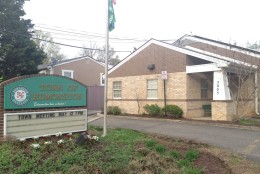 EDMONSTON, Md. — The mayor of a small Prince George’s County town went more than a year without paying a parking ticket for a suspended vehicle registration without consequence, a WTOP Ticketbuster investigation has uncovered.

Edmonston Town Mayor Tracy Farrish Gant received the ticket on Jan. 20, 2014, near her home at the Elizabeth Landing Condominium Complex.  But she did not pay the ticket until March 6, 2015 — about 410 days after the original ticket.

Edmonston is a small, independent municipal town with about 1,400 residents near Hyattsville and Riverdale Park, Maryland.

Under Edmonston town ordinances, it is illegal to park an inoperable car with an expired or suspended registration, or that is otherwise unregistered. Gant was given a $75 ticket, according to documents obtained by WTOP.

“Any violation of more than thirty days shall be considered as unregistered and therefore inoperable and shall be punishable by a fine of $500.00,” Edmonston ordinance 44-10 reads.

The Maryland Motor Vehicle Administration (MVA) tells WTOP that the registration belonging to Gant was suspended for not receiving a vehicle emission inspection. The registration is now expired, but records don’t show Gant has sold or disposed of the car.  MVA sources tell WTOP that suspended registrations are not uncommon for cars that are junked or inoperable and being sold for parts, although records do not show whether either is true for Gant.

When WTOP asked Chief Walker on March 6, 2015, to explain the circumstances surrounding the ticket, Walker emailed to say that the ticket had been paid and the case was closed.

Soon after, WTOP obtained a receipt indicating Gant’s long-overdue ticket had been paid the same day, although the town insists the mayor paid the ticket hours before we contacted them.  The town did not specify what prompted the mayor to pay the ticket 410 days later.

“The Elizabeth’s Landing Homeowner’s Association in 2011 authorized the Town’s police to act on behalf of the Association in incidents involving loitering, trespassing or illegally parking on the private property through a Property Owner’s Agreement,” the statement reads.

“The Police Department received complaints from Elizabeth’s Landing residents about issuance of tickets for parking in their own lot at their own homes. The Town and its Police Department must take the interest of its residents into account when spending tax dollars enforcing parking laws on private property, which is not required by law. A determination was made in August 2014, to end enforcement of parking restrictions at Elizabeth’s Landing, with the exception of fire hydrant and fire lane violations, which are direct health and safety related issues,” he adds.

The decision meant that Gant would not receive any further tickets, even though another town ordinance says it’s illegal for anyone to “junk any vehicle or leave any inoperable vehicle” unless it is placed in an enclosed garage. Conversely, it is also against state law to drive any vehicle on a suspended or expired registration.

Two Maryland parking enforcement officials tell WTOP that if someone doesn’t pay a suspended or expired registration ticket in their jurisdictions, they would be subject to late fees, penalties and flags on their registration. The individual would not be able to re-register their car or license plates without paying the outstanding ticket. If the person received more tickets, then parking enforcement officers could boot the car.

However, Mayor Gant appears to have not been subject to any fees, penalties, boots or flags on her vehicle. She paid the original $75 fine and the case was closed.

Both parking officials spoke on the condition of anonymity because they’re not authorized to discuss other jurisdictions.

It is unclear why Gant has an expired registration or whether she drives the vehicle.