EDMONSTON, Md. — Police departments across Maryland use untraceable license plates for safety, but a WTOP Ticketbuster investigation has uncovered questions about the use of these license plates in one town.

Edmonston is a small, independent municipal town within Prince George’s County with about 1,400 residents, located near Hyattsville and Riverdale Park.

According to three police sources with extensive knowledge of the program, the Maryland Motor Vehicle Administration (MVA) issues these plates to police departments for officers in unmarked cars involved in sensitive investigations such as narcotics, organized crime or terrorism.  Each requested anonymity because they were not authorized to talk about the confidential tag program or other police departments.

These license plates often are given to undercover officers involved in these investigations or other high-profile people who are at a safety risk based on their work.

Confidential tags cannot be traced back to any specific person or organization if a criminal has a source run the plates through conventional databases.

“It’s not uncommon for these people to check the license plates of all their members to see if they have any cops in their ranks, specifically from our narcotics unit.  It’s also not uncommon for people to walk past police stations, write down license plates and check them against those in their organization.  We sometimes swap confidential tags on our undercovers several times,” says one source.

“We would use them, for example, on a stakeout. We’re waiting for someone to bust and we may have undercover sedans. We would put confidential tags on them to cover ourselves and then swap them out after the operation is complete,” says the second source.

A third source admitted he has confidential tags on his unmarked police department vehicle and said that his high-profile position makes him a potential target because his officers conduct routine drug raids and other organized crime investigations.  He added that departmental cars are subject to reassignment.

But all three police sources also expressed bewilderment about why the Edmonston Police Department would need any confidential tags.

Each pointed out that Edmonston is a very small town, and that any major narcotics, terrorism or organized crime investigation would be outsourced to a larger department such as the Prince George’s County Police, Maryland State Police or FBI.

One source points out that the Edmonston Police has only about 10 officers, and that is not enough to conduct a major investigation on its own.

“The tag was issued by the Maryland Motor Vehicle Administration for use on this vehicle. The Town denies any allegation that this tag was intended to shield the Chief or any other Police Department member from automated traffic enforcement or that its use has been improper,” he writes.

There is no evidence that the confidential tags have been captured  on any speed or red-light camera, because police departments do not maintain records for tickets that are not assigned to any individual or organization.

One police source says that these records are purged because of privacy concerns and the large volume of data these cameras generate.

But the source agreed a confidential tag would generate no ownership records, and thus, no ticket.

When asked about the purpose of the confidential plates or to elaborate on whether they are being used properly, Ferguson said she’s not authorized to discuss the internal security measures of the Edmonston Police Department.

MVA officials declined to comment for the story or acknowledge the existence of the confidential tag program. 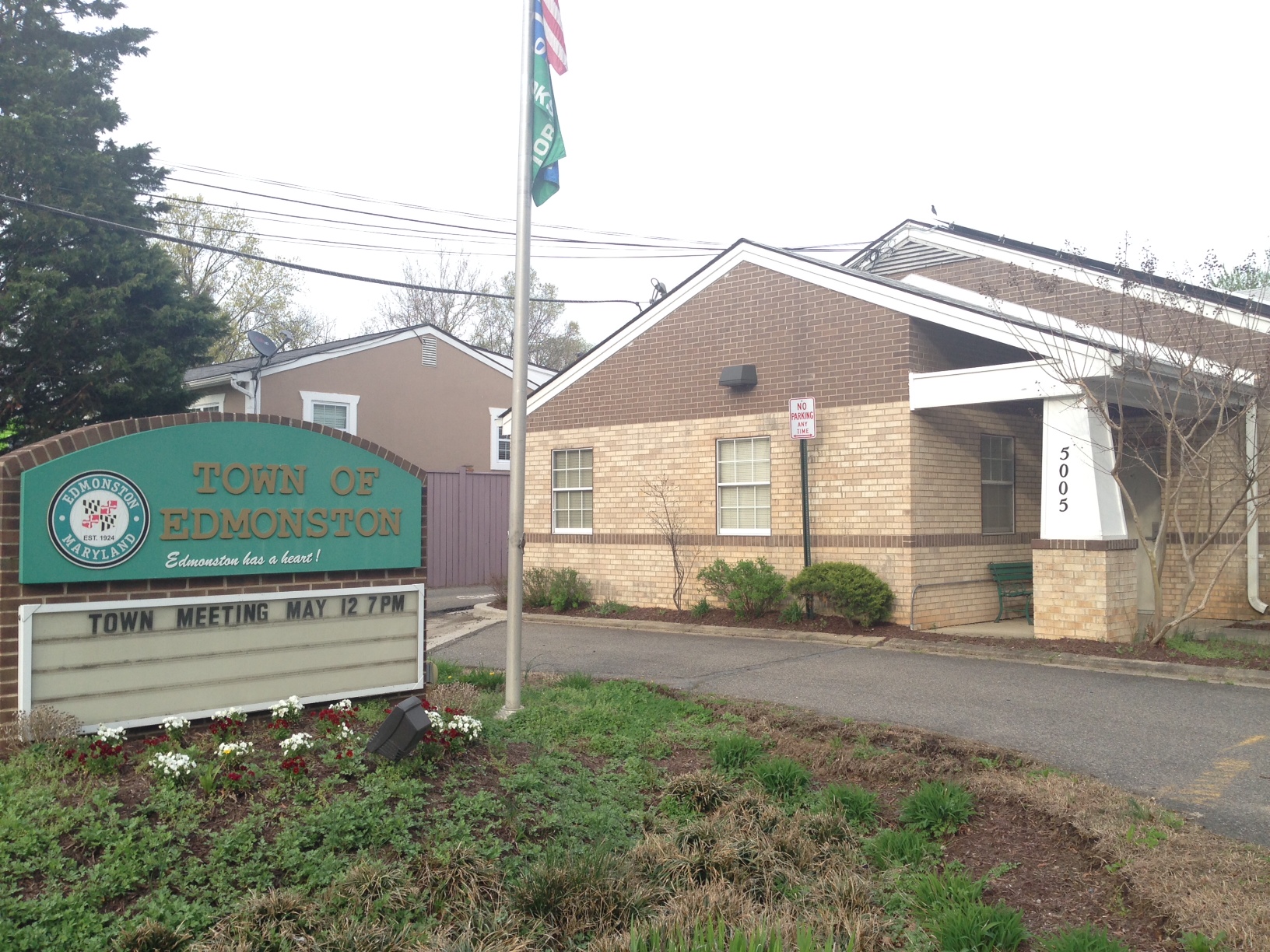