NASA Astronauts Doug Hurley (Hurley flew on STS‐135, the final space shuttle mission in July 2011) and Bob Behnken are orbiting the Earth aboard the International Space Station, after arriving there on a Crew Dragon spacecraft made by a private company called SpaceX.

They achieved orbit Saturday following the successful launch of their Falcon 9 rocket, which by the way, was also made by SpaceX.

The first stage of the Falcon 9 rocket made a perfect recovery, landing at sea, which is another crewed spaceflight first. Previously all crewed mission first stage rockets were “one and done” discarded after one use.

The historic mission, called Demo-2, short for Crew Dragon Demonstration Flight Two, is a major step forward in NASA’s Commercial Crew Program which was started by the previous administration in 2010 to partner with commercial companies in achieving crewed access to Low Earth Orbit (LEO).

In 2014 Boeing and SpaceX received contracts to build crew-capable spacecraft and launch them to the International Space Station (ISS).

Boeing’s CST-100 Starliner had some major setbacks during a December 2019 uncrewed test flight that failed to reach orbit. Boeing will be conducting a repeat uncrewed flight to orbit in the near future to further progress toward launching crewed missions.

SpaceX’s Crew Dragon is well on its way to achieving a spectacular success with the scheduled docking with ISS on 5/31/20. Once docked at ISS it will be determined how long astronauts Hurley and Behnken will remain onboard as part of the current Expedition 63 Crew. Their Crew Dragon spacecraft is rated for 110 days on orbit.

If the Demo-2 mission goes well, ending with a successful splashdown, it will set the stage for an anticipated 2020 Crew-1 Mission which will carry four astronauts on a Crew Dragon to ISS. The Crew-1 astronauts will spend 6 months on ISS.

This is the first launch of American astronauts from American soil (Pad 39A at Kennedy Space Center) using American hardware since Space Shuttle Atlantis in July 2011. The Space Shuttle program was terminated with no replacement.

America and ISS partners have had to rely on Russia’s venerable Soyuz spacecraft and Russian rockets for human access to LEO by buying seats. Current price for an upcoming American flight on Soyuz is $90 million dollars.

Having multiple platforms for human access to space is a good thing. It helps to assure continued human access if a singular platform has an “anomaly” and is grounded as we saw with the Apollo and Space Shuttle programs.

This wonderful U.S. space success comes at a time when the country is suffering from a national pandemic, political issues and full blown riots in multiple cities. It so reminds me of 1968 when Apollo 8 went to orbit the Moon with a crew while the Nation was tearing itself apart.

NASA is building the world’s largest rocket ever, the Space Launch System (SLS) and teaming it with the Orion spacecraft in a program called Artemis. The goal is to land the first woman and next man on the Moon by 2024 as set by the current administration. NASA has a ways to go to meet that goal and is using private companies to build crewed lunar landers in another space first.

As to 2020, no one knows what else this year will bring as far as the pandemic, politics and the economy are concerned. But I am hopeful that rockets carrying humans to space will continue to launch this year and give us a perspective on our planet that we need to remember and embrace as a species.

There is no Earth 2.0…..we need the planet, the planet doesn’t need us.

Wave as they fly over and send a tweet to @ISS and @Astro_Doug and @AstroBehnken. 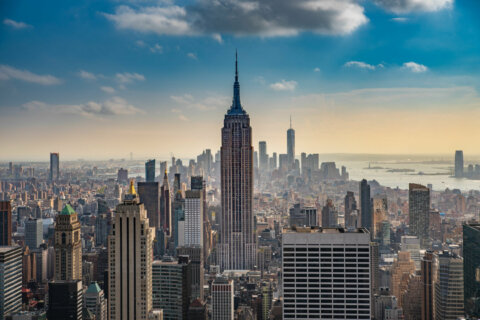 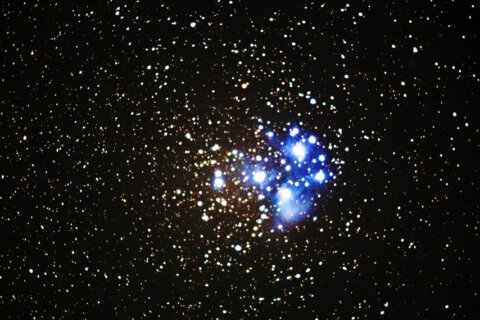