The Washington Football Team saw a long, sordid history of racism and a general disinterest in elevating people of color under its former name. But on Monday, the franchise made a historic hire that seemed to herald better times.

The surprise announcement that Jason Wright would succeed the widely reviled Bruce Allen as the team’s president was not only a breath of fresh air for long-suffering fans, but a victory for diversity in a league desperate for more of it.

Wright is the first Black team president in the NFL’s century of history — a fact every bit as bad as it is good.

The first Black president of an NFL team in the 100-year existence of a league that has been majority black for almost half of that, and is 70 black now isnt cause for celebration — unless you believe he’s the first one qualified to be hired. It’s actually a disgrace.

The Fritz Pollard Alliance gave the hiring its enthusiastic blessing, and it’s easy to see why. The team said Wright’s football background and business acumen make him uniquely qualified for the job. His interview on WTOP Monday afternoon revealed he’s as thoughtful as he is intelligent and has what sounds like a solid plan to help change the franchise’s toxic culture.

“We need great people, leaders across the organization that create an environment where everybody feels included and can do their best work,” Wright told WTOP.

“We’re going to have a trust-based organization that’s established through consistent messaging from the top and role modeling from our most senior leaders.”

But that has to start with Dan Snyder, and if anything has been proven over the 21 years of his ownership tenure, it’s that he can turn something good into a fully engulfed dumpster fire. The examples are legion regardless of race, but among minorities, for every Doug Williams in the team’s history, there’s a Bobby Mitchell being disrespected and overlooked for decades. Consider it an extension of a leaguewide pattern of less patience for leaders of color.

I’m not necessarily saying Wright will be disregarded like Mitchell or discarded as quickly as Scot McCloughan. But Snyder’s ledger — which includes more embarrassments than winning seasons from Super Bowl-winning coaches Joe Gibbs and Mike Shanahan — certainly implies that Wright is, at best, starting this daunting task from his own end zone.

Wright and Washington’s other key minority hires — head coach Ron Rivera, assistant coach Jennifer King and senior vice president of media Julie Donaldson — are all in a tough spot. There’s generally pressure on minorities and women to represent well, not only for their own careers, but for other minorities and women that come after them.

Trying to succeed in a difficult business while also fighting the franchise’s gravitational pull of dysfunction has proven too difficult for even the sport’s all-time best, which is why most Washington fans enthusiastically nod their heads in approval when reading reports of the team’s minority owners actively trying to push Snyder out.

But, in all likelihood, Snyder isn’t going anywhere anytime soon. So Washington fans are left to hope he suddenly comes to realize what it takes to be a good owner and reverses course on 21 years of demonstrating the exact opposite. He’s got to mend fences with his partners, the employees he’s failed for years and then listen to Wright the same way he did Allen.

And, Snyder has to grant Wright and Rivera the time and autonomy to give Washington the organizational enema it so desperately needs. In 10 years under Allen, Washington went 62-97-1. If Wright and Rivera aren’t given just as long to fix that mess, Snyder will rightfully have to answer why.

But if nothing else happened Monday, Washington just became more diverse at key leadership roles and a lot more likable than it has been in previous years. That’s a good start. 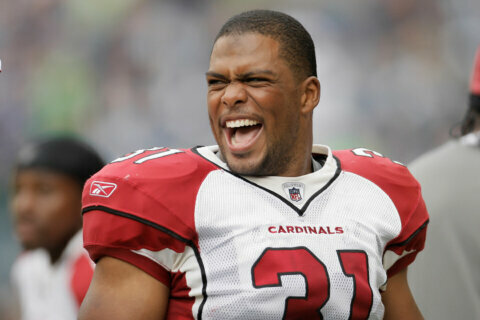