Column: The NCAA is desperate for reform, but it’s still not ready for it

The NCAA has made a big show of what it's doing to reform it's broken system without offering any actual solutions.

WASHINGTON — Let nobody convince you that the NCAA system is working.

There wouldn’t be FBI raids. There wouldn’t be a Rice Commission. There wouldn’t be the Aspen Institute panel that took place last week. Their very existence is proof enough that the system is broken and in need of comprehensive reform. Unfortunately, the NCAA continues to prove through its actions that it lacks the political will to actually fix it.

The NCAA assembled the Rice Commission to at least attempt to deliver on the appearance that it had that will, only to have the results confirm that it does not. Aside from telling the NBA the reforms that it should make, the commission failed to provide any substantive recommendation for reform for the NCAA itself. That made it that all the more interesting that former Georgetown Head Basketball Coach John Thompson III, who was on the commission, was also a part of the panel on the topic of potentially compensating college athletes at the Aspen Institute.

“I think that it’s time to start having these discussions, to see what that would look like,” Thompson said at the panel. “We need to wait until the Jenkins case and everything else gets hashed through first before you can actually go down that path.”

But, of course, that’s not really true. The NCAA could be proactive, rather than waiting for the courts to decide. That case would go away entirely if the NCAA actually took it upon itself to change its rules; it simply isn’t willing to be so. If Thompson doesn’t realize that, one wonders what he was doing on the Rice Commission in the first place. If he does realize it, but is simply hoping that the rest of us don’t, then he’s simply carrying water for the NCAA, hoping it wins in court, or continues delaying a case that is already four years old.

The Jenkins case Thompson referred to is Martin Jenkins v NCAA, set to be heard later this year by U.S. District Judge Claudia Wilken, the same judge who ruled in favor of Ed O’Bannon in his own suit against the NCAA. Wilken ruled that the NCAA’s amateurism rules that prevented players from earning money for their names, images, and likenesses violated federal antitrust law, a ruling which has been held up on appeal. With that precedent, the NCAA is now facing further threats to its antiquated model.

“They’ve essentially made their own bed that they’re dealing with in these litigation cases right now,” Tammi Gaw, an attorney who was present at the Aspen panel, told WTOP. “Because they’re so determined that they could hold onto this old school, pre-TV deal, pre-large sponsorship deal, pre-social media, pre all of this — they’re so convinced that they can hold onto this arcane system, that they’ve shot themselves in the foot.”

The NCAA pretends we all still live in a world where revenues for the Power 5 conferences increased from $570 million in 2005 to $2.1 billion in 2015, where individual athletes don’t have bigger social media followings than entire programs, where even the Olympics have dumped the strict, retrograde model of amateurism to accommodate to the reality of present day.

When O’Bannon won, Electronic Arts, the company responsible for making the NCAA basketball and football video games before the lawsuit, was happy to come back to the table to do so once more, this time with a carve out for players. The NCAA said no, refusing to offer its licensing, foregoing its own share of the pie simply to prevent the athletes from being able to earn anything themselves, to keep that floodgate closed for as long as it could.

“They preferred to take their ball and go home,” said Andy Schwarz, a sports economist on the Aspen panel with Thompson. “No one could play if it meant that everyone could play.”

If you’re against allowing NCAA athletes to make money, ask yourself why. I’m not necessarily talking about the school paying them a salary on top of their scholarship, which would cost the institution money. I’m talking about allowing them to sign autographs for money, or sell Gatorade, or run ads for companies on their popular social media platforms. It costs schools nothing.

“We have rights as Americans, and to abrogate them because they’re college athletes seems wrong,” said Schwarz.

The third member of the panel was Clemson Athletic Director Dan Radakovich. When Schwarz started offering the various pathways forward, either through an Olympic-style model or one in which the NCAA conferences could dictate terms and compete in an open marketplace, Radakovich turned another direction.

“Andy, you’ve never been on an NCAA Committee, have you?” he chuckled. “That’s a wonderful idea, but gosh.”

His response, essentially, was to say, “Golly, it’s just so much work to fix all this.” Which is true — it’s going to take a tremendous amount of effort, and possibly some trial and error to reform the system into one that benefits athletes fairly. But that’s not a reason not to do it. As an athletic director — especially one paid more than $800,000 per year on the backs of your athletes — that is specifically your job to figure those things out.

Nigel Hayes, former Wisconsin basketball player, current Sacramento King, and co-plaintiff in the Jenkins case was on the second panel, watching Radakovich’s comments from the crowd. He spoke with WTOP after the event about his frustrations.

Interestingly, Hayes said his college coach, the legendary Bo Ryan, was actually in favor of players being able to get paid.

“If you care about your players, then yes, you are in favor of that,” said Hayes. “Because you know what your players are going through, where they’re coming from.”

As Thompson pointed out on the panel, the value of a Georgetown scholarship is worth something like $72,000 per year, or about $290,000 over the course of four years. Certainly that is valuable. So valuable, he argued, that the last man on the bench of the basketball team was actually getting a great deal.

“Is the value of that number 12 man on that team who is also getting that 290 (thousand)? He’s making out!”

But Schwarz countered with a question: “Why did you give him a full scholarship if he wasn’t worth it?”

The NCAA’s counter rule means that if any athlete in football or basketball receives any part of a scholarship, you can’t chop up the remainder of that scholarship to share with another player. But you don’t have to offer the player the full amount. Of course, if you didn’t, they would simply go to another school that would. The market dictates that they do, in fact, deserve it.

“Because athletes are worth it, they get it,” said Schwarz.

Inadvertently, Thompson made Schwarz’s point for him — the 12th man on the bench isn’t overcompensated at all. But if the star is only receiving the same amount as that 12th man, he is clearly being undercompensated for his value.

There isn’t one clear, obvious way forward. But there are plenty of options. For the NCAA to pursue none of them, hiding behind the legal process that they could easily circumvent, only goes to prove that they know the system is effectively exploiting the athletes upon which their empire is built. 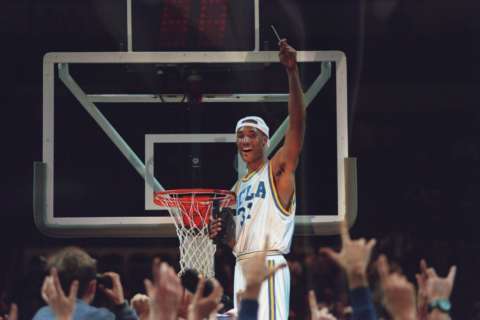 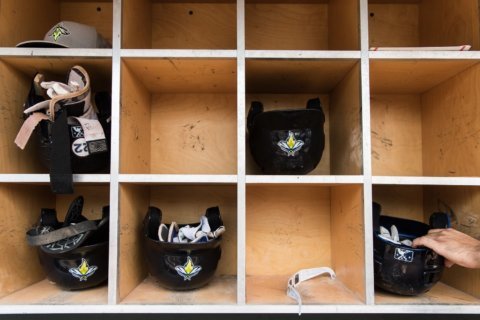 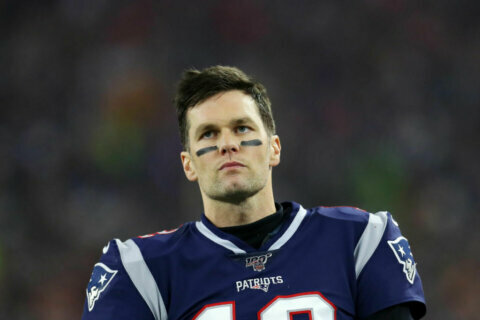